The suit says that the state possesses the firearms, ammunition and trained personnel necessary to carry out a firing squad execution. The suit says that Big Buck Shooting Range, on the grounds of Riverbend Maximum Security Institution, can "easily accommodate what little equipment is required for an execution by firing squad." 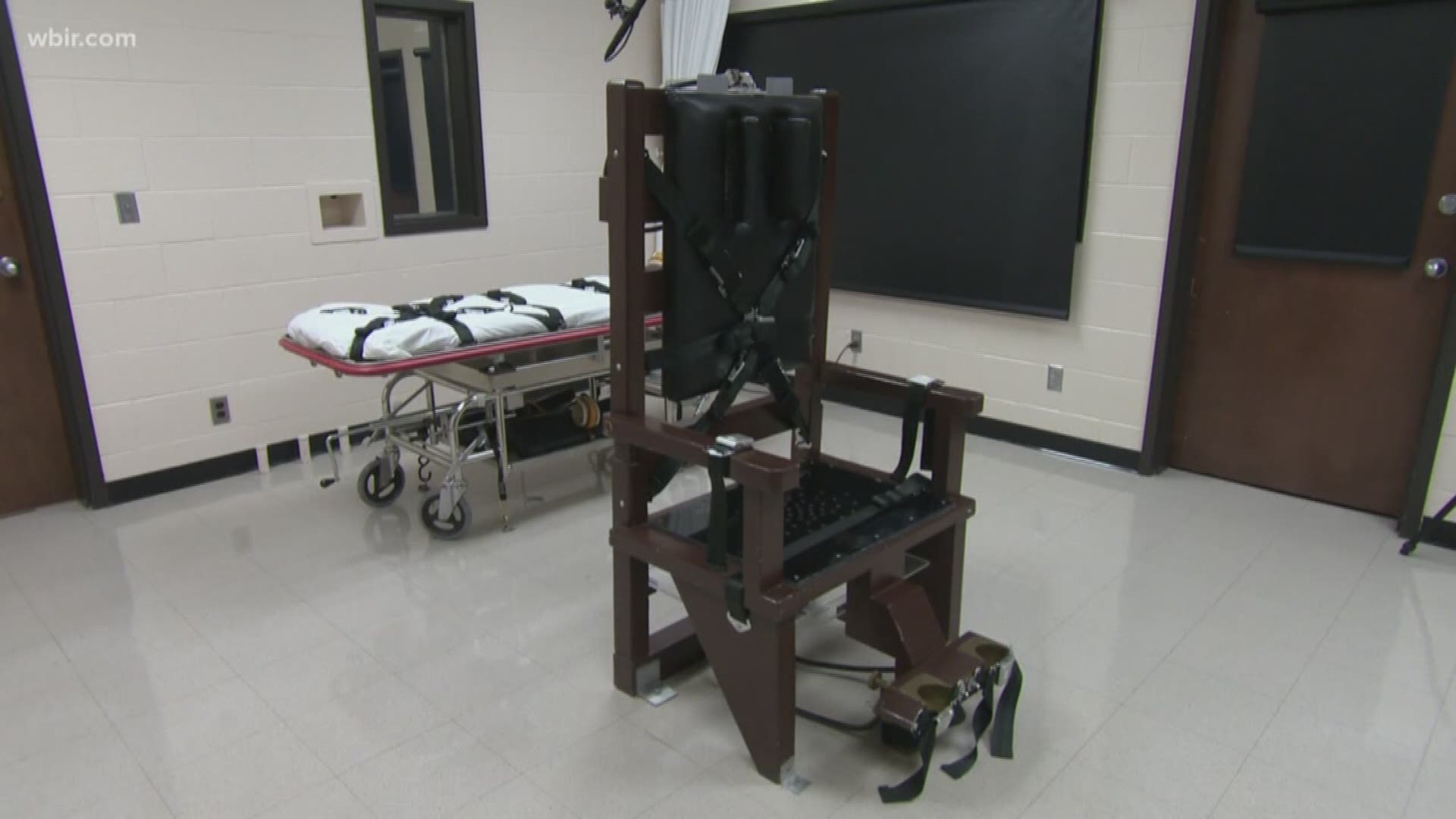 Lawyers for four Tennessee death row inmates are asking a federal judge to allow them to choose a firing squad as an alternative to Tennessee's lethal injection or electric chair execution methods.

The inmates filing suit include David Earl Miller, the next man set to die in Tennessee for his crimes.

Miller, sentenced to death for the 1981 rape and murder of 23-year-old Lee Standifer in Knoxville, is scheduled to be executed Dec. 6.

The suit asks the court to postpone Miller's execution until the court can hear the case.

Miller, under Tennessee's protocol, will be asked to select his method of execution on Tuesday — 30 days before his execution date.

The lawsuit asks the court to temporarily stop state officials from presenting Miller with that choice.

The lawsuit was filed a day after 63-year-old Edmund Zagorski was executed by electric chair for the 1983 murders of John Dotson and Jimmy Porter in Robertson County.

Before his death, attorneys for Zagorski filed multiple challenges to his execution.

They won one: Zagorski was granted the right to choose the chair after his legal challenge to Tennessee’s three-drug lethal injection protocol failed. His attorneys argued death by electrocution would be quicker, but maintained that both methods are unconstitutional.

On Aug. 9, the lethal injection execution of Billy Ray Irick took at least 20 minutes to complete.

In the suit, lawyers for Miller and three other death row inmates — Nicholas Todd Sutton, Stephen Michael West and Terry Lynn King — argued that the state's electric chair "is sure or very likely to inflict a gruesome and torturous death" since the state fails to take into account the difference between individual prisoners that include pain thresholds and the varying amounts of current required to cause unconsciousness.

The suit says that the state possesses the firearms, ammunition and trained personnel necessary to carry out a firing squad execution. The suit says that Big Buck Shooting Range, on the grounds of Riverbend Maximum Security Institution, can "easily accommodate what little equipment is required for an execution by firing squad."

Trained professionals reduce error rates in firing-squad executions, the suit claims. Should there be human error, procedure for military executions have a back-up plan: the "coup de grace," which consists of holding the muzzle of a handgun "just above the ear and one foot from the head" to complete the execution, according to the lawsuit filed late Friday.

If the court rules against the firing squad, the lawsuit suggests the following alternative methods of execution:

Orally administering the drugs: This method suggests there are medications that could be administered orally instead of through injection in sweet liquids, such as fruit juice.

Pentobarbital: Other states, including Texas, use the drug. Although Tennessee prison officials have said they can't obtain it, attorneys here argue they haven't tried hard enough.

Removing the vecuronium bromide: Simply removing the second drug from the current three-drug method would reduce the chance the offender is tortured, according to the lawsuit. Attorneys tried to raise this argument late in Irick's legal proceedings as well.

The suit also seeks an order allowing two defense lawyers to be present during any execution to ensure that should one attorney leave the room to use a phone, the second attorney can be allowed to communicate the conditions inside the room.

Only Mississippi, Oklahoma and Utah formally authorize the use of a firing squad, according to the Death Penalty Information Center. Utah officials executed an inmate by firing squad in 2010, the most recent usage in the United States.

If a court determines the electric chair is unconstitutional, then the state is allowed to carry out executions via "any constitutional method." In theory, that could mean a firing squad, but that would require several significant court rulings.

In 2017, the U.S. Supreme Court denied an Alabama offender's request to die by a firing squad instead of lethal injection. However, Justices Sonia Sotomayor and Stephen Breyer dissented with the majority of the court.

"Even if a prisoner can prove that the state plans to kill him in an intolerably cruel manner, and even if he can prove that there is a feasible alternative, all a state has to do to execute him through an unconstitutional method is to pass a statute declining to authorize any alternative method," Sotomayor wrote in her dissent, as reported by USA TODAY. "This cannot be right."