10News breaks down the timeline of events in the Roane County child abuse case as major new details unfolded everyday. 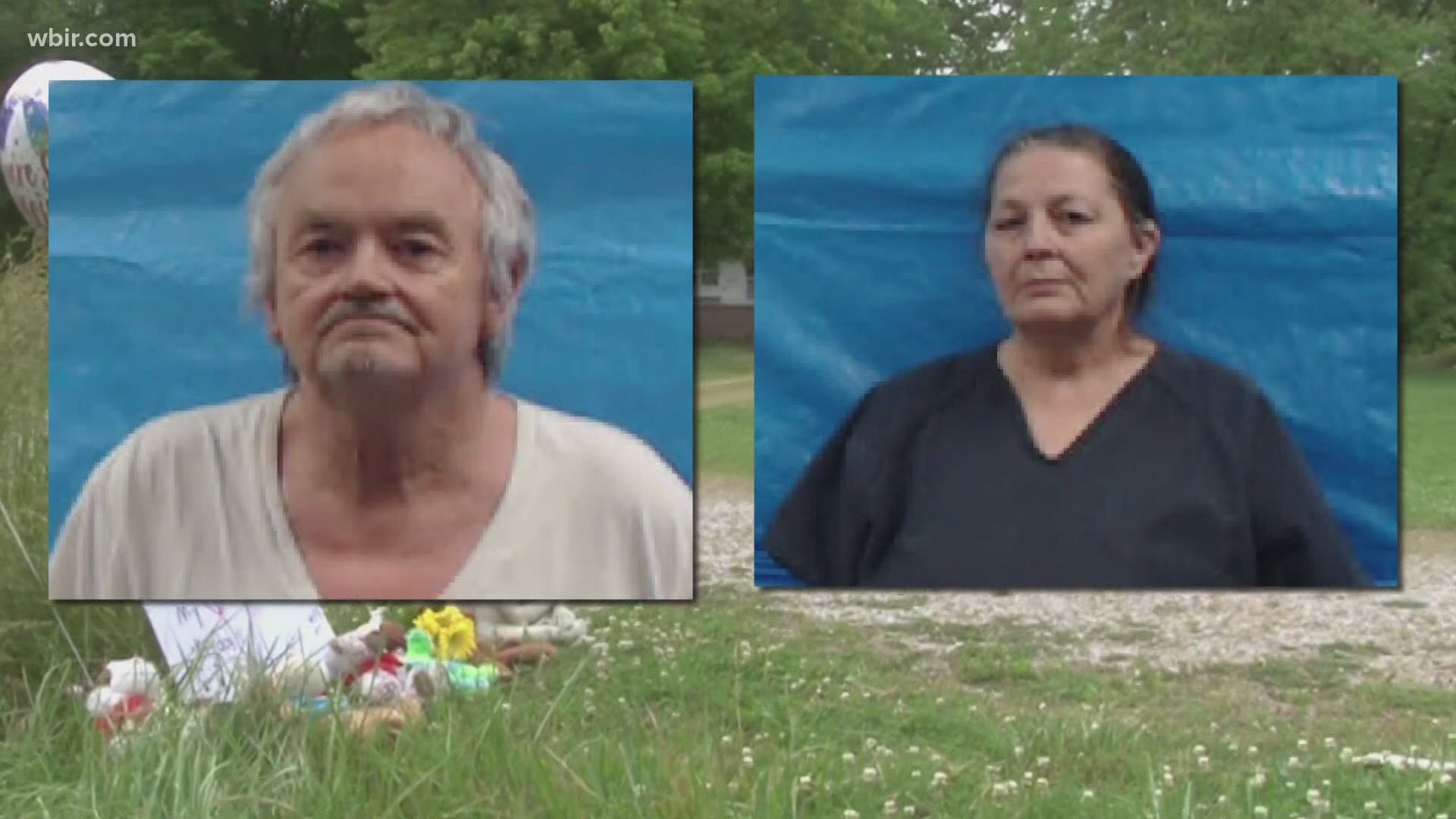 ROANE COUNTY, Tenn. — Looking back at this past week, 10News breaks down the timeline of events in the Roane County child abuse case as major new details unfolded everyday.

It started last Friday, May 22, when neighbors saw a boy near Dry Fork Valley Road in Roane County riding a scooter

"His condition whatever was going on drew the attention of two people passing by," said 9th Judicial District Attorney General Russell Johnson.

The couple called 911. Eventually officers found out where the boy lived and brought him home to Michael and Shirley Gray.

"There was feces on the wall, no running water and open wires," said Roane County General Sessions Judge Terry Stevens.

Michael was immediately taken to be interviewed by the Department of Children's Services. "He made a statement about a child being buried in the backyard," said Johnson.

Officers returned to the Roane County home, finding another boy locked in the basement.

On Saturday, May 23,  officers started digging and found a girl's remains in the barn.

On the same day in Knox County, the Sheriff's Office began searching a home owned by the Gray's son Michael Jr. on Cedarbreeze Drive in Halls. The home was previously owned by Michael Sr. and Shirley.

Neighbors said deputies took evidence from inside and dug in the yard.

On Sunday, May 24, the three children found in the Gray's home were interviewed. "No formal education and were in fact appeared to be amazed at what a refrigerator does when they observed one in their temporary foster home," said Stevens.

On Monday, May 25, authorities arrested Michael and Shirley Gray, They appeared in court Tuesday, May 26, held on a $500,000 bond.

Former neighbors are now grieving. "We didn't expect this to happen in our area," one said. "We just had no idea," another neighbor said.

On Thursday, May 27, KCSO and a Roane County investigator returned to the Knox County home once again collecting evidence.

Investigators have not confirmed whether the search at the Halls home is related to the Roane County case.

There are no public charges against Michael Gray Jr.

On Friday, a search warrant affidavit confirmed that Knox County authorities recovered a boy's remains from the yard of that home in Halls. It is the second dead child linked to the couple. Authorities believe that Michael and Shirley Gray continued to draw monetary benefits meant for the care of both children.