Eric Boyd, 47, was indicted last year -- 11 years after the crimes -- on charges of rape, robbery, kidnapping and murder. 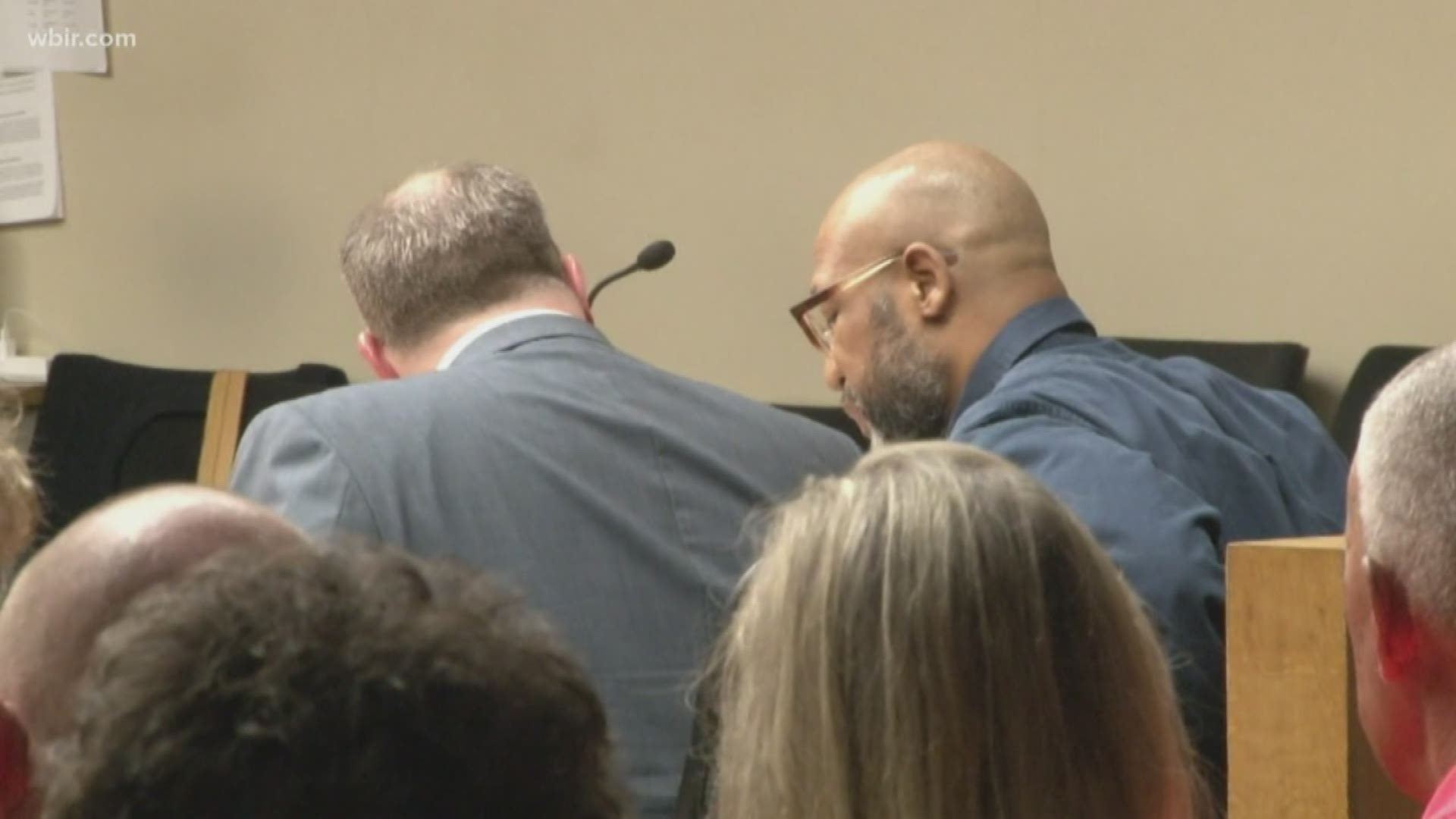 KNOXVILLE, Tennessee — WBIR will live stream the trial of Eric Boyd on WBIR.com, the WBIR app, and the WBIR YouTube page.

The Knoxville man long suspected of helping in the torture-slayings of a young Knox County couple appeared Monday morning in court, seven days before the start of his murder trial.

Eric D. Boyd, 47, faces an Aug. 5 trial in Knox County Criminal Court on charges that include kidnapping, rape and murder. He's accused of having a direct role in the attacks on Chris Newsom, 23, and Channon Christian, 21, in January 2007.

On Monday morning, Judge Bob McGee briefly discussed with lawyers the procedures for jury selection, which will include screening what they know about Boyd and the killings.

Some 80 prospective jurors will be brought in Aug. 5. The goal is to assemble a total of 16 people to hear the case, including four alternates who will step in in case someone must be excused.

If more potential jurors are needed after Monday, they'll be called in.

Boyd said nothing Monday as he sat with defense attorney Clinton Frazier.

Convicted in federal court in 2008 of helping hide ringleader Lemaricus Davidson after the killings, Boyd has been held for months in Knox County. He's officially serving his federal sentence in a penitentiary in Yazoo City, Miss.

Trial is expected to take about two weeks, and jury selection could take several days as the judge, Frazier and prosecutors TaKisha Fitzgerald and Phil Morton weed out who should serve on the jury.

RELATED: 'It would have given her a chance to go home': Self-defense school honors Channon Christian, Christopher Newsom

In addition to Boyd's 2008 federal trial, four people including Davidson have previously faced trials -- and two later got retrials.

McGee ruled this summer that a local panel of citizens would hear the case rather than bring in prospective jurors from outside the county. Frazier has argued there's been so much publicity about the case through the years that it's not possible for his client to get a fair trial here.

Prospective jurors are answering a 30-page questionnaire to probe their backgrounds and knowledge of the case.

Frazier has not asked that the Knox County jury be sequestered, meaning they'll be free to go home every day. Often in past high-profile trials, judges preferred to house juries in a West Knox County hotel during trial.

A Knox County grand jury indicted Boyd in 2018 in the killings.

The killers and the crimes

Boyd was a convicted Knox County robber serving time in prison when he met and became friends with Davidson, a felon, in the mid 2000s.

Davidson, his brother, Letalvis Cobbins, Cobbins' girlfriend, Vanessa Coleman,and their friend, George Thomas, have all been convicted for taking part in some way in the carjackings, rapes, robberies and killings of Christian and Newsom.

Davidson is on death row. Cobbins is serving life in prison without a chance to get out. Thomas faces a long sentence but is eligible for parole when he's in his 80s. Coleman is up for a second parole hearing in December 2020 but has a sentence that formally ends in 2037.

For years, the victims of the families suspected Boyd was much more involved in the attacks. The prosecution, however, declined to seek state indictment.

Some of the defendants themselves said Boyd did a lot more.

Cobbins testified at his trial in August 2009 that Boyd rode with him and Davidson to the Knoxville apartment complex where they came upon and carjacked Christian and Newsom.

Cobbins also testified that Boyd brought a blindfolded Newsom into Davidson's rental house on Chipman Street after the carjacking.

Newsom's family also has suspected that Boyd raped Chris Newsom. Analysts found semen in Newsom's anus after the killings but could not confirm to whom it belonged.

Boyd helped Davidson hide in an empty house on Reynolds Street near Western Avenue until authorities captured him Jan. 11, 2007.

In April 2008, a federal jury convicted Boyd of being an accessory after the kidnapping and of harboring Davidson. His federal sentence ends in 2022.

George Thomas, now 36, could offer information. Last week, Thomas was brought to the Knox County jail from Northeast Correctional Complex in Mountain City, Tenn., where he is serving his sentence.

None of the defendants has testified against the other.

Dozens of witnesses are on the state's list to potentially testify against Boyd. They include KPD personnel, Davidson's former girlfriend and a Kentucky woman who took Coleman, Thomas and Cobbins in after the killings.