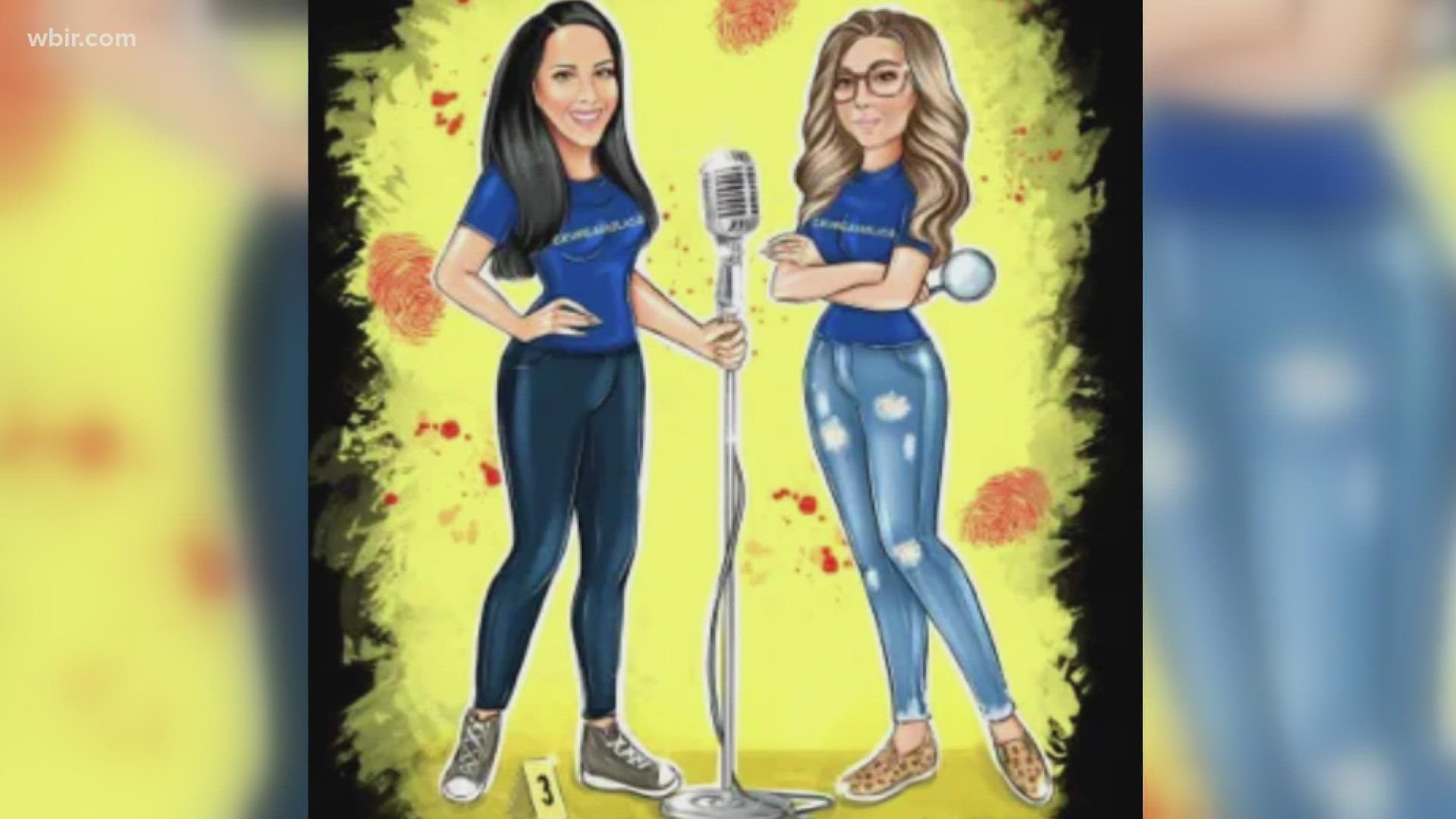 KNOXVILLE, Tenn. — A podcast that started as a school project is turning into a sensation among true crime fans. People across the nation are listening to Crimeaholics. One of the two hosts lives in East Tennessee. She is a criminal justice student and said that the podcast started as a hobby.

Now, Kenzi Durbinway said the podcast is a way of life. It has become her mission to bring awareness to unsolved and missing person cases. The podcast got more than 500,000 downloads just in the first year.

“Never in a million years I thought we’d get here,” Durbin said. “One of the biggest things that we hear almost in every positive review is that Holly and I are set apart from most people who do this because of how passionate we are and how caring we are for these families and these victims.”

She said she wants the families she showcases to know their loved ones haven't been forgotten.

“It’s really to just bring awareness to missing people because they do go forgotten so easily," she said. “Knowing that we’ve been able to give so many people a voice, we just want to be able to continue doing that."

The goal is to remind people that each victim is somebody’s family member and that behind the story can be a family left without answers. That can include people like Maryellen Haider, whose son Eric Haider’s death is a part of an unsolved investigation that started almost a decade ago.

Durbin and her co-host Holly told Heider’s story on their podcast in September last year.

“I don’t know who was more nervous, the girls or me. But had we not done that, we wouldn’t have had the exposure or the experience that we did have which was all positive,” Haider said.

The girls recently dug into the disappearance of Summer wells. Durbin said they hope to get the community’s help to find answers. You can stream Crimeaholics on Apple, Spotify, and iHeart radio.