The video shows a man walking down the street with what appears to be a crowbar or giant stick. He approaches the geese and flings it right at the flock. 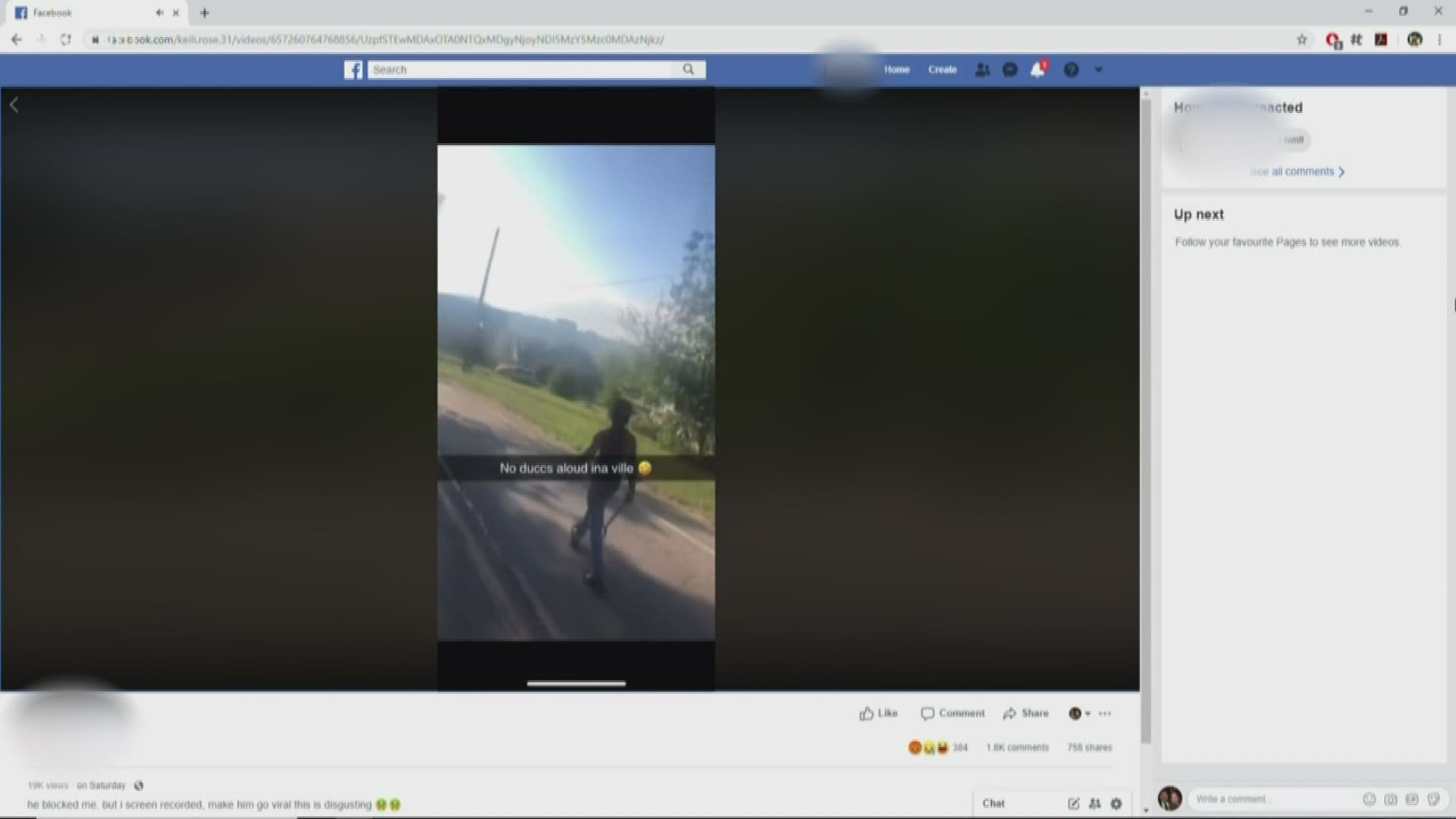 KNOXVILLE, Tenn. — The Tennessee Wildlife Resource Agency said Tuesday officers are still investigating after it teamed up with the United States Fish and Wildlife Service to investigate a video circulating the internet of a man injuring a Canada Goose in Knoxville.

The TWRA said officers interviewed two people of interest Tuesday and took statements about the incident, but no arrests have been made yet. The TWRA said its findings will be presented to the Knox County district attorney's office to determine if charges will be filed.

The video, which WBIR has not obtained the rights to, shows a man walking down the street with what appears to be a crowbar or giant stick. He approaches the geese and flings it right at the flock.

The goose is heard wailing in pain and it stopped in its tracks. You can see one of its wings stick straight up like something was wrong.

The person recording the video can be heard laughing and saying "that's dead, boy".

It's unclear who the people in the video are and where the incident happened, at this time.

“All I can say is that it’s under joint investigation by (the) Tennessee Wildlife Resource Agency and United States Fish and Wildlife Service officers," TWRA spokesperson Matt Cameron said in a statement to 10News Monday.

The video was shared in a Knoxville Facebook group and some people have said it happened near Knoxville College and Reynolds Street.

Someone also later posted a photo of the goose dead on the street.

10News has also reached out to Knoxville Police. A department spokesperson said it was checking with animal control.

Federal law protects Canada geese. It is illegal to harm geese, their eggs, or their nests in the United States without permission from the U.S. Fish and Wildlife Service. According to the Humane Society of the United States, geese may be harassed or scared away without a permit as long as the geese, goslings, eggs, and nests are not harmed.

The Canada Goose is the only goose that nests in Tennessee, according to TWRA.

This story will continue to be updated as more information becomes available.