Deputies said Knuckles entered a home a few hundred yards away from the jail without permission before the homeowner quickly subdued him. 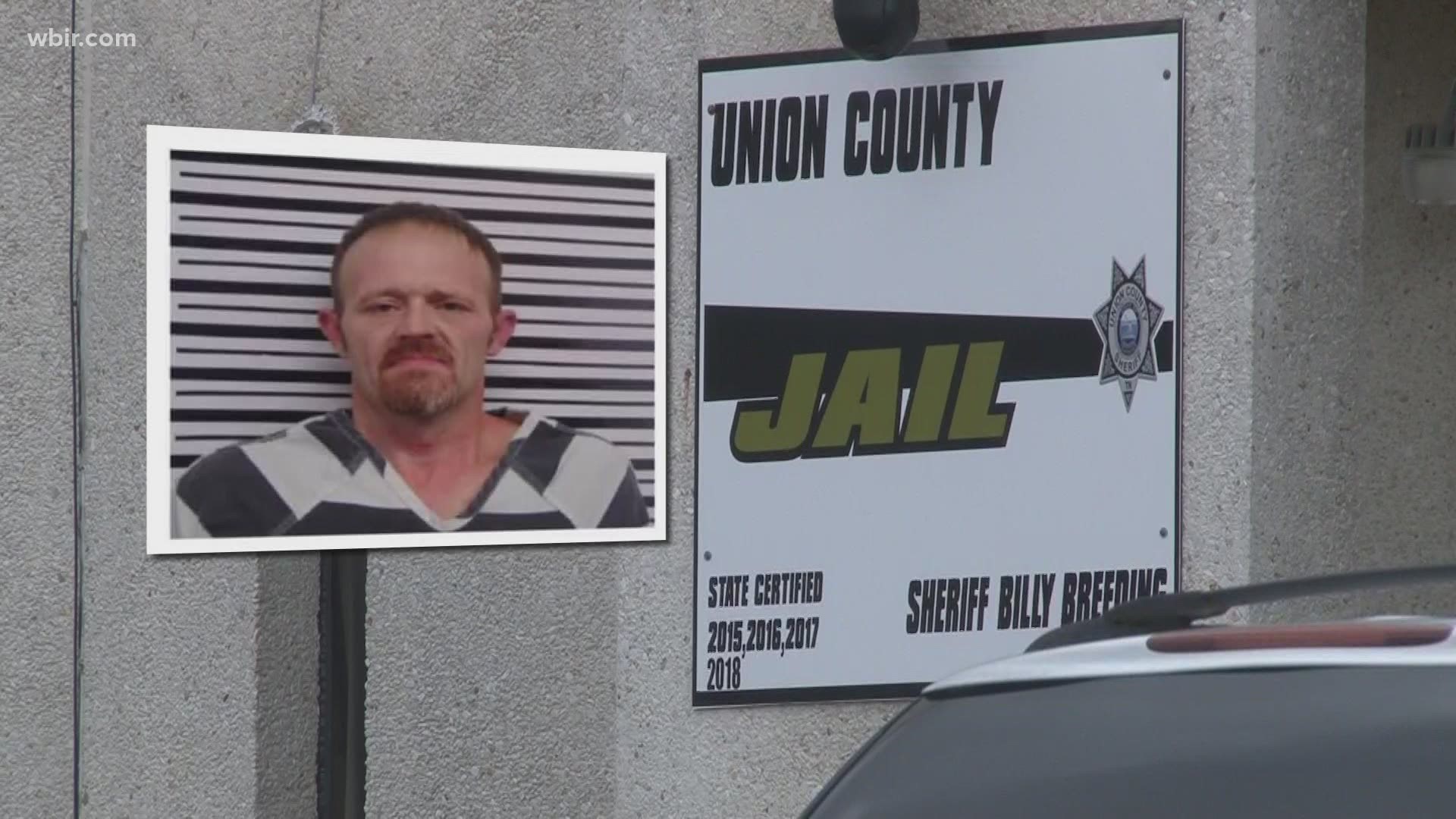 UNION COUNTY, Tenn. — The Union County Sheriff's Office said an inmate who escaped custody at the jail on Monday was recaptured with the help of a nearby resident.

According to the UCSO Tony Knuckles had been meeting with his attorney around 1:40 p.m. when he breached a security door and ran out of the jail.

The UCSO sent in K-9 teams to track Knuckles, and found him about 500 yards from the jail at a home off Spring Street, where Knuckles got a very rude welcome.

Scott A. Ray, 50, told 10News that he heard sirens, and shortly after, Knuckles burst into his home. He said Knuckles wasn't wearing a shirt or shoes and asked Ray's fiance to hide him from the law.

Instead, Ray, who had been doing laundry and had just removed a belt from a pair of pants, wrapped the belt around Knuckles' neck and used it to lift him off the ground.

Ray told Knuckles to get on the ground and roll over on his stomach, but he refused. Ray said he punched Knuckles until he complied.

"What do you really do in a situation like that," Ray questioned. "I mean, you don't think about it. You just do it."

Ray's fiance called 911 and yelled out the door to law enforcement who were already in the area. Deputies arrived minutes later, taking Knuckles back into custody just 22 minutes after he escaped.

"If a man is daring enough to walk into another man's house, you're gonna have to pay the consequences," Ray said.

Ray, a truck driver, told 10News "That guy messed with the wrong house."

Ray said he did what he had to do to protect his family. His 3-year-old son was also home, but Ray said he was napping in another room and didn't see what happened.