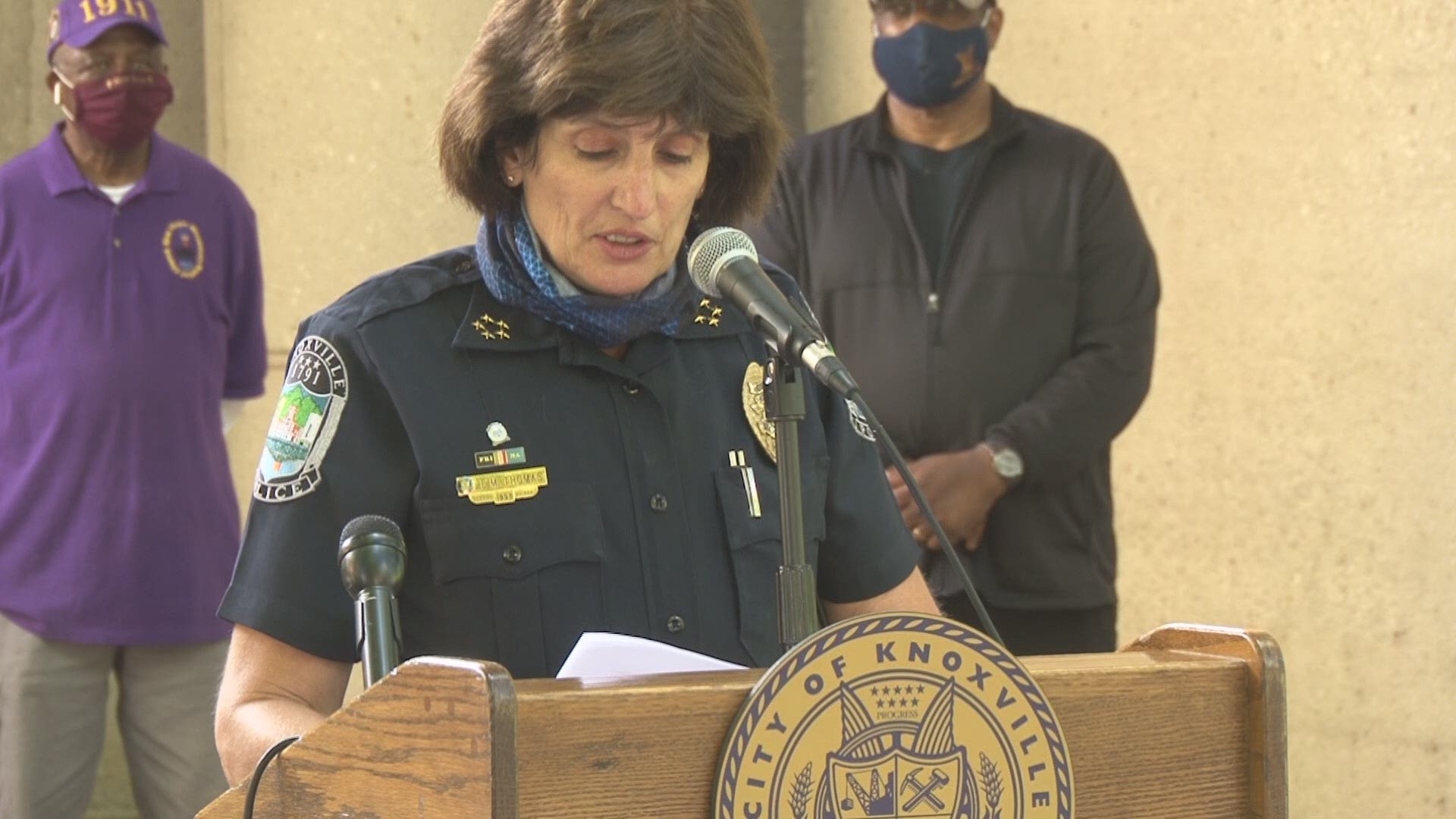 KNOXVILLE, Tenn. — University of Tennessee Police are warning students and staff about an uptick in crime across campus as law enforcement leaders work to curb a sudden growth in violent crimes across Knoxville at large.

UTPD is partnering with the Knoxville Police Department to increase presence in the area, saying most weekends see 10 or more KPD officers assigned to the Cumberland Avenue district that they keep regular communication with.

"I hope to see improvement in this area, but it would be prudent for our students to consider the need to be in that area late at night," Lane said.

In light of recent crime around @UTKnoxville, Chief Lane has provided a response to the campus community. Follow the link to learn more about these incidents, resources available, trends, actions and plans we have to address these issues.https://t.co/Nog3GRCswA pic.twitter.com/9pzrRvp5yH

Lane said campus police have responded to a notable increase in auto burglaries and stolen vehicles lately, urging people to be cautious and to ensure they are locking their doors.

"In almost every case, the thefts are occurring from vehicles left unlocked. Alarmingly, one recent auto burglary resulted in a loaded firearm being stolen from a student’s unlocked vehicle," he said.

Police said they arrested two juveniles and an adult in that burglary, saying they also stole a vehicle that had been left unlocked with the keys still inside. UTPD said the stolen handgun was recovered at the home of a 14-year-old suspect.

"We suspect that many other such crimes are likely connected to this same group and we will charge them with those crimes if we develop probable cause," he said. "I should add that we referred the owner of the stolen firearm to UT’s Office of Student Conduct and Community Standards in lieu of charging him criminally, as leaving an unsecured firearm in a vehicle is a violation of the law (and a very bad idea)."

UTPD said vehicle thefts have targeted slightly older Jeeps this year, as it believes the theft deterrent systems are easily defeated and they can be stropped and sold for parts quickly.

Carjacking has also been a problem. Lane said UTPD sent out a campus safety notice about a recent incident after a student was approached by a young female asking for a ride before being pulled from her car by a group of male suspects. UTPD said four juveniles were identified as suspects.

"As you probably already noticed, many of the issues I’ve identified involve juveniles. This unfortunate truth may easily cause you to question the supervision and lack of resources available to these kids who may, because of current COVID related concerns, not be attending school or be otherwise appropriately occupied," Lane said.

UTPD provided a list of safety resources for student and staff that it wants them to be familiar with at this link.