Paul Hollins is facing another sexual battery charge after grabbing and caressing a woman Saturday, a warrant states. 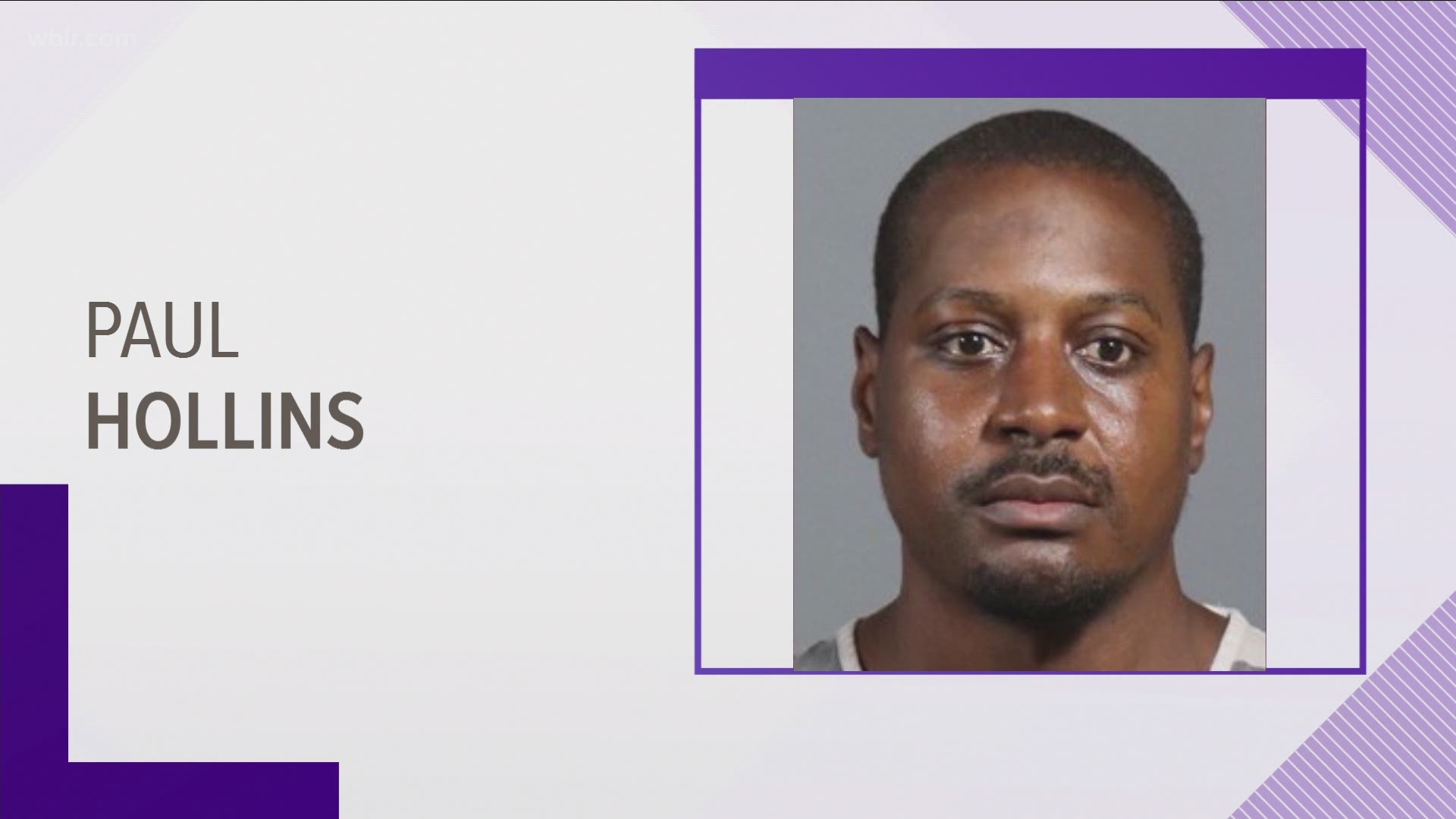 KNOXVILLE, Tenn. — A Knoxville man previously accused of groping women under the ruse of filming a YouTube segment picked up a new charge after a Saturday incident on the Cumberland Avenue Strip.

According to a warrant, officers were alerted about a man named Paul Hollins possibly touching women inappropriately about 9 p.m. Saturday in the 1800 block of Cumberland.

Hollins, 33, was charged last month with fondling women while pretending to work on a YouTube segment called "Cash Or Grab."

Knoxville Police Department officers spotted a man matching Hollins' description with a "camera and microphone in hand" in the area, the warrant states.

They were flagged down in a parking lot by two women who said they were just assaulted.

One of the women said she was walking by Hollins when he put his arm around her and started to caress her shoulders against her wishes, the warrant states. The other woman declined to prosecute, according to the warrant.

According to the warrant, officers caught up to Hollins on a bicycle and arrested him.

Hollins was out on bond at the time of the arrest, having been charged in two previous incidents. The charges are pending before a Knox County grand jury.

PREVIOUS STORY: AUGUST 28: The police investigation is widening into a Knoxville man who allegedly used a YouTube game as a ploy to grab and fondle young women.

Paul A. Hollins, 32, is now charged in Knox County General Sessions Court with felony sexual battery for an Aug. 19 incident that occurred at a Knoxville Target store.

Hollins previously had been charged with misdemeanor trespassing on the University of Tennessee Agricultural campus.

Hollins allegedly slapped a victim's buttocks at the Target on Ray Mears Boulevard west of West Town Mall, according to the Knoxville Police Department.

He approached the woman and said he was a YouTube content producer making a video popularly known as "Cash or Grab".

"Hollins then instructed the victim that he would ask a series of questions for a cash prize. He also stated without a thorough explanation that if she answered incorrectly then it’s a “grab,” according to a KPD news release.

After the woman told police she wasn't able to answer any of the questions correctly, Hollins asked her to lean down for a hug and he slapped her behind with both hands without her consent, according to the Police Department.

More charges are expected, according to KPD, because authorities think he's done this repeatedly to women, including on UT property.

If you have any information about Hollins or if you think you've been victimized by him, you're asked to call KPD Investigator Brandon Wardlaw at 865-215-7017. That includes women even if they previously reported it to the University of Tennessee Police Department, according to KPD.

PREVIOUS STORY: August 27 A 32-year-old Knoxville man faces a misdemeanor trespassing charge after authorities say he was posing as a YouTube producer and approaching coeds on the University of Tennessee Agricultural campus.

A warrant states he was trespassing Wednesday afternoon on Fletcher Luck Lane on the Ag campus near the Third Creek Greenway.

He was in the UT Trial Gardens "where he was asking females to cash or grab for YouTube," the warrant states.

Videos on the online channel show instances when women are invited to play a game of Rock-Paper-Scissors for a chance at cash. If they lose, they face having their buttocks grabbed.

UT police had received several complaints the day before about Hollins and he'd been told to stay off university property, the warrant states.

PREVIOUS STORY: August 25 The University of Tennessee Police Department warned students about a man claiming to be a YouTube video producer Tuesday evening.

In a safety notice released to students, police warned that the man was seen in the area around the Institute of Agriculture. They said he has stopped women walking in the area to answer questions for a cash prize. When they answered incorrectly, they said he grabbed the women's buttocks.

The incident happened twice, according to UTPD. He was described as a man between 30-40 years old, dressed in dark athletic clothes and riding a bicycle. He was also seen filming on a device secured to a gimbal, police said.

The students involved in the incidents declined to file an official police report or investigation, UTPD said.

Officials said that students should contact police if the man approaches them. Students can report criminal or suspicious activity through the LiveSafe app, or by calling UTPD at (865) 974-3111.