Devin McGuire and Asia Gillispie face charges as a result of the Sunday night chase. 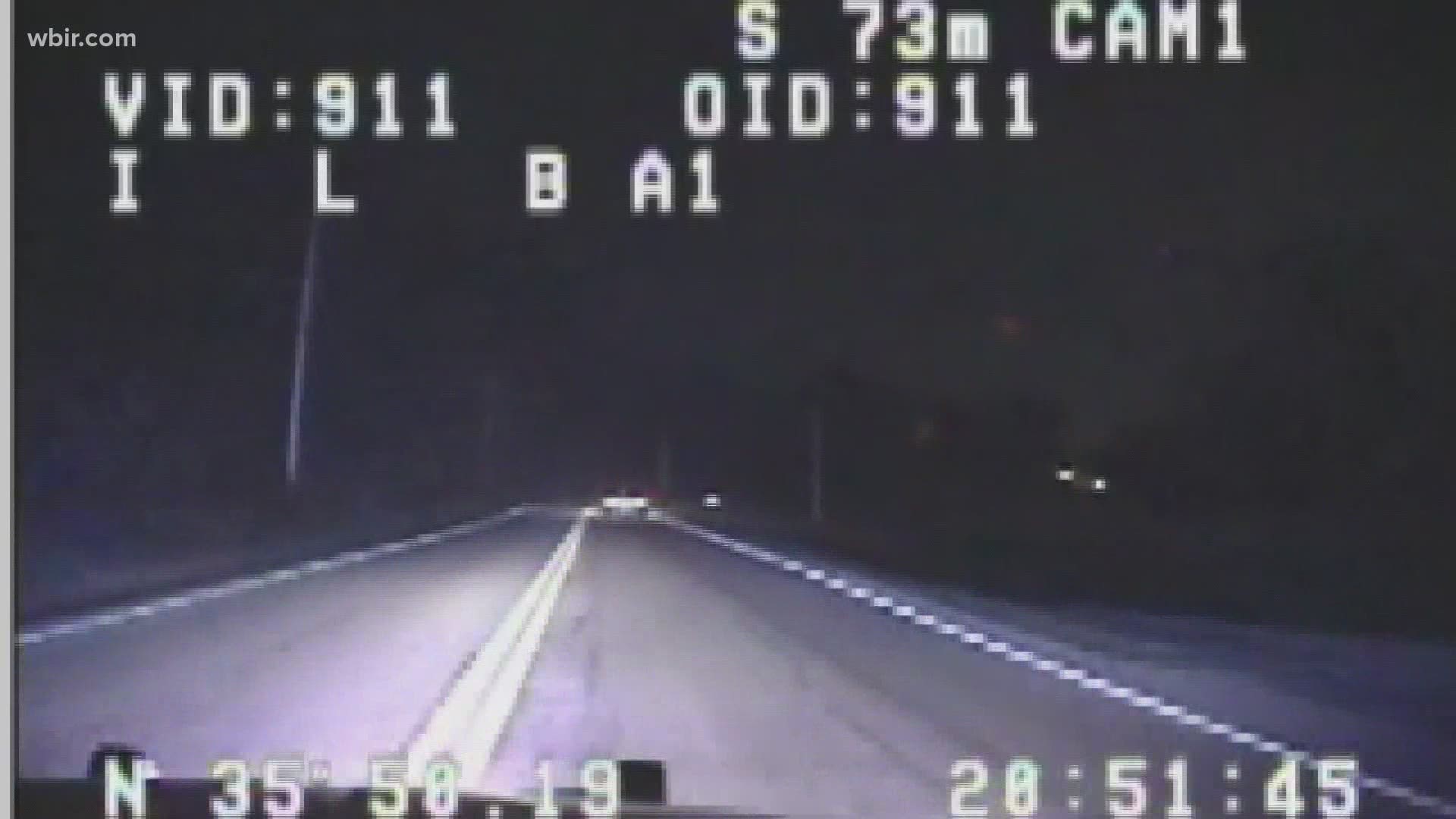 LOUDON COUNTY, Tenn. — The gunman now charged with trying to murder several Loudon County and Lenoir City officers fired repeatedly from a speeding vehicle, some bullets striking the cruisers of the officers who were chasing him.

The Loudon County Sheriff's Office on Thursday released in-car cruiser footage that captured the pursuit about 9 p.m. Sunday. Deputy Luke Hawkins was leading the chase along with Deputies Skyler Mills and Cole Rogers and Lenoir City Officer Carlos Espinoza, who was first involved in the chase.

Devin D. McGuire, 31, is being held in the case. He's a convicted felon who faces attempted murder charges among others, according to Loudon County Sheriff's Office Sgt. Matt Fagiana.

Asia Gillispie, 38, who authorities say was driving the car, also faces charges. She gave herself up after stopping the vehicle near the Knox County line, the video shows.

McGuire fled but was caught early Monday after a nearby homeowner saw him in his garage and called police. Scores of officers from Knox County, Blount County and the Tennessee Highway Patrol joined in the overnight search for the fugitive.

"In the face of that great danger those four officers continued to pursue that vehicle..." Chief Deputy Jimmy Davis told reporters at a Thursday press briefing.

Espinoza followed the vehicle initially. He was trying to make a traffic stop, Davis said, but Gillispie wouldn't stop the car. Loudon County deputies were positioned nearby to put down spike strips if necessary to stop the vehicle, but then McGuire started firing at Espinoza, Davis said.

The gunman leaned out of the passenger side window several times to fire his rifle. On the cruiser video, some bullets could be heard hitting Hawkins' vehicle. Hawkins kept going, however, swinging into the oncoming lane whenever McGuire started firing, Davis said.

Davis congratulated Hawkins, 21, for remaining calm as he moved to avoid the shots.

After Gillispie stopped the car, McGuire fled. Gillispie gave herself up on the roadway and was arrested, the video showed.

Inside the vehicle, drugs and drug paraphernalia were found, according to Davis. As a convicted felon, McGuire isn't supposed to have a weapon. Gillispie also had pending warrants for failure to appear in court on another matter, according to Fagiana.

Davis thanked the various agencies that leant SWAT teams and ground and aviation resources to help in the search for McGuire.