Vice Mayor Gwen McKenzie started the town hall saying that the City of Knoxville has seen a surge in violence during the COVID-19 pandemic. 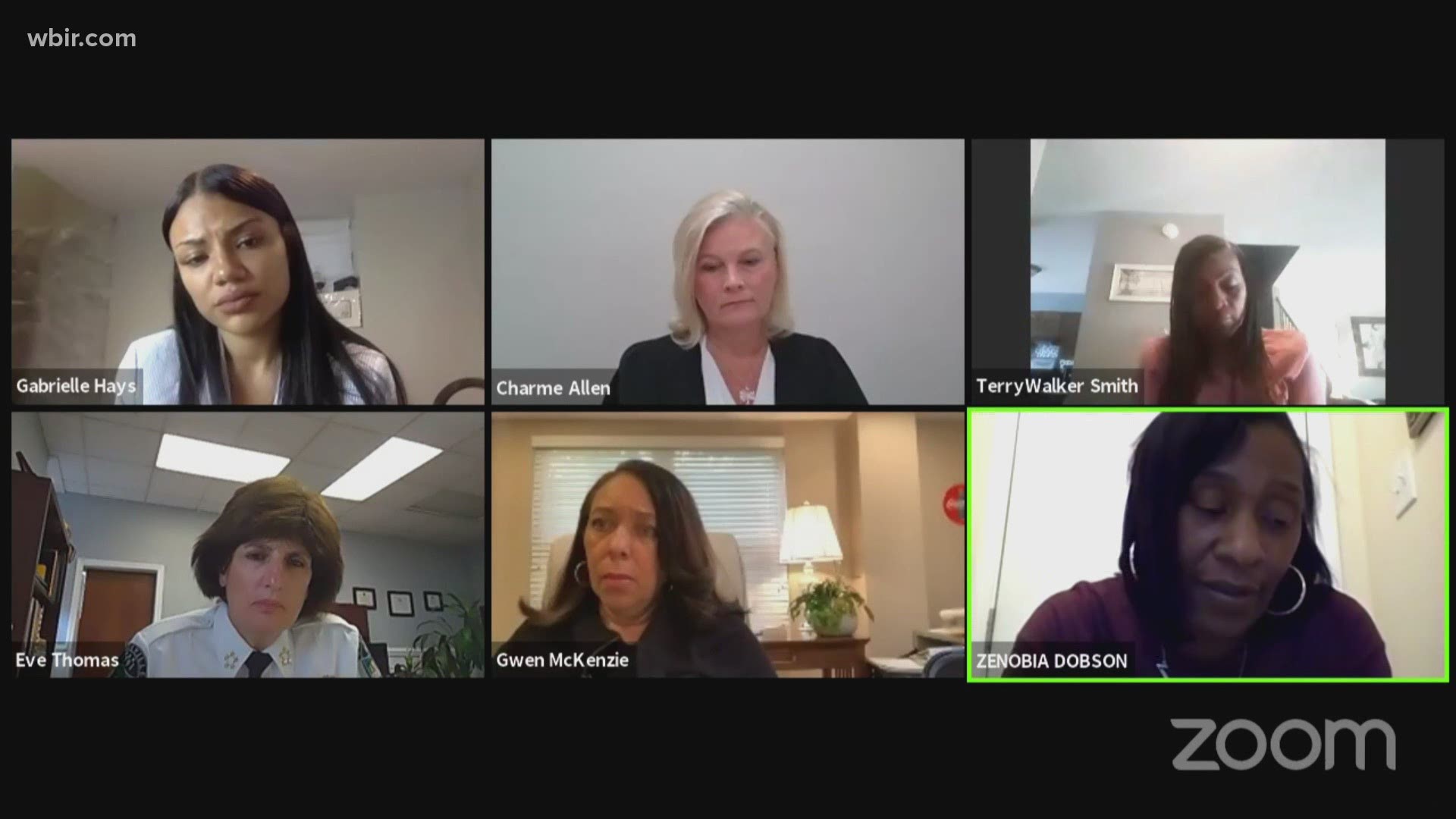 KNOXVILLE, Tenn. — City of Knoxville leaders joined a virtual town hall meeting on Tuesday, where they talked about stopping violent crime in the city.

"I knew there was some accountability for someone that murdered my child," Dobson said during the meeting. "Someone is responsible for that gun who killed my baby."