A TBI investigation into the death of student Anthony Thompson Jr., 17, is ongoing. 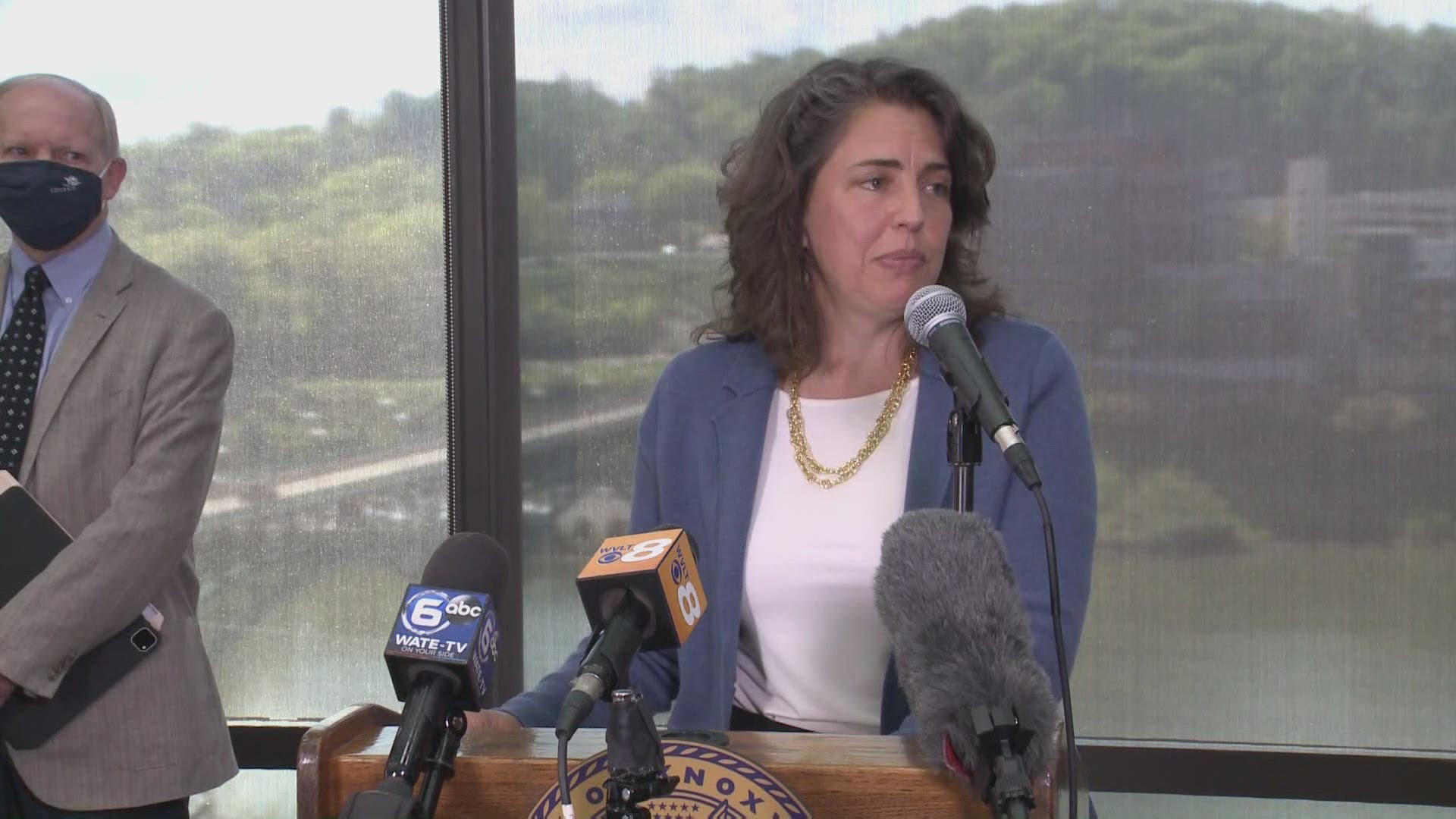 KNOXVILLE, Tenn. — WBIR and other area media outlets are joining the city of Knoxville in its effort to make public police body camera footage of the fatal confrontation April 12 between officers and an Austin-East High School student.

“It’s never been more important to make sure our communities have their voices heard. As journalists, it’s our duty to our community to ask that this video be released," WBIR News Director Corey Presley said.

10News, WATE, WVLT, the Knoxville News Sentinel, Compass Knox, Hard Knox Wire, and the East Tennessee Enlightener have filed a motion asking for permission to join with the city in challenging a standing Knox County Criminal Court order against the release of evidence in a pending prosecution.

Mayor Indya Kincannon vowed Monday to release a redacted version of the videos from Knoxville Police Department bodycams so the public can see what happened in the high school bathroom when Anthony Thompson Jr., 17, was shot and killed by police.

Thompson had a pistol, and a shot from his gun went off in the struggle with four officers.

The public needs to see the evidence as soon as possible so it can understand what Thompson did and what KPD officers did, the mayor said. KPD School Resource Officer Adam Willson suffered a gunshot wound to the leg in the struggle. 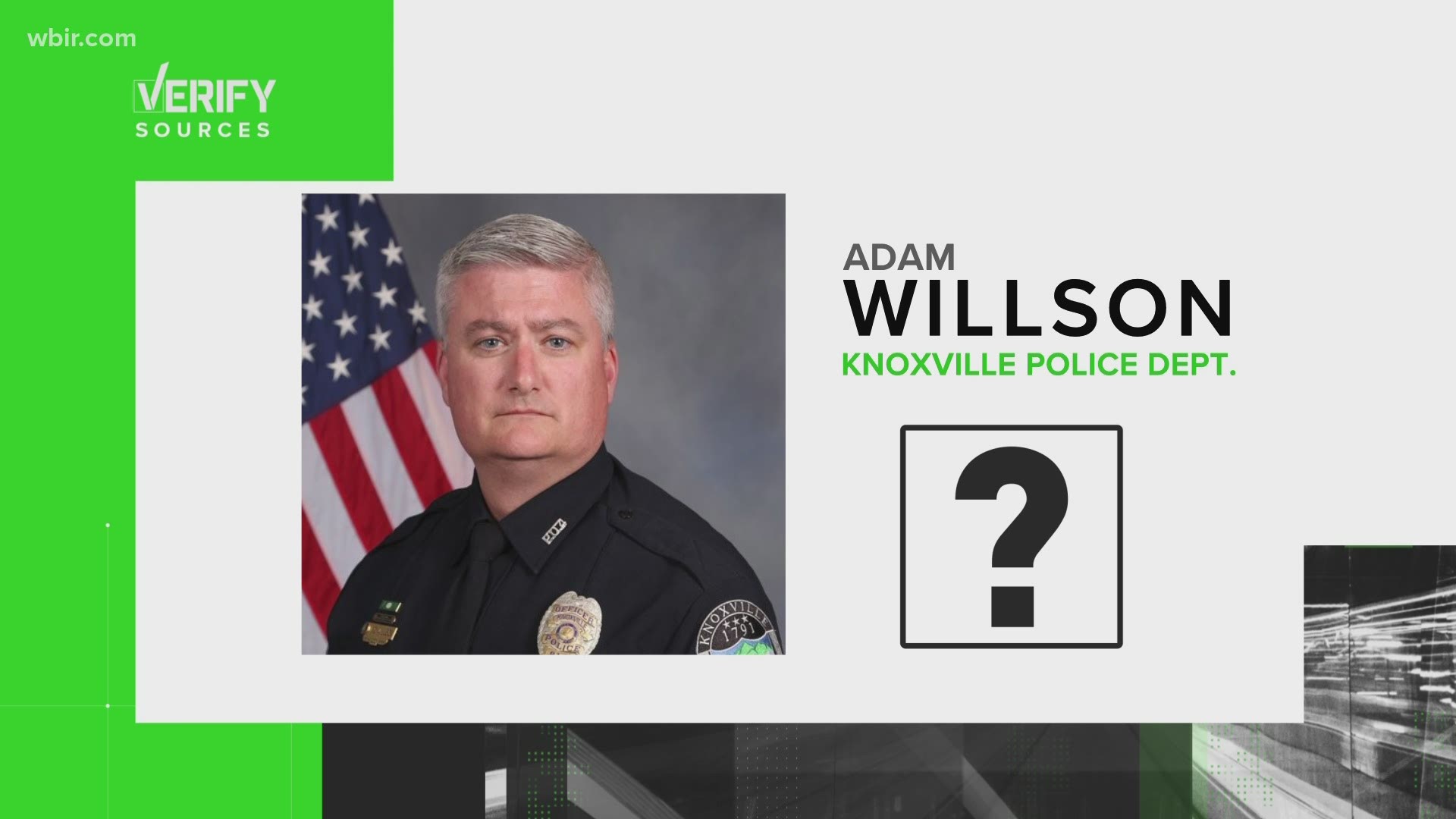 On Friday afternoon, the city petitioned Knox County Criminal Court Judge Steve Sword to review a two-year-old order in the court that prohibits the release of evidence including videos in a pending case.

No charges have been filed in Thompson's death -- perhaps none will be -- and the investigation is not yet before the court, city Law Director Charles Swanson argues in the petition.

WBIR and the other media groups agree.

10News and its peers argue in filing their brief Tuesday afternoon that the public has a right to know what happened as depicted in the bodycam recordings. KPD just installed and began using them earlier this month after years of debate.

The city still controls the bodycam video, the media groups state in their motion to intervene in Criminal Court.

"It is, therefore, respectfully submitted that any reliance upon the Standing Order as a bar to disclosure by any individual other than an attorney for a party to an active ongoing criminal prosecution in the Criminal Court for Knox County, Tennessee is misplaced and erroneous. It is, therefore, respectfully urged that this Court recognize that the Standing Order should be properly interpreted as applying only to a party to a criminal proceeding presently pending in the Court and further that it is applicable only to the attorneys for that party because they are to be furnished the unredacted video," the motion states.

The city can redact the video in such a way that it doesn't violate anyone's privacy or state law, journalists argue.

"This is a serious issue which should be resolved by the Court interpreting the Standing Order as applying only to the parties and their attorneys to an active criminal prosecution pending before the Court."

Three of the four men involved in the confrontation and shooting agree it should be made public.

Numerous community groups and citizens have demanded it be made public.

Allen, a longtime Knox County prosecutor, said last week she would not and could not release any evidence in the case. The TBI is still gathering evidence and as of last week still hadn't spoken to one of the officers.

TBI agents will gather their findings into the shooting and turn them over to Allen. She'll then consider whether charges are warranted.

If they aren't, Allen pledged last week that everyone would have a chance to understand the facts of the case as discovered by the TBI. In that circumstance, Thompson's family also will be able to view the video, she said.

Releasing anything now could jeopardize the investigation or potential prosecution, Allen argues.

This is the first time bodycam footage has drawn such scrutiny and prompted such strong debate in the community. The Knox County Sheriff's Office has bodycams but no incident involving the force has touched off such strong reaction in the city and county. 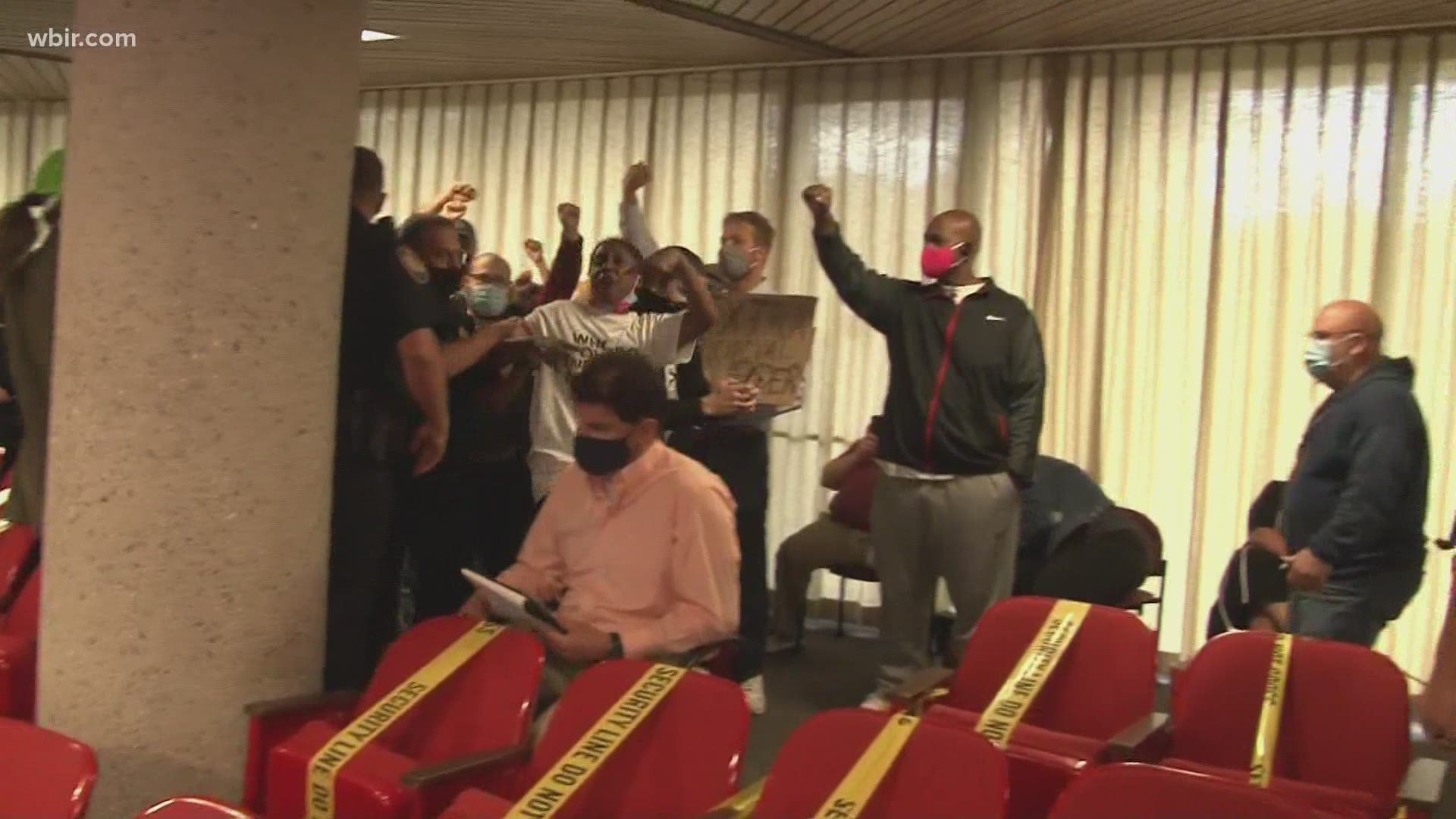 Sword is presiding over a murder trial this week. So far no court date has been set to hear the city's petition.

Allen's office likely will reply to the city in court papers.

Thompson is among five Austin-East students to die this year in gun violence.

He is the only student to die at the school.

In January, a 15-year-old was shot and fatally wounded when a friend fired a gun in a vehicle.

Stanley Freeman Jr., 16, was shot and killed in an ambush as he left Austin-East for the day in February. Two juveniles have been charged in his killing, and the state is seeking to have their case moved from juvenile court to Criminal Court.

Janaria Muhammad, 15, was shot and killed a few days after Freeman in an East Knoxville street.

In March, 15-year-old Jamarion Gillette was found shot on Cherokee Trail in South Knoxville. A woman picked him up and took him to nearby University of Tennessee Medical Center, where he died.

No one has been charged in the killings of Janaria or Jamarion.