Authorities initially went to the house on a tip about possible animal cruelty. 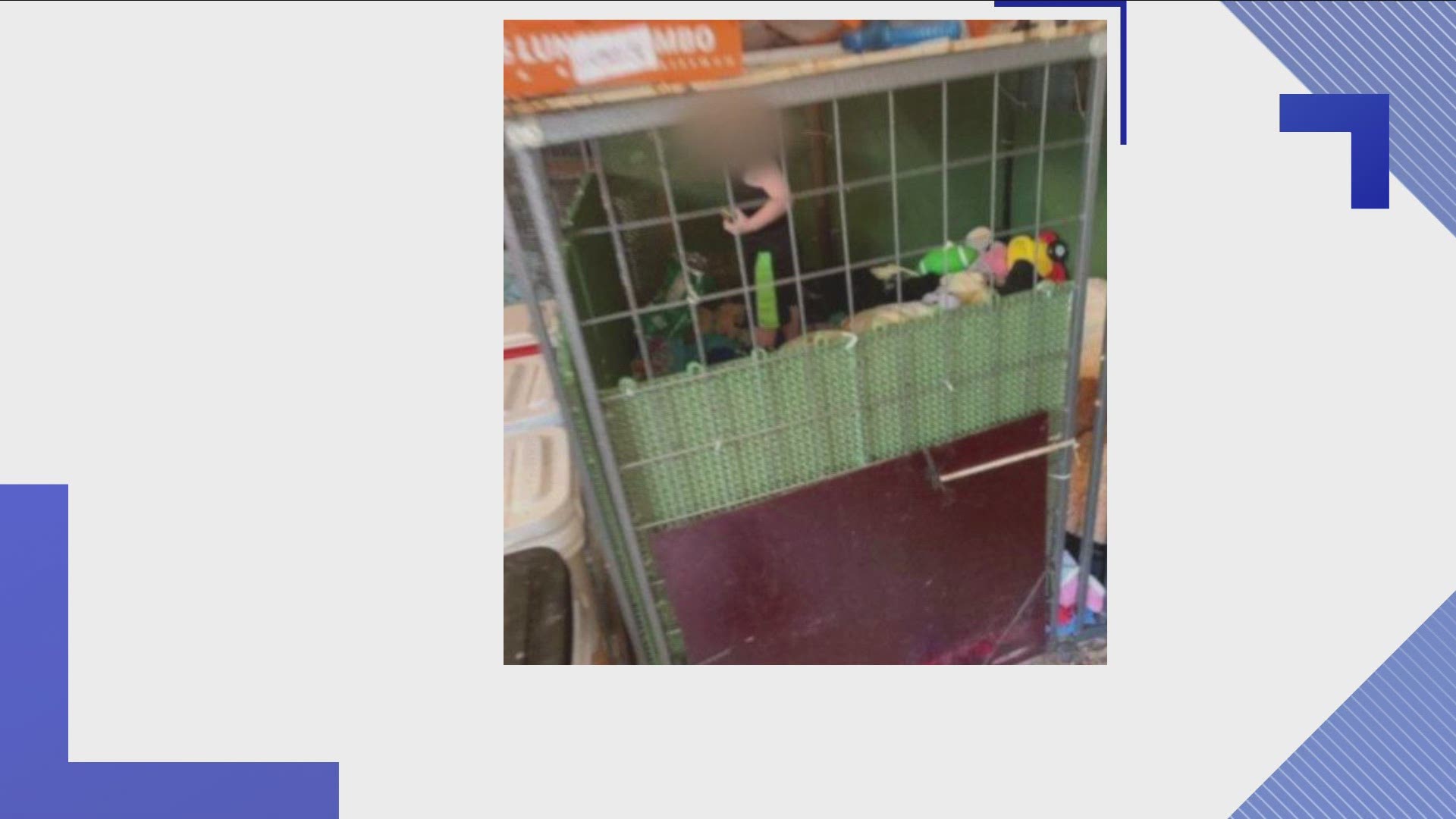 He said they found the child in a 4-by-4 dog crate in the same room as snakes and rodents. He said authorities also found dozens of animals on the property, drugs and guns.

It wasn’t immediately clear whether the suspects have attorneys.