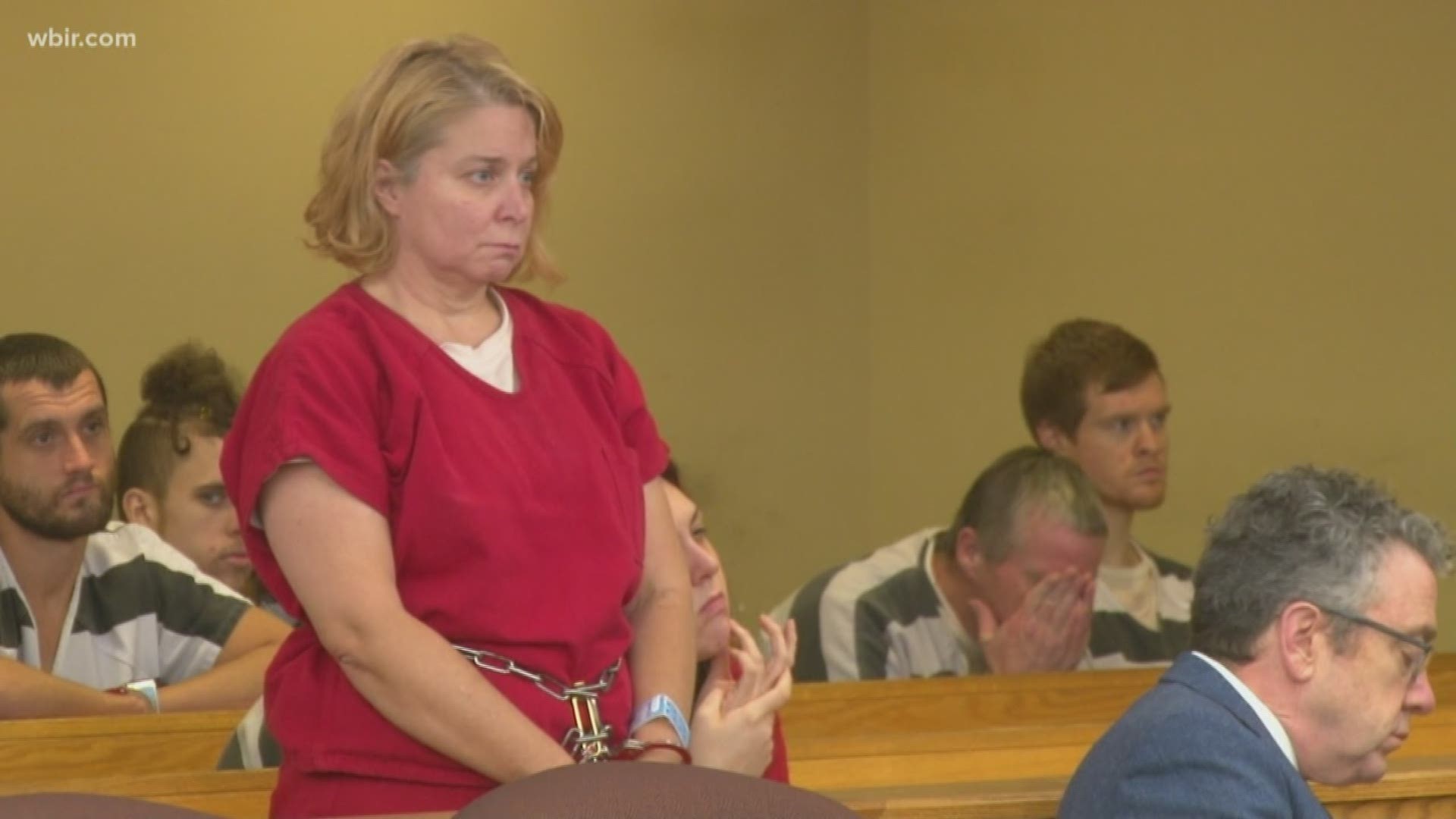 KNOX COUNTY, Tenn. — A lawyer for the woman accused of using lighter fluid to start a fire at a West Knox County apartment complex earlier this month said Thursday she was taking experimental medication from Vanderbilt University Medical Center at the time of the blaze.

Christina Waldman, 46, is charged with aggravated arson, aggravated assault upon an officer and resisting arrest. She was in Knox County General Sessions Court on Thursday for a preliminary hearing and remains in custody.

Her lawyer sought mental health treatment for her at a private facility. He said the medication Waldman was taking was known to potentially cause behavioral side effects.

Jackson is set to hear the case again Monday, Oct. 28.

A man on the scene told officers he recorded Waldman inside her apartment as she ignited the fire, according to court records.

"The suspect talked about the fire as she was spreading lighter fluid inside her apartment," the report said.

The man reportedly told investigators he tried to stop her but wasn't able to.

When crews arrived, flames and smoke could be seen rising from one of the apartment buildings.

An incident report estimated the fire caused $750,000 in damage. She has also been banned from the property as a result of the fire, a report said.