Robin Howington, 36, was in court less than 2 minutes Friday before being told to come back on Oct. 17 with a lawyer. 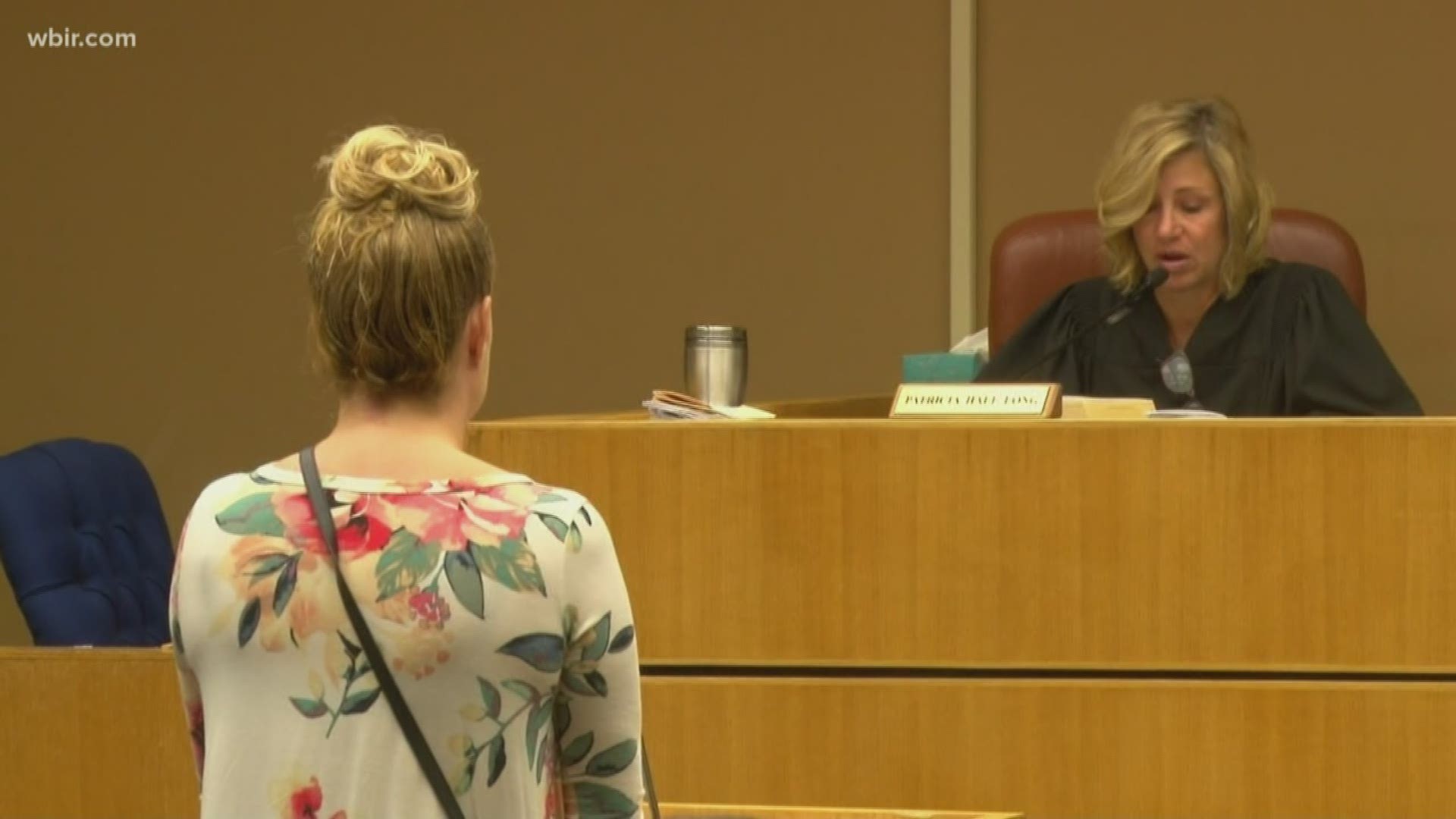 KNOXVILLE, Tenn. — A mother accused of tampering evidence in the death of her 5-year-old daughter changed her story multiple times when she spoke to investigators about what happened, according to an affidavit in support of a search warrant.

Robin Howington, 36, was arraigned in court Friday on charges including tampering with evidence.

She was in court for less than two minutes in a bonded arraignment that consisted of the judge telling Howington that she needs to get a lawyer and come back on Oct. 17, 2019.

Police said Destiny Oliver, 5, was shot and killed inside her home on Balsam Drive on Sept. 14.

Howington initially told police she was sitting in the living room with Destiny and her 2-year-old son, when an unknown man came into her home and shot Destiny in the chest, then ran away.

The document states Howington then later changed her story and said the girl's father, Antoine Oliver, was the man who came inside and shot Destiny. The investigator lists him as a suspect in the case, in addition to Howington.

"Later in Howington's interview, she changed her story to say that Destiny's father Antoine Oliver came to her home and shot Destiny before leaving the scene in a white Chrysler 300," the affidavit said.

She told investigators Antoine Oliver "came over to her home and that's when an argument ensued and he shot" Destiny.

In the report, Howington admitted that she and Destiny's father, Antoine Oliver, have a volatile relationship.

Records show Howington changed her story a third time and told investigators her 2-year-old who was also inside the home climbed into the closet, got the gun, then shot Destiny.

Investigators found a Taurus 9mm semi-automatic firearm in a bush just to the right side of her home, the report said.

"According to officers who viewed the neighbor's video footage of Howington's front porch, you can clearly see Howington walk out of her front door and walk to the side of the home where the firearm was located in an attempt to hide the murder weapon."

She was questioned and that's when she admitted that her boyfriend had placed it there, the report said.

"I explained to her that we had video of her placing it there and she changed her story once again."

Howington stated she was scared to tell police that she had a gun her home because she believed it was illegal, according to the report.

"She then changed her story to saying that her 2-year-old juvenile son climbed into her closet, retrieved the 9mm gun from the top of her closet using a stool taken from the living room, and shot Destiny in the chest. She did also admit to wiping the firearm down of prints and possible DNA prior to throwing it into the bush."

The report also mentioned an altercation between Howington and Antoine Olver at 502 Balsam.

The witness they spoke to said on Sept. 14, Howington pulled a gun on Antoine Oliver in the front yard and "Oliver took it away from her and disarmed it."

As far as the cell phone goes, investigators said they believe Howington attempted to destroy her cellular phone "because of her involvement of illegal criminal activity in the distribution of controlled narcotics".

The phone was wet when investigators received it because Howington said she didn't want to incriminate herself because "she does sell marijuana", according to the report.

"She also made mention the reason the phone was wet is because she ran water over it in the bathroom at UT Medical Center in hopes of destroying it."

A witness at the hospital said: "Howington did try to give her phone to her and even offered her money to take it because she didn't want police to have it due to her drug sales."

In the document, the investigator said he believes Howington is hiding her involvement in her daughter's death and is trying to hide the true identity of who is responsible.

So far, no one has been arrested or charged with Destiny's murder.