TBI: Man in custody after taking his wife hostage, killing her, shooting at deputies and setting multiple fires in McMinn County

The TBI is investigating after McMinn County deputies said they returned fire and hit a suspect. The suspect's wife was found dead in the home. 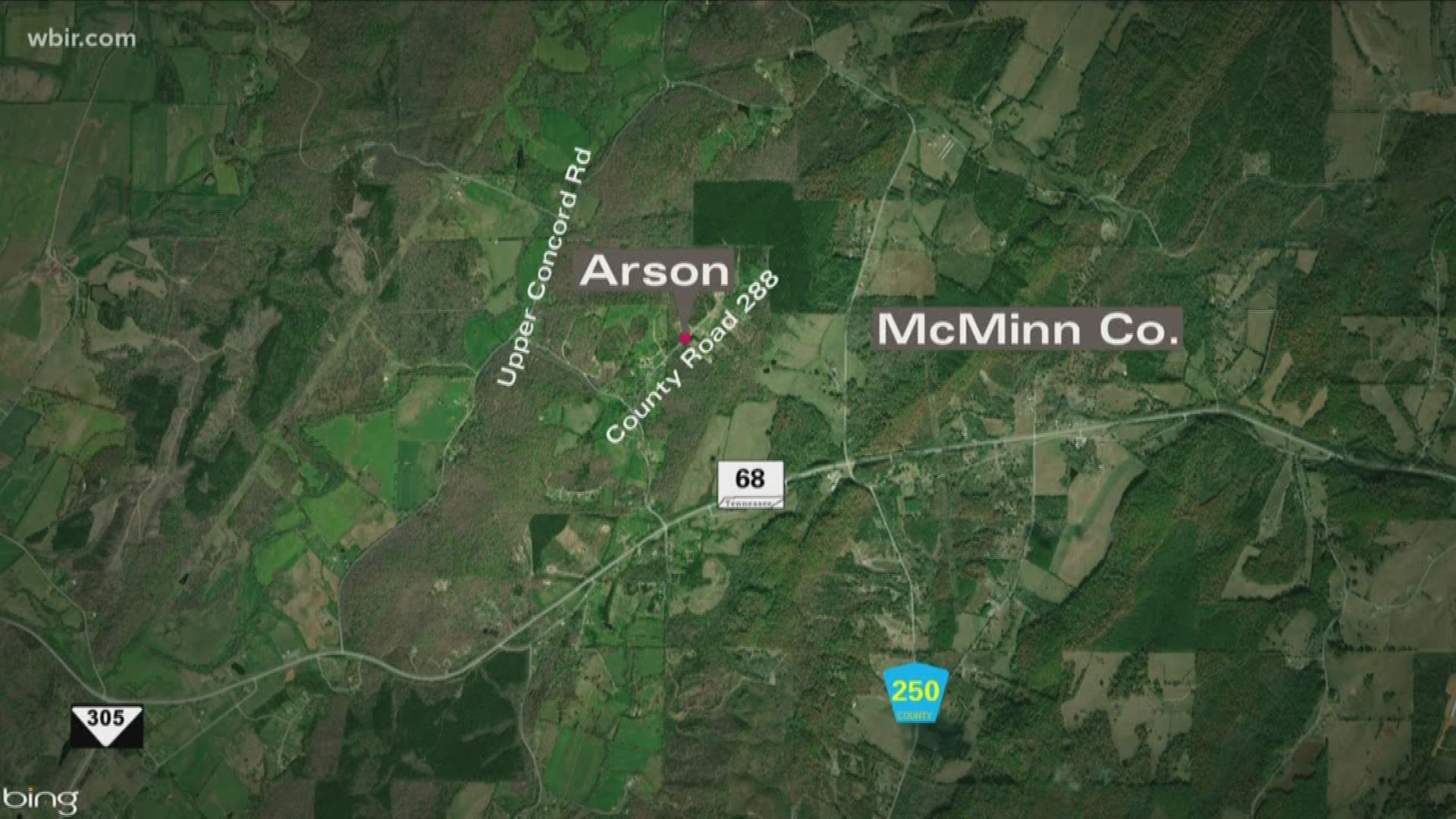 NIOTA, Tenn. — A man is in custody and his wife is dead after McMinn County deputies responded to a domestic situation and arson that led to an officer-involved shooting.

According to Sheriff Joe Guy, deputies responded to reports of a domestic situation and several buildings on fire at a residence on County Road 288 in Niota.

According to Sheriff Guy, deputies encountered a man holding a woman hostage around 4:30 p.m. Friday. The Tennessee Bureau of Investigation identified the suspect as Roger Branson, 59, and the victim as his wife, Dawn Branson.

The TBI said Roger Branson had barricaded himself inside the home and was threatening to harm his wife. Deputies tried to speak with him, but the suspect began shooting from inside and had apparently started a fire inside the home, according to the sheriff.

Deputies tried to make their way inside when the suspect began shooting at them with a handgun, the sheriff's office said. Deputies returned fire, hitting the suspect.

Authorities and crews with the Niota and North McMinn Fire Departments worked to extinguish several fires that had been set on the property.

Roger Branson was taken to the hospital for treatment and will face criminal charges. No officers were injured.

The Tennessee Bureau of Investigation is investigating the officer-involved shooting, and the McMinn County Sheriff's Office continues to investigate the incident. The Tennessee Highway Patrol critical incident response team is also helping with the investigation.

"Our thoughts and prayers are with the victim's family and responding officers who faced a very dangerous situation," said Sheriff Joe Guy.