A THP report said the woman lost control while driving on Norris Freeway, ran off the road and hit a tree. 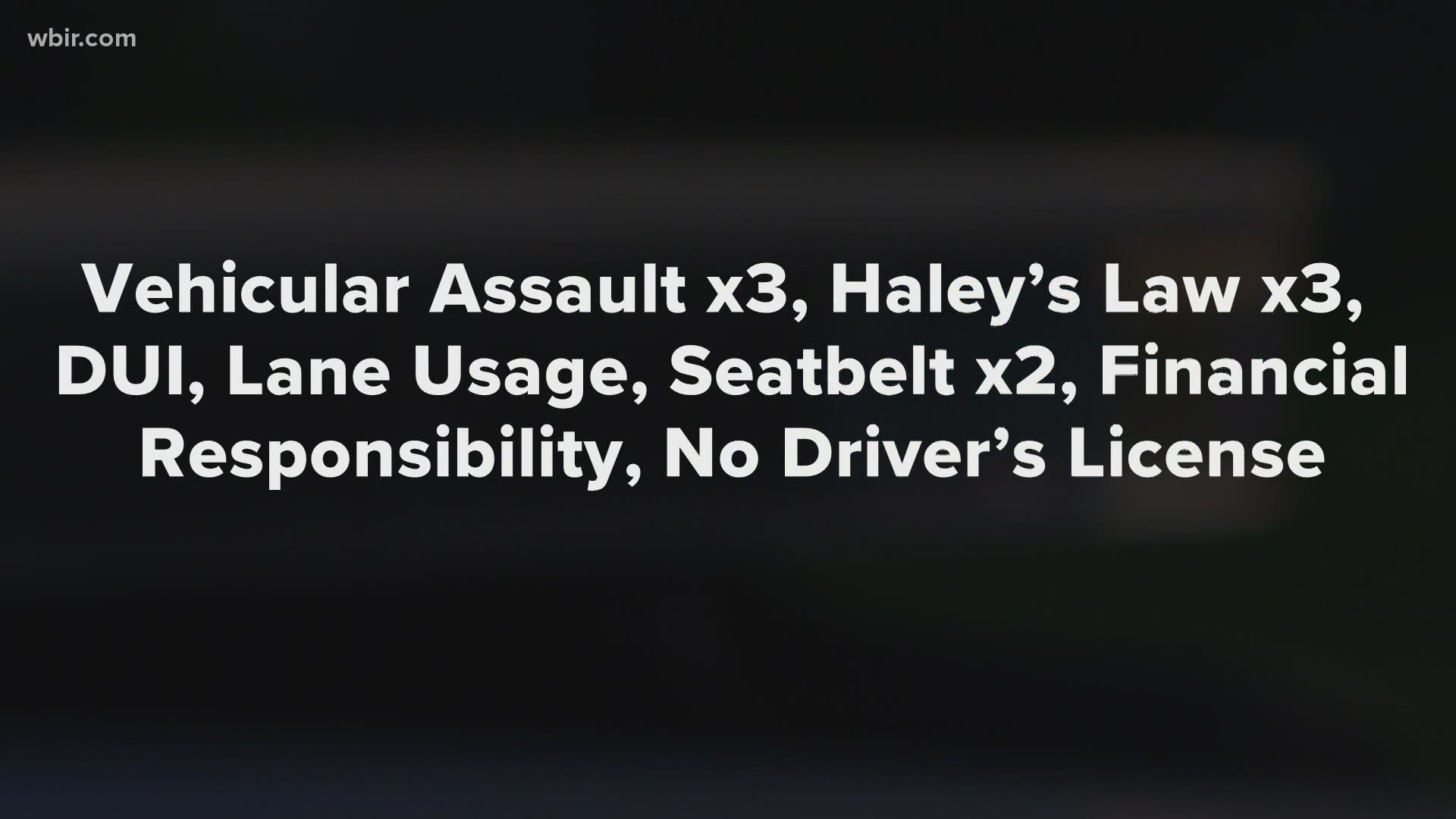 CAMPBELL COUNTY, Tenn. — Three children were injured and the driver charged with DUI after a single-car crash in Campbell County on Monday.

According to the crash report from the Tennessee Highway Patrol, the accident happened just before 5 p.m. on Norris Freeway.

Margo White-Oden, 32, of Rocky Top, was driving a Nissan Altima south on Norris Freeway when she lost control near Echo Valley Road. The car ran off the right side of the road and hit a large tree head-on, then went over an embankment.

According to the report, three children were in the car, ages 15, 13, and 10. All three were injured.

White-Oden was also hurt in the crash. The report indicates she will be charged with DUI, three counts of vehicular assault, and three counts of enhanced child abuse charges under Haley's Law.

The children and the driver were transported to a medical facility, THP said.

Haley’s Law makes it a Class A felony to abuse a child in a way that leads to serious bodily injury that could lead to death. It carries an enhanced punishment--- 15 years to life in prison. It was named after a little Campbell County girl who was badly abused and covered with burns when she was found in 2004.