He was wearing a 50th birthday hat styled to look like a "Make America Great Again" hat that supporters of President Donald Trump wear. 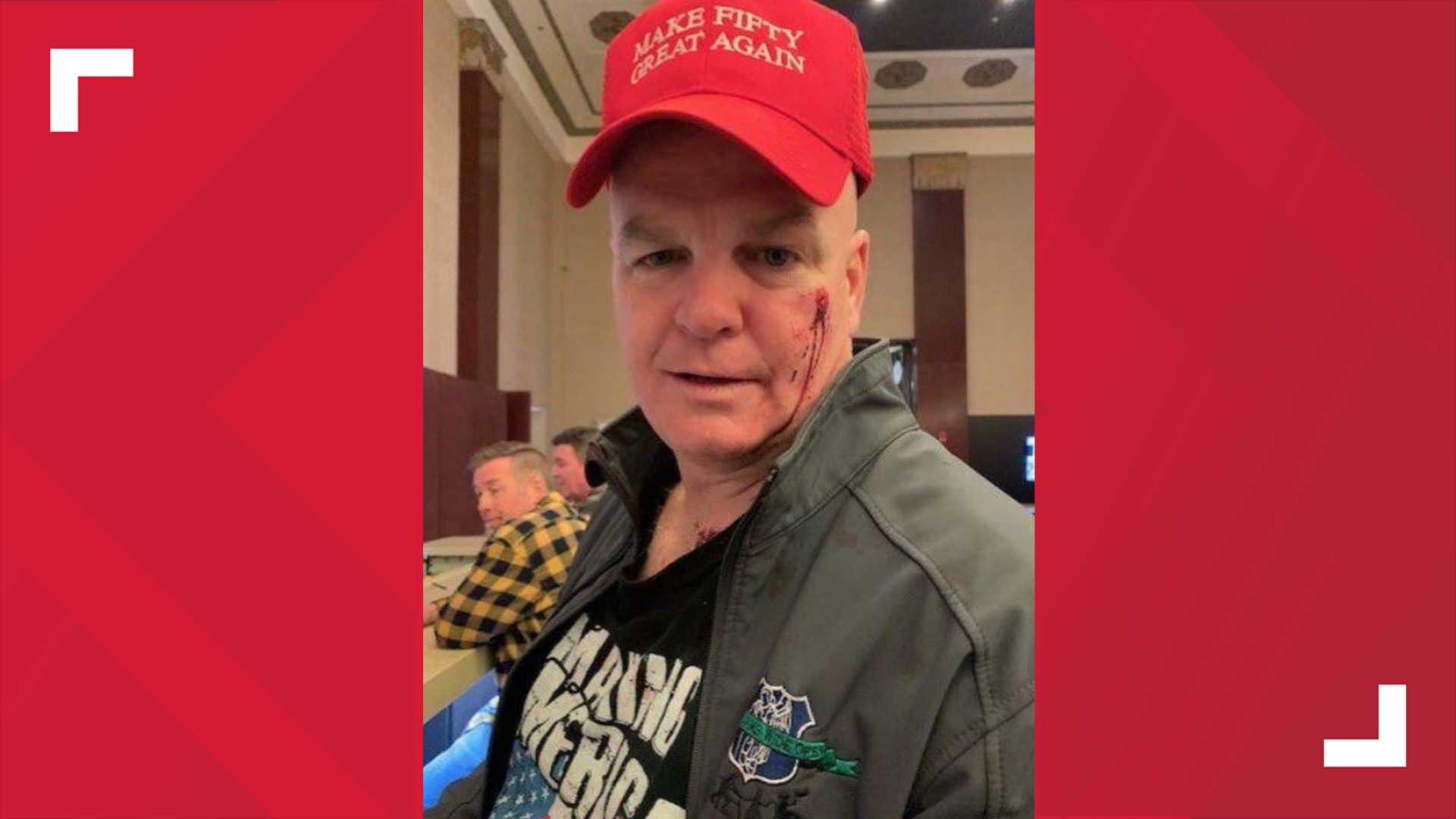 NASHVILLE, Tenn. — A man's surprise birthday gift led to a surprise attack at a Broadway bar.

Daniel Sprague was at The Stage bar on Broadway sporting a gift his wife gave him for his 50th birthday bash—a hat that says "Make 50 Great Again." The hat is styled to look like a "Make America Great Again" hat that supporters of President Donald Trump wear.

"People were just coming up to me and, you know, just loving the little word play on the hat and taking pictures and wishing me happy birthday," Sprague told News4.

However, one woman at the bar was not as amused.

"At one point," Sprague said, "A female came up from behind me, spun me around, and punched me in the face and then grabbed my hat off my head and was just yelling, 'How dare you.'"

The punch was hard enough to cut Sprague's face.

"People have different views, but we're not supposed to take it out on each other," Sprague said.

Sprague is a retired police officer from New York. After the woman punched him, he filed a police report.

His message to the woman who punched him? "'Happy birthday' would be nice, and not a punch in the face!"