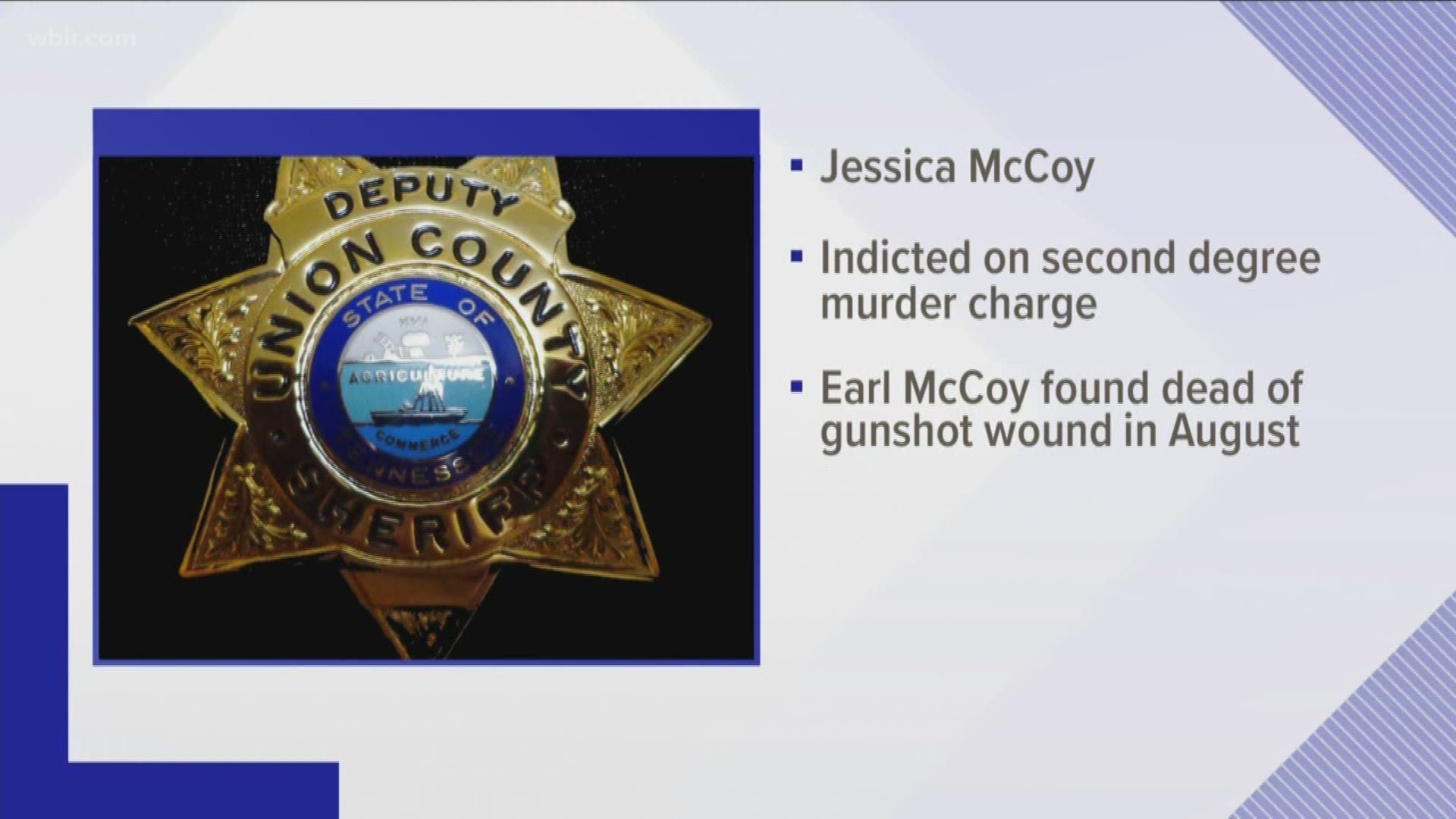 UNION COUNTY, Tennessee — A Union County woman has been indicted on second-degree murder charges in the death of her husband.

Earl McCoy was found dead at a home in the 200-block of Dark Hollow Road North in Andersonville on August 25. Now, Jessica McCoy is charged in his death.

According to the Union News Leader newspaper, the two were married when McCoy was killed.

When the Investigation began, authorities said they believed the scene was "domestic in nature."