After church on Sunday, she took her mother into a back bedroom for a beauty treatment. She used zip-ties on her hands and tried to put a bag over her face. 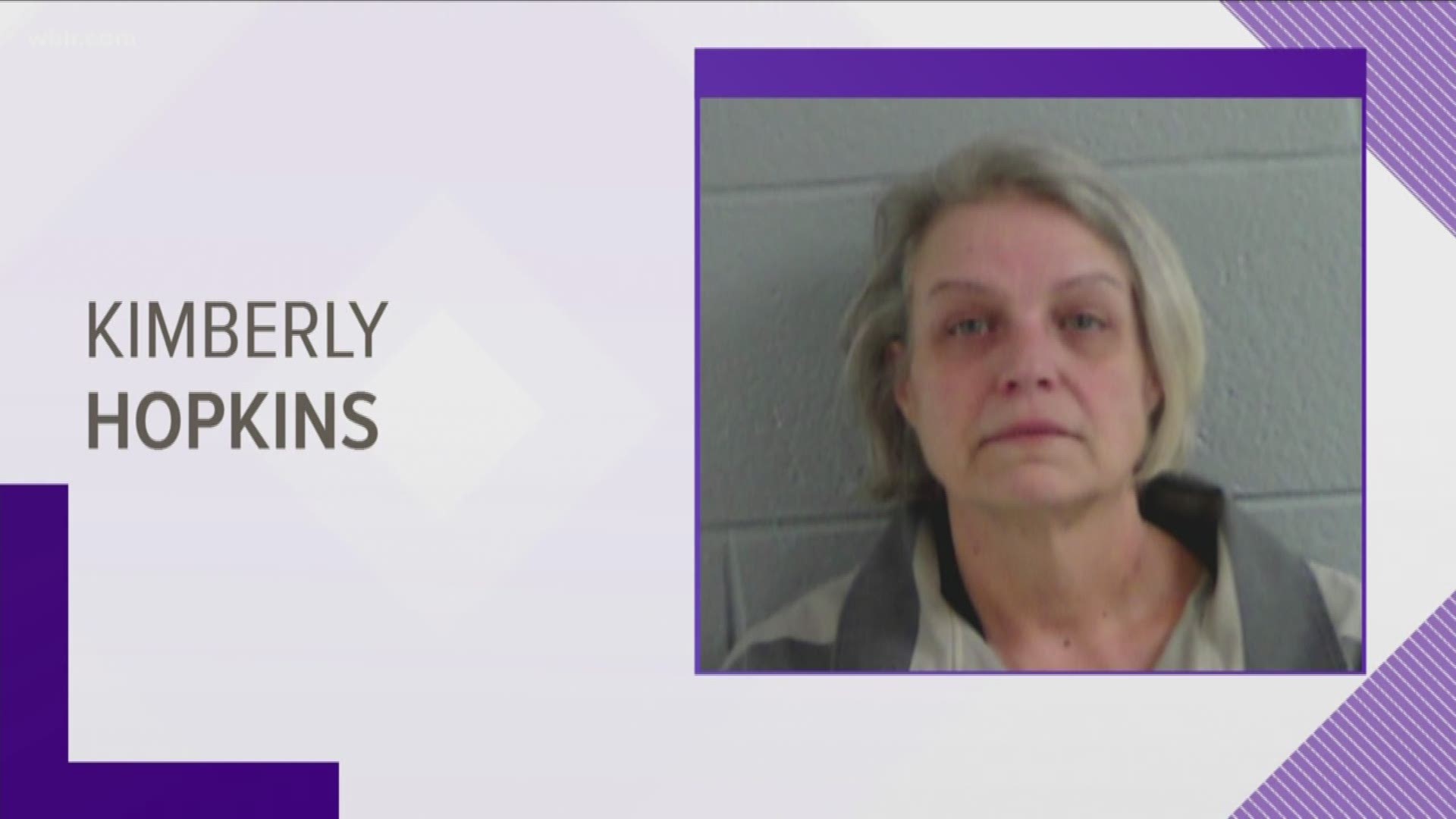 TELLICO VILLAGE, Tenn. — She planned to make it look like an assisted suicide.

An Oregon woman who prosecutors said hatched a detailed plot to murder her mother in Tellico Village had pleaded guilty and will spend fifteen years behind bars.

But despite the failed plot and the evidence, District Attorney General Russell Johnson said in a press release this was a difficult case to prosecute because of the impact it had on the elderly parents.

Johnson said that Kimberly Hopkins, 56, had been estranged from her adopted parents, John and Jan Martin, who were both 88, when she arrived at their home in East Tennessee on Father's Day weekend in 2018.

Investigators said she'd ordered helium to be delivered to the home, using her mother's credit card, along with clothing and other items she planned to use in the attempt on her mother's life.

After church on Sunday, prosecutors said Hopkins took her mother into a back bedroom for a beauty treatment. She used zip-ties to tie her hands and started to place a plastic bag over her head when Jan Martin called out for her husband. He came back and stopped his daughter, who ran from the house.

After she left, the Martins discovered the helium, gloves, bags and a turkey that their daughter baked that was possibly laced with medication. They called the Loudon County Sheriff's Office.

LCSO investigators found evidence that pointed to the fact that Hopkins was planning to kill her mother and make it look like an assisted suicide. Her father also told them that she had asked him pointed questions about their investments and bank accounts. Deputies found Hopkins and put her in jail.

A grand jury indicted Hopkins in Dec. 2018 on attempted first-degree murder charges. She was sentenced to 15 years in prison, with credit for the 15 months she had already served.

DAG Johnson said the case was difficult because the parents had different opinions on what should happen to their daughter.

“We could not please both of the Martins. There was a marked difference of opinion between a desire that she never leave prison versus one of complete forgiveness and mercy. We could appreciate both positions and our collective heart goes out to both Mr. and Mrs. Martin. Thus, we tried to strike a balance by convicting her with an admission of guilt to the crime that we believe she intended to commit, no matter how inept her planning or execution. The situation placed both parents in the most difficult of situations in trying to help advise us as to the determination of their daughter’s fate in this case.”