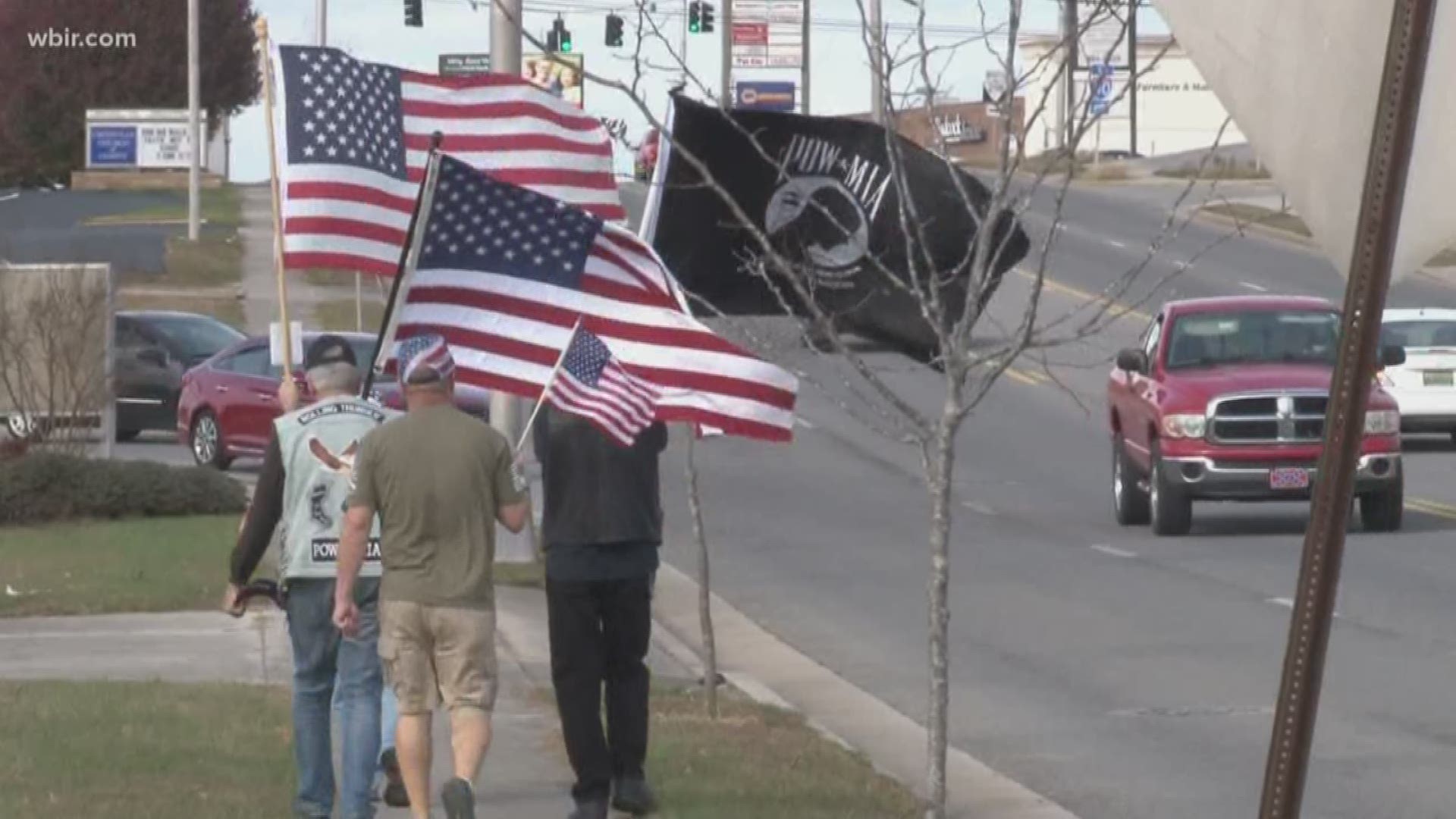 CROSSVILLE, Tenn. — A Crossville man is honoring his fellow veterans one step at a time by carrying an American flag on his daily walks through town.

In a crowd full of veterans, Tim French stands out. Mainly because he's constantly holding a large American flag above his head.

But, it's the steps he takes along the streets of Crossville that prove his colors don't run. They walk.

"I've honored the fallen soldiers for many years, and I thought well what a better way to do it is to walk for fallen soldiers while I'm walking in honor of them," French explained.

He started walking in May initially for health reasons. Then, after some advice from a family member, he added the American flag and a picture holder to honor fallen service men and women.

"I thought well I'm doing good for myself I might as well do good for them," French noted.

On Veterans Day, it's a little different.

"I normally walk for the fallen, but today I'm walking for the living," French said.

Since May, he's conquered 800 miles on foot, honoring a different veteran each day.

"We need to remember them and honor them and I figured that this is a good way to do it," French said.

As a Navy veteran himself, he doesn't want the fallen to be forgotten.

"We need to keep their memories alive even if it's for their families, you know," French explained.

If you're wondering if his arm ever gets tired holding the flag for so much time, French's answer is simple.

"I've been doing it for quite a while now," French smiled. "The muscles in my arms have changed and it just doesn't bother me anymore."

His strength lies beneath the stars and stripes.

"I mean to me that's, that's more than any pain in my arm is honor that soldier," French said.

Following Crossville's Veteran's Day ceremony, French was accompanied by a few other veterans and Rolling Thunder members as he walked about a mile to Family Ties, a diner described by French as very patriotic.

He has asked passing motorists to honk for him as a sign of solidarity.

After walking with a picture of a fallen veteran, he posts the person's story, as well as a map of his walk, to his website for people to read.

Walking isn't the only way French honors the fallen. He also visits gravesites and posts stories on social media.

French admits his dream is to walk from Crossville to Arlington National Cemetery.