Mayor John Cooper signed an executive order, which declared a state of civil emergency, and setup a curfew for 10 p.m. in Nashville. 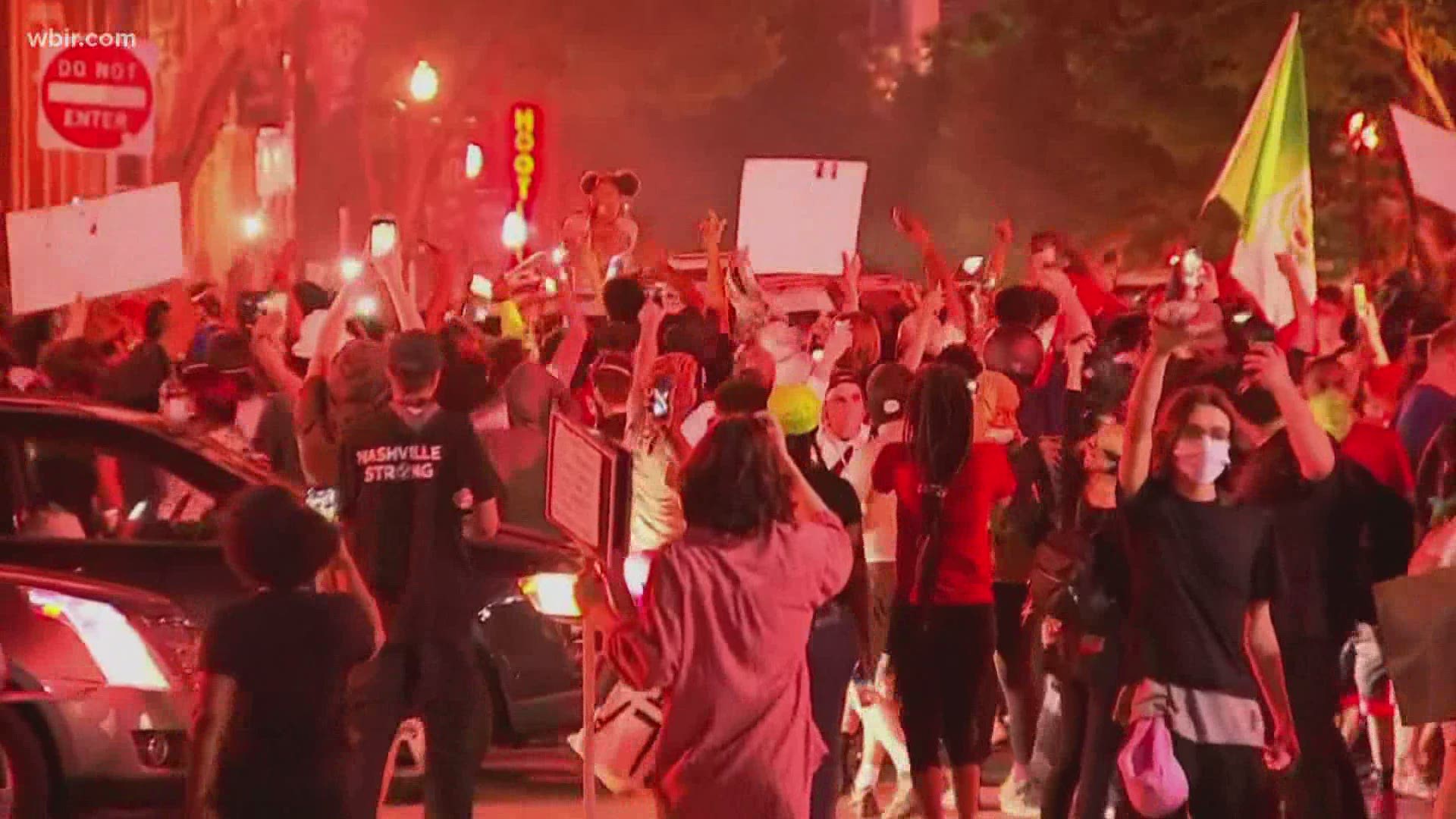 NASHVILLE, Tenn. — The mayor has implemented a curfew for Nashville residents. Buildings were damaged, a fire at the courthouse and officers were attacked as protests continue in downtown Nashville on Saturday evening.

Mayor John Cooper signed an executive order, which declared a state of civil emergency, and setup a curfew for 10 p.m. in Nashville.

After being asked by the mayor, Gov. Bill Lee authorized "the National Guard to mobilize in response to protests that have now taken a violent, unlawful turn in Nashville."

"The threat to both peace and property is unacceptable and we will work with local law enforcement and community leaders to restore safety and order. This is not a reflection of our state or the fundamental American right to peaceful protest," Lee tweeted.

A fire started inside the Metro Nashville Courthouse as protests continued in downtown Nashville on Saturday evening.

Metro Police Department deployed gas multiple times at the Historic Courthouse to protect the building after a fire was set by protesters. Firefighters are being escorted to the building by officers.

Additional gas is being deployed outside the courthouse. The crowd is being warned of their unlawful assembly.

Our @TNHighwayPatrol are risking their lives to protect our State Capitol from the criminals and vandals who are trashing Nashville.
Please join me in praying for these men and women. I’m with them every week and they are true public servants.

On Saturday evening, demonstrators marched through downtown Nashville to a Metro Police Department. News 4 saw damage to police cruisers, graffiti to buildings in the area and at least one person was mased. To see the demonstration in front of police department, click here.

News 4 has located buildings damaged on Third Avenue and on Broadway. There is damage to the courthouse in Nashville and protesters were seen throwing police bicycles.

Protesters continued demonstrating in front of Metro Police Department and the Metro Nashville Courthouse after the "I Will Breathe" rally and march were held on Saturday afternoon.

Mayor John Cooper was in attendance at Saturday's rally and said it was peaceful in nature.

The rally started Saturday at 3 p.m. at Legislative Plaza to protest police brutality. To watch the rally, click here.

Demonstrators chanted “No Justice, No Peace" during the  "I Will Breathe" rally. To see pictures, click here.