Deputy Jarred Pekala has been on administrative leave with pay since the incident on Sept. 30. 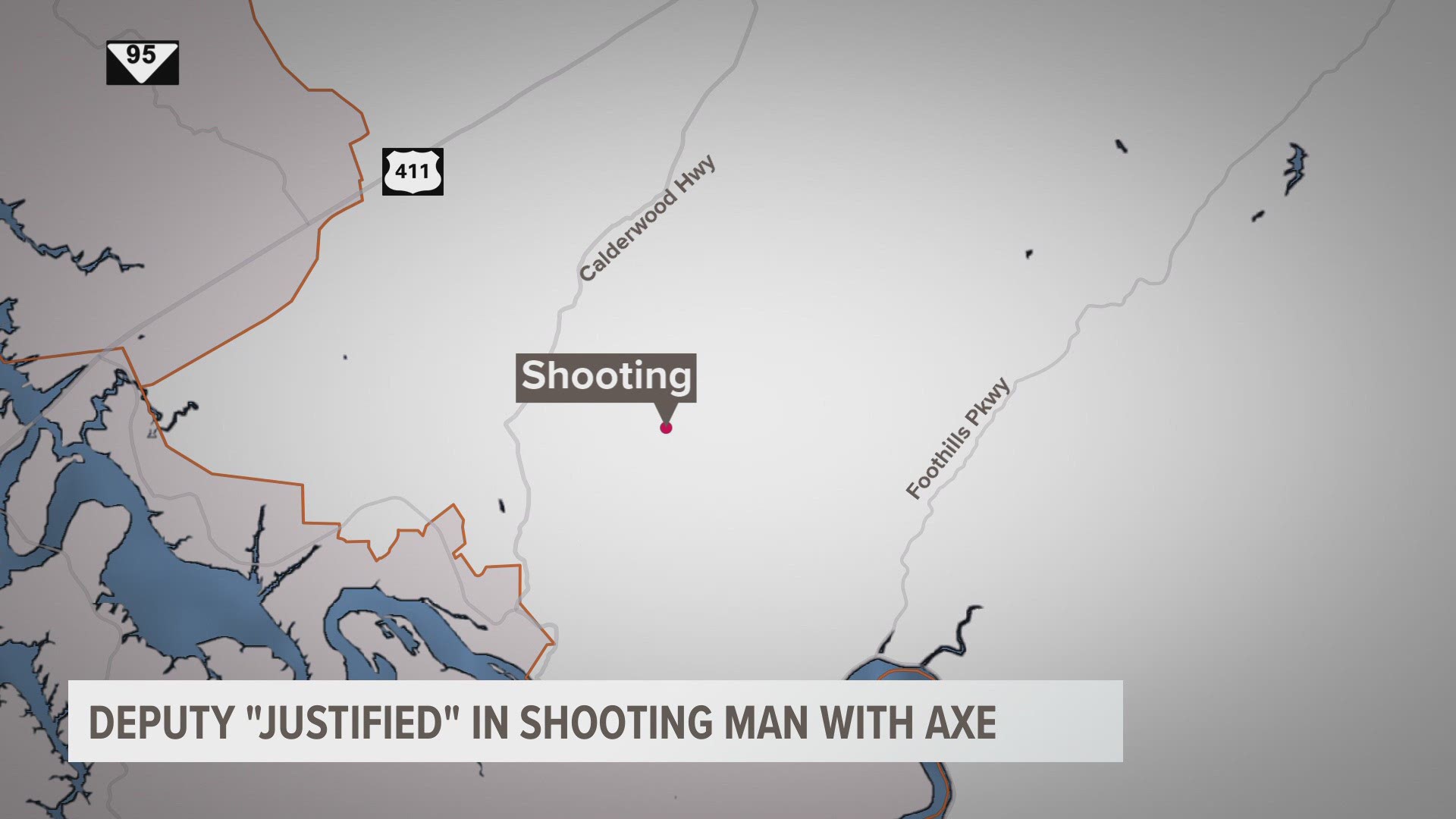 The Blount County deputy who shot and killed a Greenback man after he threatened the officer with an ax has been cleared and will return to his duties next week, according to the sheriff's office. Deputy Jarred Pekala has been on administrative leave with pay since the incident on Sept. 30.

The sheriff's office said Deputy Pekala was called to the home on Emert Williams Road after a family member called dispatch and said Brian Lee Rogers, the man who was killed, was "acting erratically". Deputy Pekala's in-car video showed that as he pulled up to the home, Rogers retrieved an ax and advanced toward his patrol car.

Deputy Pekala put his patrol car in reverse and backed up approximately 320 feet until he had created enough of a distance between him and Rogers.

"When he stopped, he stepped out of his patrol vehicle and issued several verbal warnings to Rogers to drop the weapon, but Rogers did not comply and continued to charge toward him with the ax," the report said.

Rogers allegedly approached Pekala in an aggressive manner so Pekala fired his service weapon and at Rogers multiple times. According to the sheriff's office, other deputies arrived and took care of Rogers until AMR medical personnel could arrive. He was pronounced dead shortly after arriving at the hospital.

“More often than not, law enforcement officers must make split second decisions when they are confronted with an individual who is armed,” Blount County Sheriff James Berrong said. “Many citizens do not realize the dangers and complexities of police work. In Blount County, we are blessed with great community support, but across the country, criticism of law enforcement officers is on the increase. Our deputies faithfully continue to uphold their oaths and protect our citizens, despite knowing they will be second-guessed in traditional and social media. They are also aware they are a target because of the uniform they wear. I stand by my deputies.”

Dashcam video obtained by 10News showed the confrontation and audio of the ensuing shooting as it happened off-camera. You can view the video below:

Previous | Sunday, Sept. 30, 2018: A Greenback man was fatally shot by a Blount County sheriff's deputy after he threatened the officer with an ax, according to the TBI.

The deputy was dispatched to a home on Emert Williams Road just after 3:30 p.m. on Sunday after a family member called 911 to say Brian Rogers was acting erratically.

When the deputy arrived, Rogers, 40, began chasing the deputy with an "edged weapon", according to Sheriff James Lee Berrong. The deputy ordered Rogers several times to drop the weapon, but he refused, according to the sheriff, and continued to charge at the deputy.

The deputy fired his gun at Rogers and hit him. The deputy and other arriving deputies attempted to help Rogers while waiting for an ambulance to arrive. He was transported to Blount Memorial Hospital where he was pronounced dead.

The deputy, who the sheriff did not identify, was placed on administrative leave with pay, which is standard procedure, while the investigation continues.

The TBI is assisting the Blount County Sheriff's Office in the investigation.

The Blount County Sheriff’s Office said it is investigating an officer-involved shooting that occurred around 3:30 this afternoon near Allegheny Loop Road.

A man with life-threatening injuries was taken by ambulance to an area hospital.

We will update this story as we find out more. 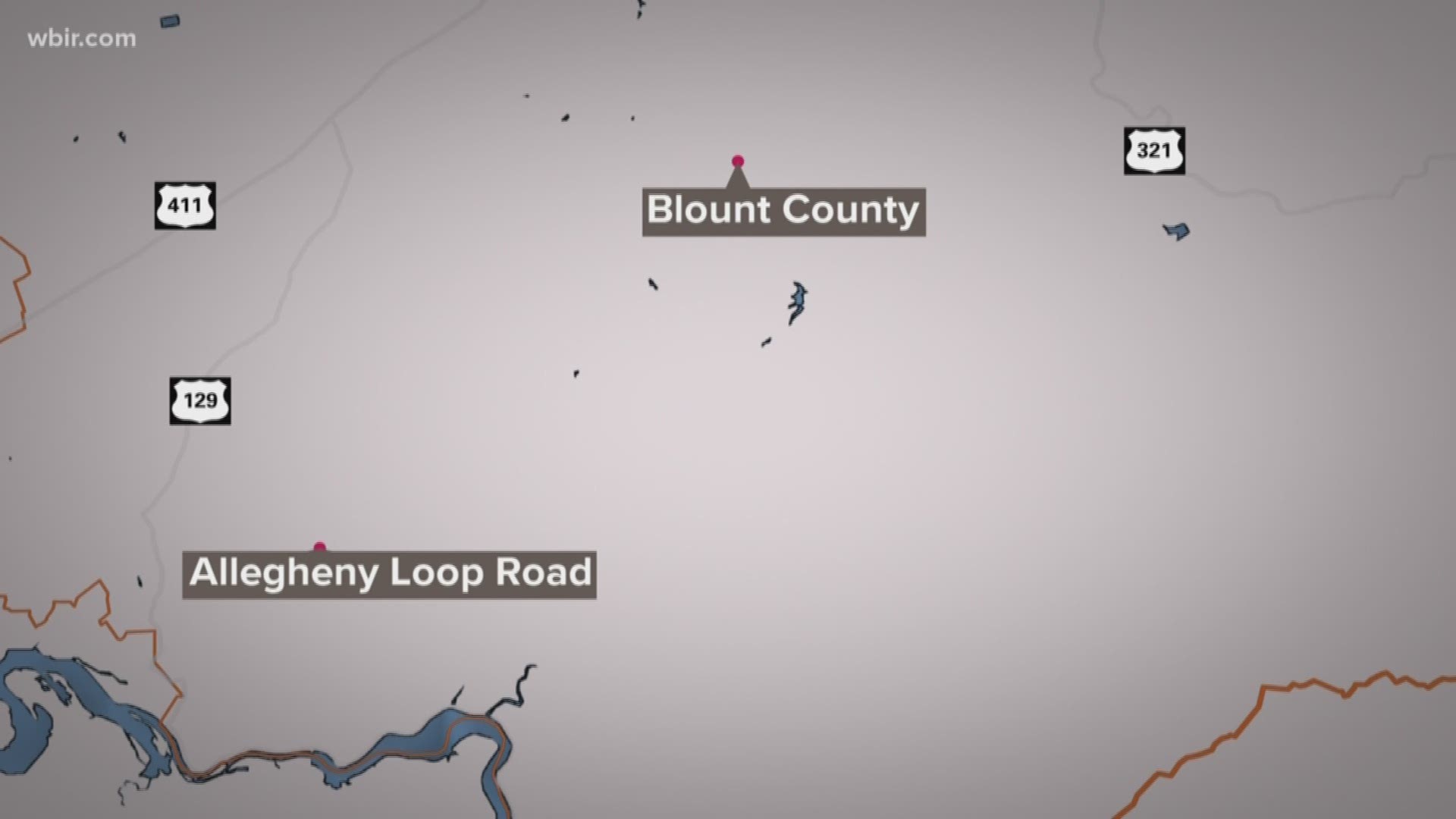