Dolly is going to be on a racecar at Bristol, baby!

The driver is hoping she'll bring him some good luck. 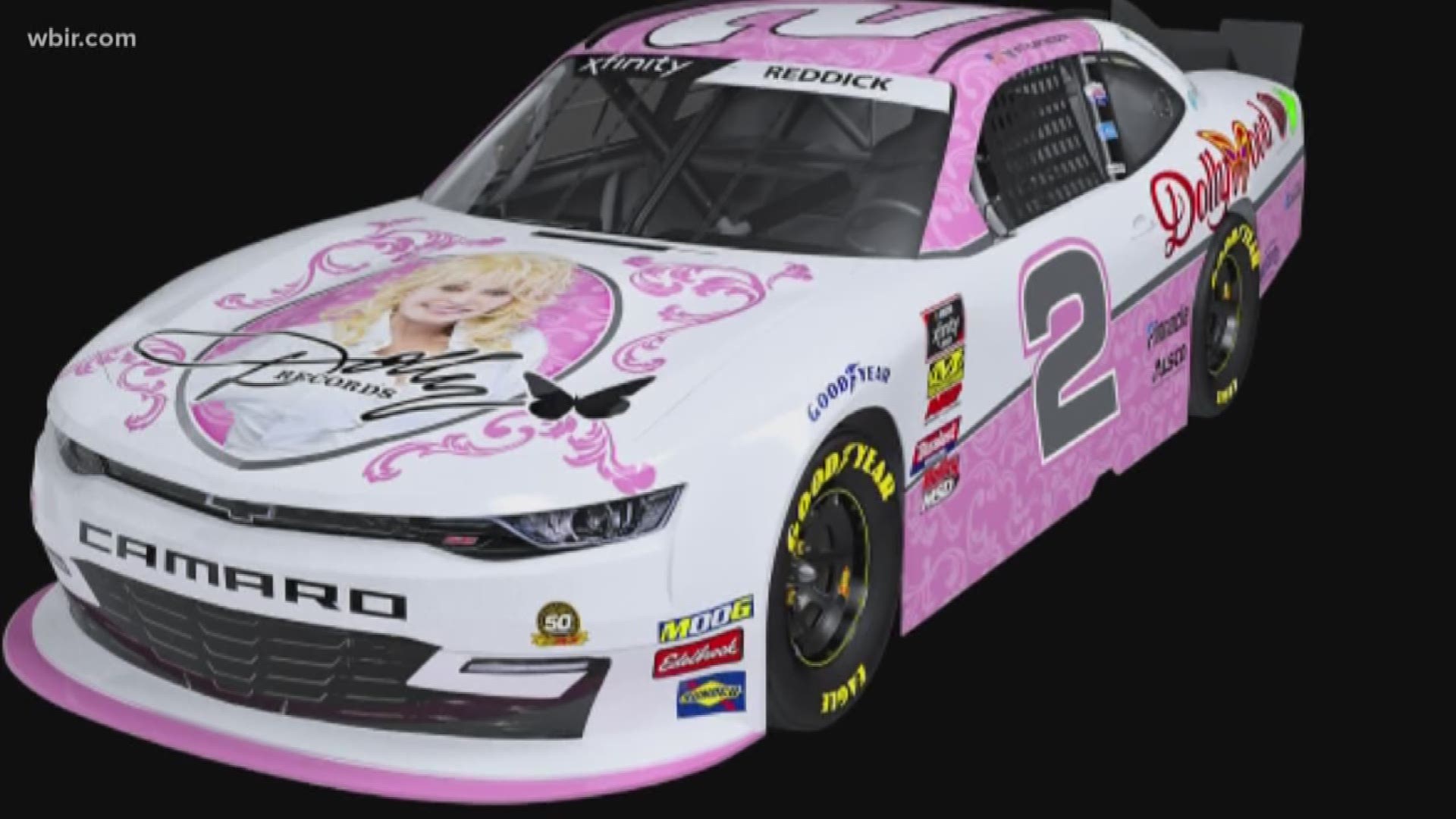 PIGEON FORGE, Tenn. — Dolly Parton is going to make a special appearance at Bristol Motor Speedway on Saturday- sort of.

Her photo will be prominently displayed on the hood of NASCAR Xfinity Series driver Tyler Reddick's racecar, and he's hoping she'll bring him some good luck.

"It’s no secret when Dolly Parton puts her name on something, success follows," a news release from Dollywood said. "Reddick hopes the same holds true during Saturday’s Alsco 300 at Bristol Motor Speedway."

Her record company, Dolly Records, will also be featured on the hood, the release said.

The rest of the car will have a pink background and feature logos from each of Dolly's Pigeon-Forge area attractions, as well as Imagination Library.

It will be the first time Parton and many of her businesses have been featured as a primary sponsor on a racecar, the release said.

Reddick is hoping Dolly will help put him "in Victory Lane for the first time in 2019," according to the release.

"It’s an honor to represent Dolly Parton and her variety of businesses on our No. 2 Chevrolet Camaro this weekend at Bristol Motor Speedway,” Reddick said in the release. “Dolly is an icon and has had a lot of success in her career, which is something I admire while trying to build my own success in NASCAR. Hopefully, we can take Dolly and the No. 2 Camaro to Victory Lane this weekend in her home state of Tennessee. I think that would be really special for everyone who is a fan of hers.”

Reddick just finished second place last weekend at Texas Motor Speedway and is the 2018 Xfinity Series champion, according to the release.