"It is only fitting that the last of the My People Fund will go to those who were the first to respond to the fires," Dolly Parton said. 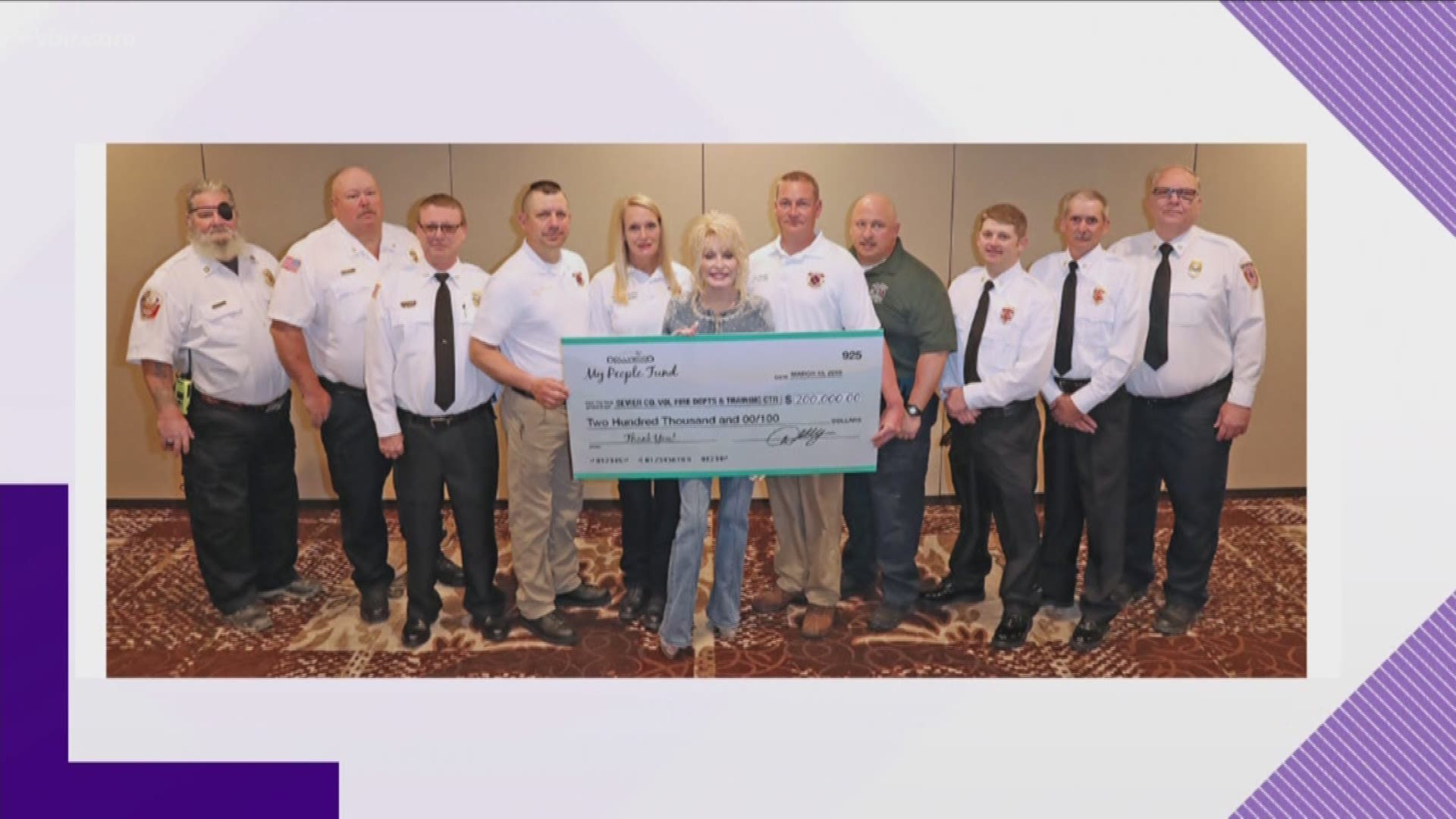 SEVIER COUNTY, Tenn. — East Tennessee's sweetheart continues to live up to her nickname, this time donating $200,000 to eight Sevier County volunteer fire departments and the county's training center through The Dollywood Foundation's My People Fund.

Dolly Parton met with all of the fire chiefs of the departments at Dollywood's DreamMore Resort and Spa on Saturday, March 16, to present the donation "in recognition of their instrumental role in fighting the 2016 wildfires," her website said in a news release.

RELATED: True Volunteers: Stories of heroism and generosity from the wildfires

"It is only fitting that the last of the My People Fund will go to those who were the first to respond to the fires," Parton said in the release.

The chiefs expressed their gratitude for the donation, the release said. The county needed about $40,000 to meet its goal to build a new classroom at the training center, which they will now have, thanks to that donation.

The training center is used by all fire departments in Sevier County as well as local law enforcement, according to the release.

"We are so thankful for this donation to all of the fire departments and for our training center," Tim Baker, the chief of the Waldens Creek Volunteer Fire Department and the current president of the Sevier County Fire Chiefs Association, said in the release. "The Waldens Creek VFD will use part of the money to purchase gear and part of the money to replace the roof on the station."

The Sevier County Fire Department also posted a thank you to Parton and the My People Fund on Facebook, saying the money would be put "to very good use."

The Dollywood Foundation created the My People Fund 48 hours after the 2016 wildfires hit, providing $1,000 each month for five months to Sevier County families whose homes were destroyed in the fires, the release said.  At the sixth month, a $5,000 check was given to each family, "due to the tremendous outpouring of donations and support."

RELATED: Dolly Parton honored as MusiCares Person Of The Year