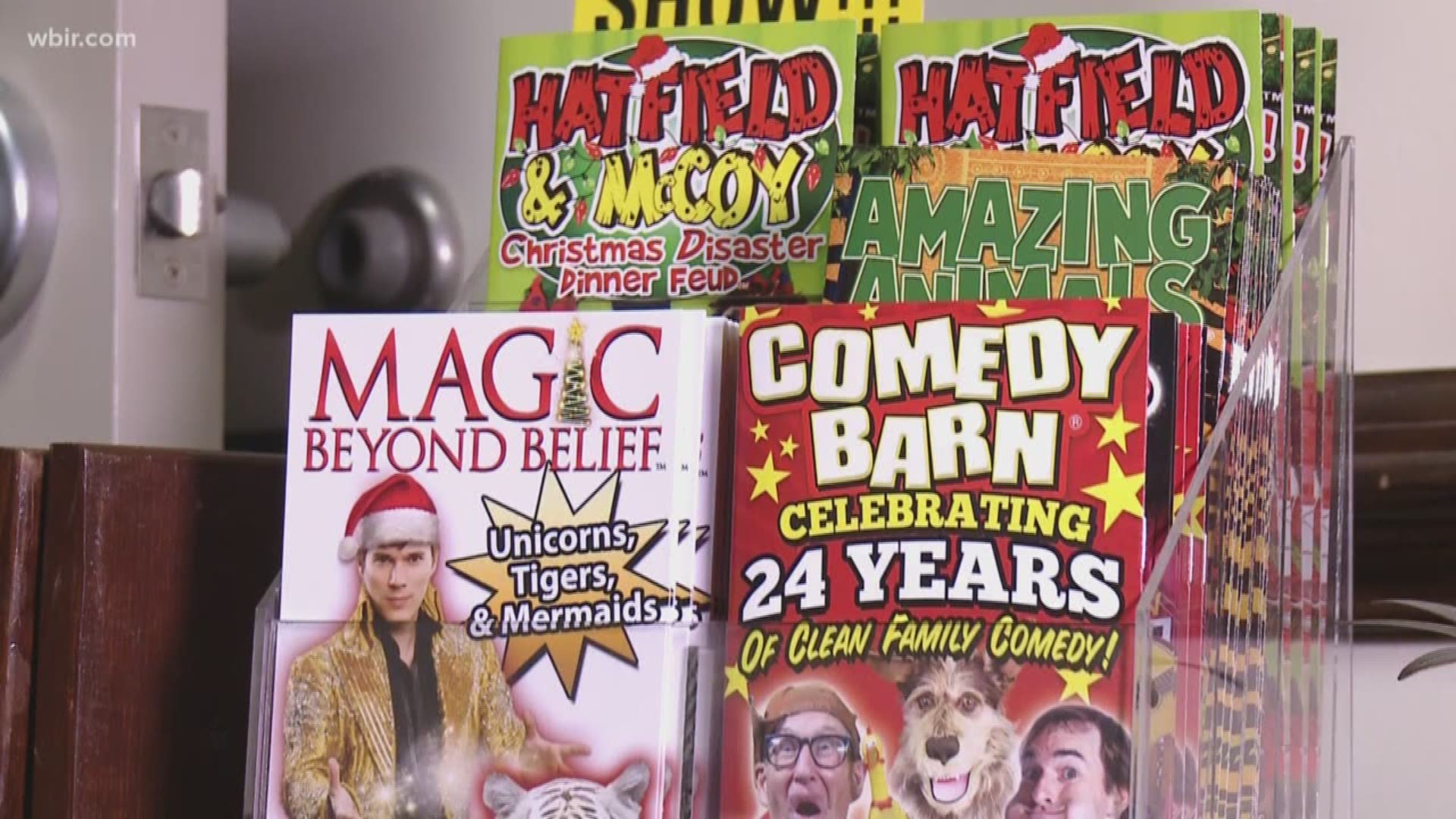 10News learned of the purchase back in November, before the deal was finalized.

RELATED: 4 Pigeon Forge attractions could soon be under new ownership

The purchase of The Hatfield and McCoy Dinner Feud, The Smoky Mountain Opry, the Comedy Barn, and Frizzle Chicken Farmhouse Café from Fee/Hedrick will expand the company's dinner theater holdings to seven, with shows currently in Pigeon Forge, Branson, Missouri, and Myrtle Beach, South Carolina.

“My theater production company just purchased Fee Hedrick Entertainment, and I am so excited to have more family entertainment to present to our guests in Pigeon Forge. In 2019, we’ll operate Comedy Barn, Hatfield & McCoy and Smoky Mountain Opry in the same way folks have come to remember them,” Parton said in the release.

She went on to say her company does not plan to change anything in the shows, for now.

“David, Jim and their team have done a great job with these shows through the years and, for now, we don’t plan to change anything. They are fun family entertainment, and that is the business I’m in,” she said.

"As Dolly said, this is an opportunity to expand our portfolio of theaters in Pigeon Forge with quality family entertainment," Fred Hardwick, the chairman of the board of World Choice Investments, said in the release. "We will also continue to expand our own brands like Pirates Voyage - opening this year in Pigeon Forge.”

Hardwick went on in the release to say the combined ownership of the theaters will allow the company to package shows together "in an affordable way" and work with Dollywood to bring visitors to the Smoky Mountains.

“Dolly’s enthusiastic leadership will continue to focus on bringing the best in entertainment in an affordable way for the families visiting the Smoky Mountains,” he said.