The YWCA said it takes community support to help break the cycle of domestic violence. 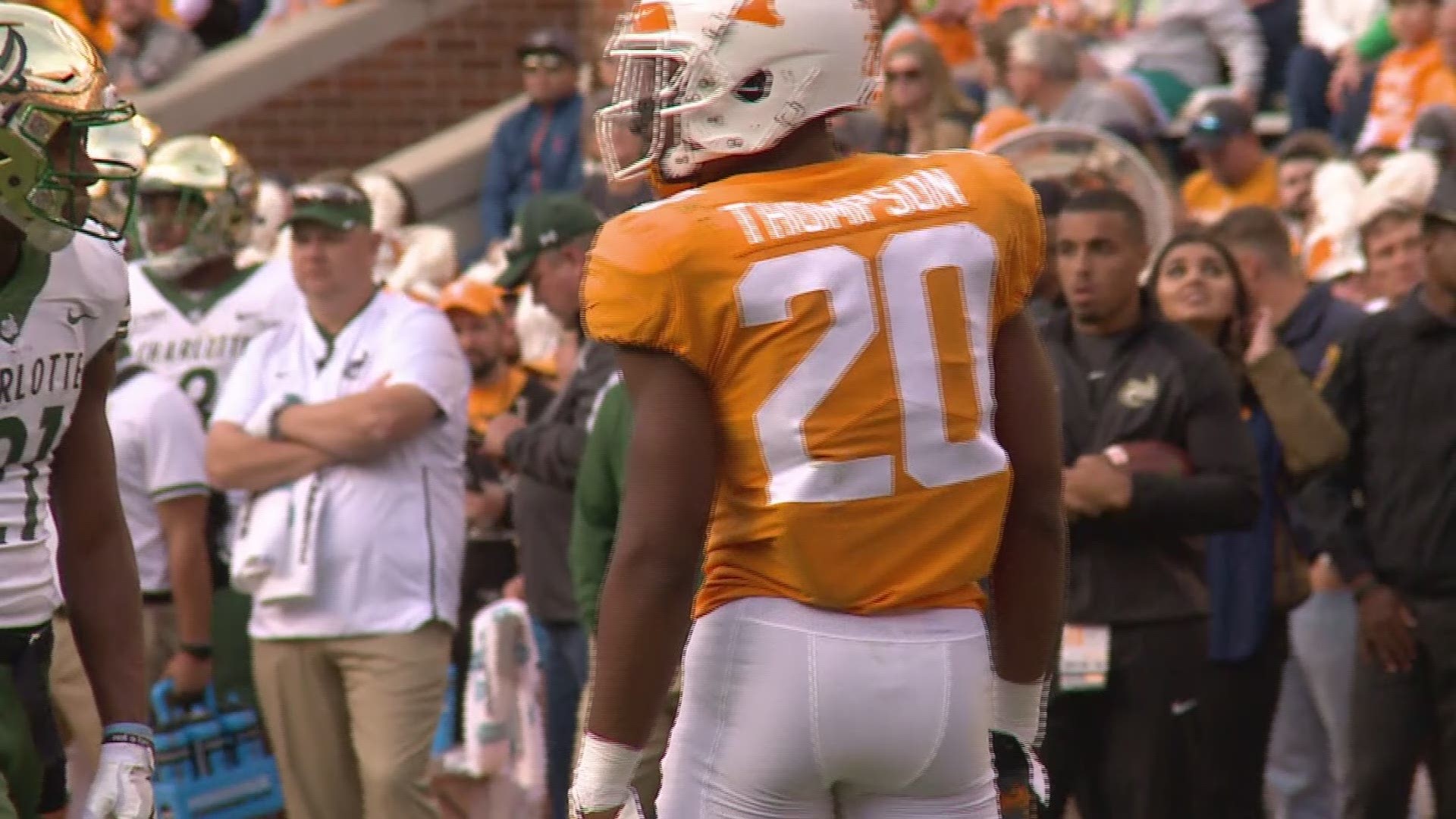 KNOXVILLE, Tenn. — After the Vols suspended UT football player Bryce Thompson indefinitely for domestic assault, the YWCA was impressed with the swift action by UTPD.

The report said witnesses called 911 after hearing yelling in Stokely Hall on campus.

They reported hearing Thompson threatening his girlfriend and heard him say he would "shoot up the school."

Jeela Taylor is a domestic violence advocate at the YWCA and said even though no physical violence was reported, domestic abuse can come in many forms. Verbal is one of the biggest.

"Words can have a blow that hurts more than physical," Taylor explained. "It could be more than that, and when you think about the cycle of abuse or the cycle of violence, it usually starts with words and ends with some sort of assault or violence."

Maggie McNally, the senior director of programs at YWCA, said it takes community support, like the announcement from the university, to help break the domestic violence cycle.

"So what I think is encouraging to us as an agency is when we see various members of our community, the university included, taking a stand and saying, 'This is not okay.'"

Head coach Jeremy Pruitt said in a statement, "The safety of all students is our first priority."

He quickly addressed the Thompson case at his weekly news conference Monday.

"We are going to focus on this game, and for us that's what we can focus on," Pruitt noted.

The police report indicated the witnesses called 911 and Taylor said that was the right move.

"It's very important to be a good bystander because a lot of times that's the first line of defense for somebody in a situation like that," Taylor indicated.

McNally said status often plays a role in whether a victim reaches out for help.

"It could potentially involve people on a football team, on a basketball team, in government, in politics, I mean every area of our life," McNally noted.

The university also said in a statement that safety is its first priority. It also said, "We have staff and procedures dedicated to investigating incidents, and making sure students and campus community members are protected."

The university said it's following that protocol.