The pipeline was intended to transport natural gas from West Virginia to Virginia and North Carolina, bringing thousands of jobs to the areas under construction. 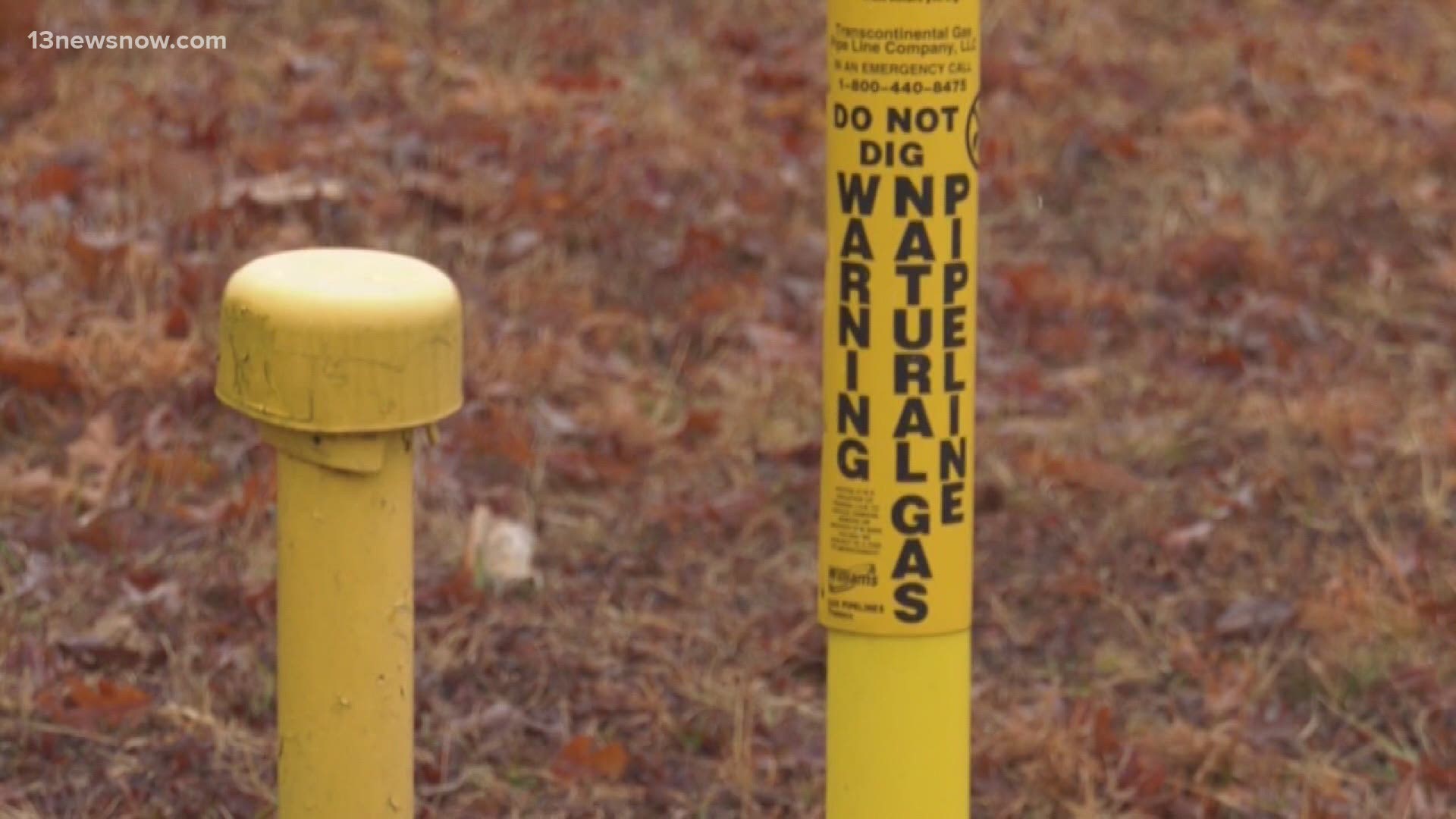 NORFOLK, Va. — Sunday afternoon, Dominion Energy and Duke Energy announced their intentions to cancel the construction of the planned Atlantic Coast Pipeline, "due to ongoing delays and increasing cost uncertainty, which threaten the economic viability of the project."

The pipeline was intended to transport natural gas from West Virginia to Virginia and North Carolina, bringing thousands of jobs to the areas under construction.

Through the years, Hampton Roads residents have clashed over the potential economic and environmental impacts of the pipeline.

A spokesperson for Dominion said updated evaluations of the project anticipated that it could have costed $8 billion, rather than the initially estimated $5 billion.

Duke and Dominion's project had ups and downs through all level of court systems, and its permit had been cleared by the Supreme Court in June.

In a release explaining the decision to cancel the pipeline, Dominion cited the project's legal trouble, paired with concerns over court energy rulings in other districts.

"Specifically, the decision of the United States District Court for the District of Montana overturning long-standing federal permit authority for waterbody and wetland crossings (Nationwide Permit 12), followed by a Ninth Circuit ruling on May 28 indicating an appeal is not likely to be successful, are new and serious challenges," wrote a spokesperson.

Barry DuVal, president of the Virginia Chamber of Commerce, wrote that the project's cancellation would not just hurt jobs, but could impact Virginians' access to affordable energy.

"The Atlantic Coast Pipeline was an invaluable gas infrastructure investment that would spur economic development," he wrote in a statement. "In Virginia alone, construction was expected to support 8,800 jobs and result in $1.4 billion in economic activity."

"There are temporary jobs, and even more importantly, pivoting to clean energy will create even more jobs and more permanent and stable jobs," said Oglethorpe.

In a joint statement by Duke Energy Chair Lynn Good, and Dominion Energy Chairman Thomas Farrell, II, the company presidents addressed the decision to drop the plan that was nearly six years in the making.

"We express sincere appreciation for the tireless efforts and important contributions made by all who were involved in this essential project," they wrote.

"This announcement reflects the increasing legal uncertainty that overhangs large-scale energy and industrial infrastructure development in the United States."

"Now, there’s an opportunity for the commonwealth and North Carolina to rapidly move toward renewable energy," said Buppert.