Early detection is key when it comes to melanoma, the deadliest form of skin cancer

It's the time of year when we are spending more time outside... But are you taking steps to protect your skin while in the sun? 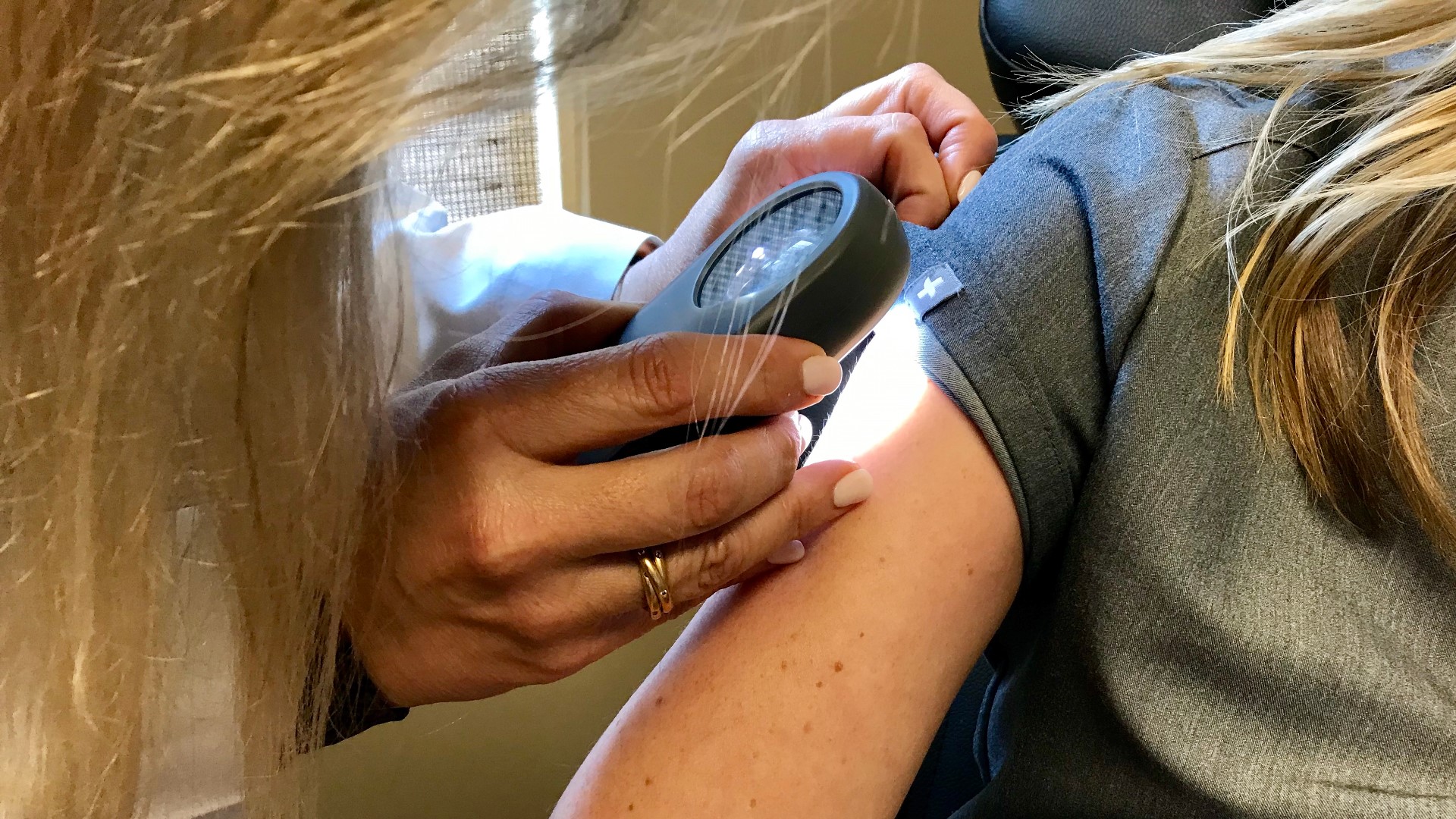 3 words that can change your life forever.

When Meteorologist Cassie Nall was 20 years old, her dad called and said those 3 words.

A few weeks earlier, a mole on her back that had been there for as long as she could remember had begun to itch.

While on her spring break, she made an appointment with a dermatologist and the biopsy was in… She had melanoma, the deadliest form of skin cancer.

The surgery to remove it left her with a 6-inch scar on her back, scars under both of her arms where lymph nodes were removed and forever changed her perspective on how to enjoy the sun.

May is Skin Cancer Awareness Month and making the decision to visit a dermatologist can be a life-changing and life-saving choice.

Cassie had all the warning signs but she just wasn’t aware of them.

Her spot was Asymmetric

The Borders were irregular

The Color was very dark

The Diameter was large

And the Evolution was there (it had started to itch)

“Is it dark? Is it different than your other spots? And is it changing? For dark, different and changing, that kind of encompasses the things that would make us worry about non-melanoma skin cancer too,” Dr. Kimberly Grande, a dermatologist at The Skin Wellness Center, said.

Yes, there are other types of skin cancer. However, melanoma is the most serious because it can metastasize to other parts of your body, like the lymph nodes, lungs, and brain.

RELATED: Dermatologists show how to spot and identify 3 types of skin cancer

In Cassie's case, it was a mole that had been there her whole life…. Then one day, something changed.

“And that’s what makes melanoma so tricky. Melanoma could come from a birthmark mole. The larger your birthmark, the more likely you could have that birthmark change and that could be melanoma,” Grande said.

So who is at risk?

“Surprisingly anybody can get skin cancer, even darkly toned patients. But the most important patient that we look for melanoma or other skin cancers are light skinned patients. Particularly blondes or red-heads, people who freckle, people that have a family history of skin cancer that’s incredibly important. And then people who have a history of blistering sunburns, long-term sun exposure, for example, those that work outdoors and then those that have had indoor tanning like tanning beds” Grande said.

RELATED: VERIFY: Do you need to wear sunscreen if your make-up has SPF in it?

So it’s not just sun exposure that can raise your risk of developing skin cancer. Family history can play a big role, too

However, generously applying sunscreen at least 30 minutes before going out into the sun, wearing UV blocking clothing and avoiding sunburn can substantially reduce damage to your skin… And reduce your risk of skin cancer.

And yes, people with darker skin are also at risk.

“Darker skin tones definitely get darker in the sun very easily and any color change is a sign of cellular damage," Grande said.

The bottom line is that you need to take care of your skin. Stay away from the tanning beds, know your family history and get checked if you see something suspicious.

Melanoma doesn’t have to be a death sentence… But catching it early can make all the difference.

According to the American Academy of Dermatology, skin cancer is the most common cancer in the United States and the second most common form of cancer in females age 15 to 29.

The 5-year survival rate for people whose melanoma is detected early and before it spreads to the lymph nodes is 99 percent.

However, that 5-year survival rate drops to just 23 percent once cancer moved to other parts of the body... So early detection is key.