Data from Smith Travel Research and provided to 10News by Visit Knoxville shows demand for hotel rooms in the Knoxville region was higher than other areas. 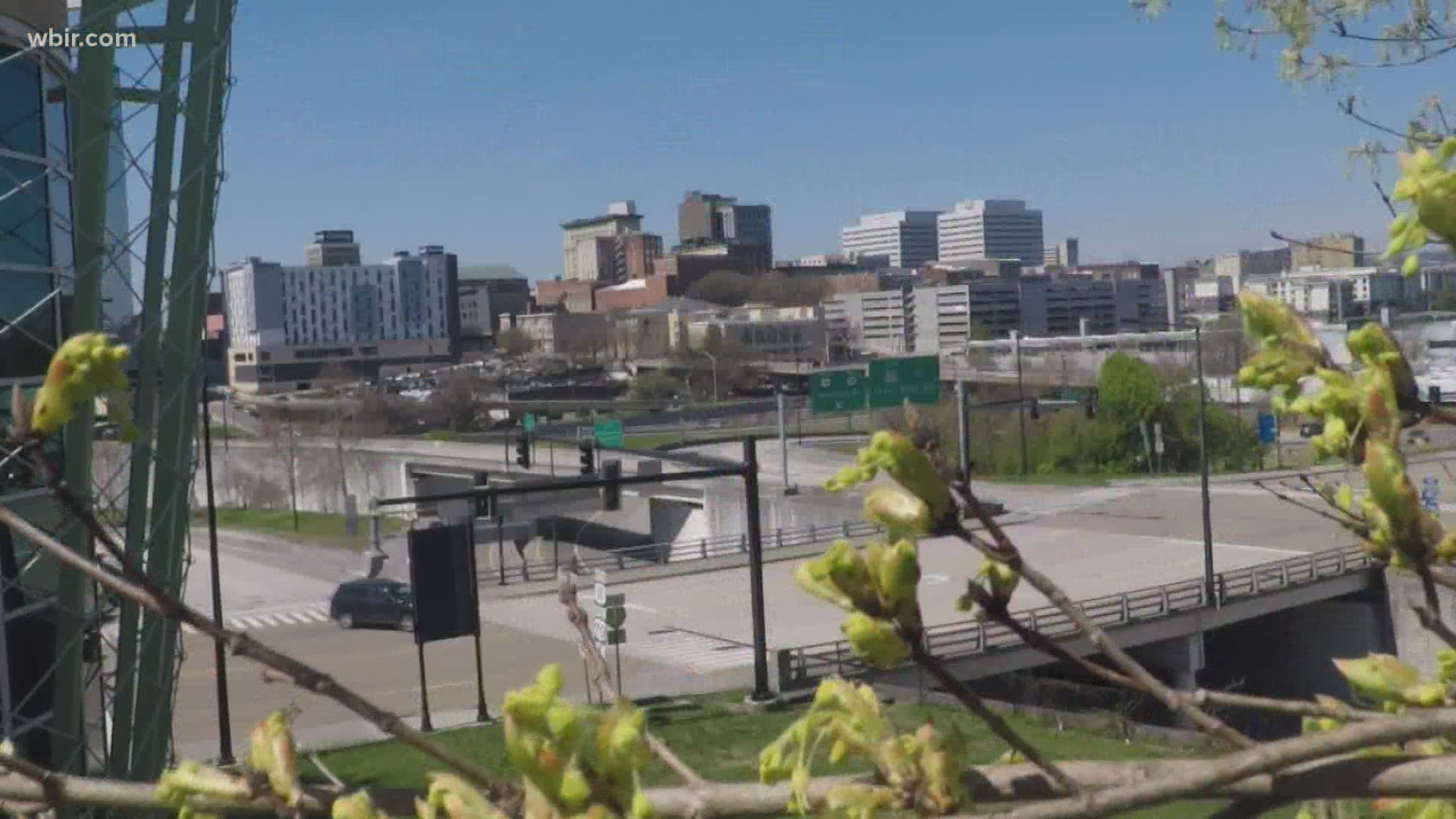 KNOXVILLE, Tennessee — The tourism industry is one of the most deeply-impacted parts of our economy due to COVID-19, but it looks like East Tennessee is bouncing back quicker than other parts of the state.

When everything shut down in earlier this year, travel ground to a halt while everyone stayed home.

Knox County saw hotel occupancy rates sink to 22.6 percent in April with only 4.4 percent in downtown, which is the lowest that Visit Knoxville President Kim Bumpas said she'd ever seen in her 25 years of working in tourism.

"COVID-19 has been devastating for our industry. It impacted the whole nation, the whole world," she said.

Visit Knoxville worked with organizers to first postpone then cancel more than 97 events this year. But Bumpas said many of those events have been rescheduled for 2021 and even beyond.

When things started reopening in May, Bumpas said tourism started to rebound pretty quickly in Knoxville.

"While it's still down, it could be worse," she said, and the momentum is in our favor.

The downtown Knoxville hotel occupancy rate in July was 79.1 percent and by August, had increased 1,700 percent from the low in April. Countywide, demand increased 126 percent from April to August.

The state has allocated some of its CARES Act money from the federal government to use for COVID-friendly marketing for Knoxville and East Tennessee.

Knoxville is an attractive city for people to visit. It's within driving distance from most of the country, affordable, and very outdoor-oriented. Bumpas said Knoxville's mask mandate and other COVID-19 security measures seemed to comfort visitors.

"People want to go somewhere, take a hike, eat at nice restaurants, stay at a nice hotel," she said.

Credit: Smith Travel Research
Graphic shows regional demand for hotels in Tennessee before and during the COVID-19 pandemic.

It appears more people are choosing Knoxville than other Tennessee cities right now.

Data from Smith Travel Research and provided to 10News by Visit Knoxville shows that the demand for hotel rooms in the Knoxville region was higher than anywhere else in the state this summer.

In January 2020, Nashville had the highest demand for hotel rooms in Tennessee. Memphis and Knoxville were in second and third place, but the gap was narrow. When the pandemic hit, tourism plunged to a low in April for all cities.

As the cities reopened, Knoxville gained ground quicker than Nashville in July, with Memphis in third place.

Bumpas said Visit Knoxville will continue to share the message that the city is a safe place to visit and tourists are welcome here.

One sign of further progress is coming up in October, when Knoxville hosts the Annual Street Rod Nationals South for the 37th year. It's one of the only big events that's still happening in 2020.

"We're very proud to be able to host for them and our community," Bumpas said.

The event is outdoors, and visitors will be required to wear mask and comply by other safety guidelines.

Bumpas said it will be a great activity for locals and tourists alike.

"It's an activity that gets you out of the house, you can walk outside, look at these amazing cars," she said.

The event will be held Oct. 2-4 at Chilhowee Park. You can get more information here.