Services for Ed Westcott, photographer for the Manhattan Project, set for Thursday and Friday

Ed Westcott was the only photographer allowed into Oak Ridge during the Manhattan Project. His photos captured moments in history and have been seen all over the world. 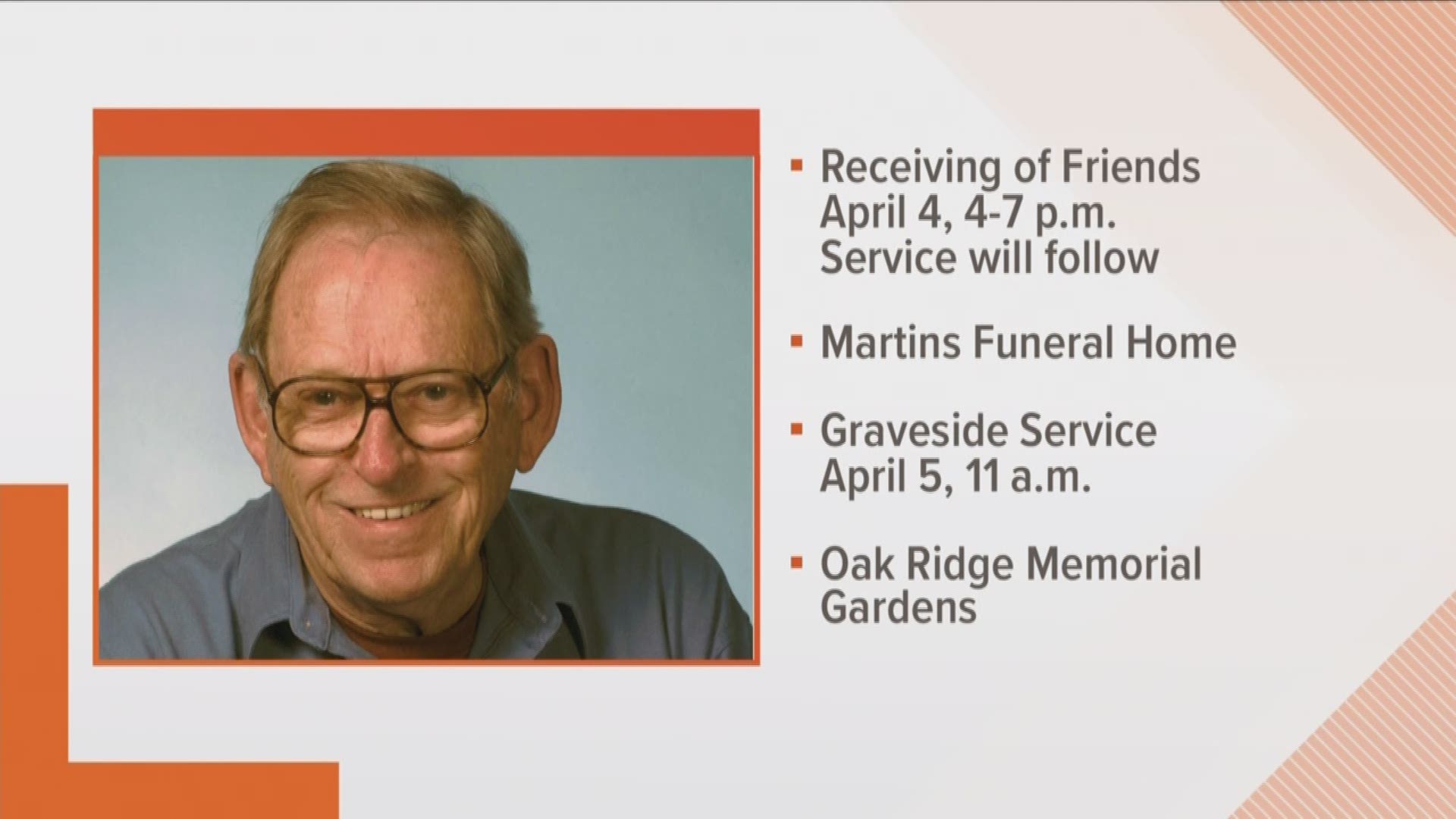 Receiving of friends with service to follow will be April 4 from 4 p.m. until 7 p.m. at Martins Funeral Home in Oak Ridge.

A graveside service will be April 5 at 11 a.m. at Oak Ridge Memorial Gardens.

Westcott was the only photographer allowed inside of Oak Ridge during the Manhattan Project. His photographs tell the history of the Atomic City.

Westcott's photography was one that could tell the story of Oak Ridge and those who worked there during that time of research and development through the 1940s.

Documenting the Manhattan Project: The photos of Ed Westcott

Westcott expressed interest in photography when he was in his teens and received a camera during the Great Depression. Right when Westcott was about to turn 21, the Army Corps had transferred him to Oak Ridge to take photos of the process of construction sites.

His photographs document the development of the atomic bomb and the research that went on after the war. He went on to work as a photographer for the US government until his retirement in 1977.

In 2018, Westcott was nominated to receive the Presidential Medal of Freedom.

U.S. Rep. Chuck Fleischmann, whose district includes Oak Ridge and its government reservation, submitted Westcott's name and paperwork in 2017 to the White House, according to Kasey Lovett, his press secretary.

“The men and women of the Manhattan Project in Oak Ridge changed the world, and thanks to the incredible photography of Mr. Westcott we have a timeless record of this unique period in our country’s history," Fleischmann said in a released statement. "Mr. Westcott used his gift of photography to chronicle daily life and work in the Secret City by capturing history as it happened.

"It was my great honor and privilege to recommend him for a Presidential Medal of Freedom. I can think of no more deserving recipient than Mr. Westcott.”

Celebrating Westcott's work, Ray Smith created a documentary to commemorate all of his work that premiered in 2018.

“Ed Westcott was Oak Ridge's champion, a friend to every person he met, a creative genius, and American hero.  His iconic photography recorded the history of the Manhattan Project, the creation of Oak Ridge, and our City's contributions in helping win World War II, the Cold War, and the scientific advances over 75 years which have enhanced mankind.  His work chronicled the life and times, talent, hard work, sacrifice, and patriotism of the tens of thousands of men and women who made it happen.

"While we mourn the passing of a great man and dear friend, we are comforted by the fact that we are better people for having known him, and Oak Ridge's contributions to our country and to the world are forever memorialized because of his vision and indomitable spirit.”

On Thursday, April 4, Fleischmann took time to remember Westcott on the House floor.

In 2013, a portrait of the famous photographer was unveiled at the Museum of Science and Energy. The portrait was commissioned by his son, William, to honor his father's work during and after World War II.

Some of Westcott's war-era photos are on display in Oak Ridge. Many also can be seen here.