Owen Davis is makes a difference in our community. That's why he is our latest 10 Rising Heart. 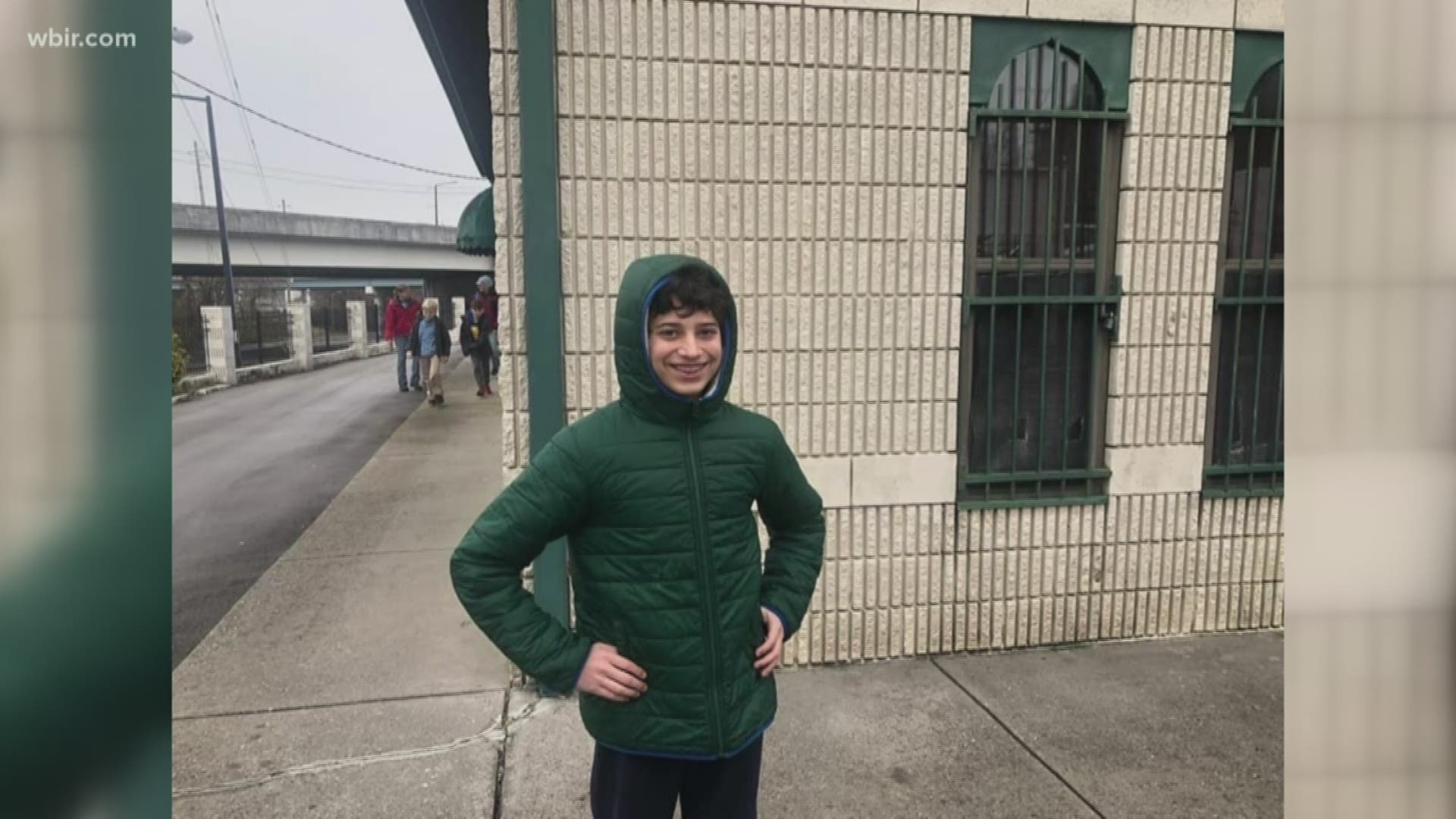 KNOXVILLE, Tenn. — He is an 8th grade student who is wise beyond his years. Owen Davis considers volunteering a way of life.

"He is someone who brings a ready wit with him wherever he goes. He is incredibly respectful, though, so he is able to balance those two things. And he is also incredibly bright," Father Matt Farr said.

The Chaplain at the Episcopal School of Knoxville has seen that intellect and humor teaching a World Religion class where Owen Davis is a stand out student.

Fr. Matt Farr said he is a leader in his 8th-grade class and humble.

"He has an ability to have fun and to be silly and to be goofy but he brings a maturity that many of his peers could learn to incorporate into his own lives," Fr. Farr said.

Credit: WBIR
The chapel at the Episcopal School of Knoxville

Owen Davis is a teenager committed to service.

"I just really strive to make a difference in my community. My parents have raised me to do service from such a young age. We attend protests, marches, vigils. Like the annual March for Women's Rights and the vigil for Syrian refugees," he said.

An organization that is dear to his heart is Seeds of Abraham.

Credit: Davis Family
About once a month, volunteers with Seeds of Abraham make deliveries to the homeless under the bridge

Owen said he feels a responsibility to help others.

He also volunteers at the Humane Society and with Family Promise of Knoxville, which helps homeless families.

"The Family Promise people usually come to the Tennessee Valley Unitarian Universalist church where I attend. And I usually supervise games or volunteer at the pasta cook-off," he said.

Owen appreciates volunteering with others in the community.

"You're all coming together no matter what background you're from to do the same thing, to unite in service," he said.

He has a wide range of interests including chemistry, philosophy, Spanish, math and music.

What he does well now is serve.

"You can always fit in a bit of service into your life. It's not that hard, really, and it makes such a big difference," Owen said.

We want to showcase students who reach beyond their schools and families to help make our community better. To nominate a student, please send an email describing them and their community service to 10Hearts@wbir.com

RELATED: 10 Rising Hearts: Student honors his brother while supporting a charity close to his heart