Sixth grader is organizing events, giving away t-shirts, and planning to form an anti-bullying committee. 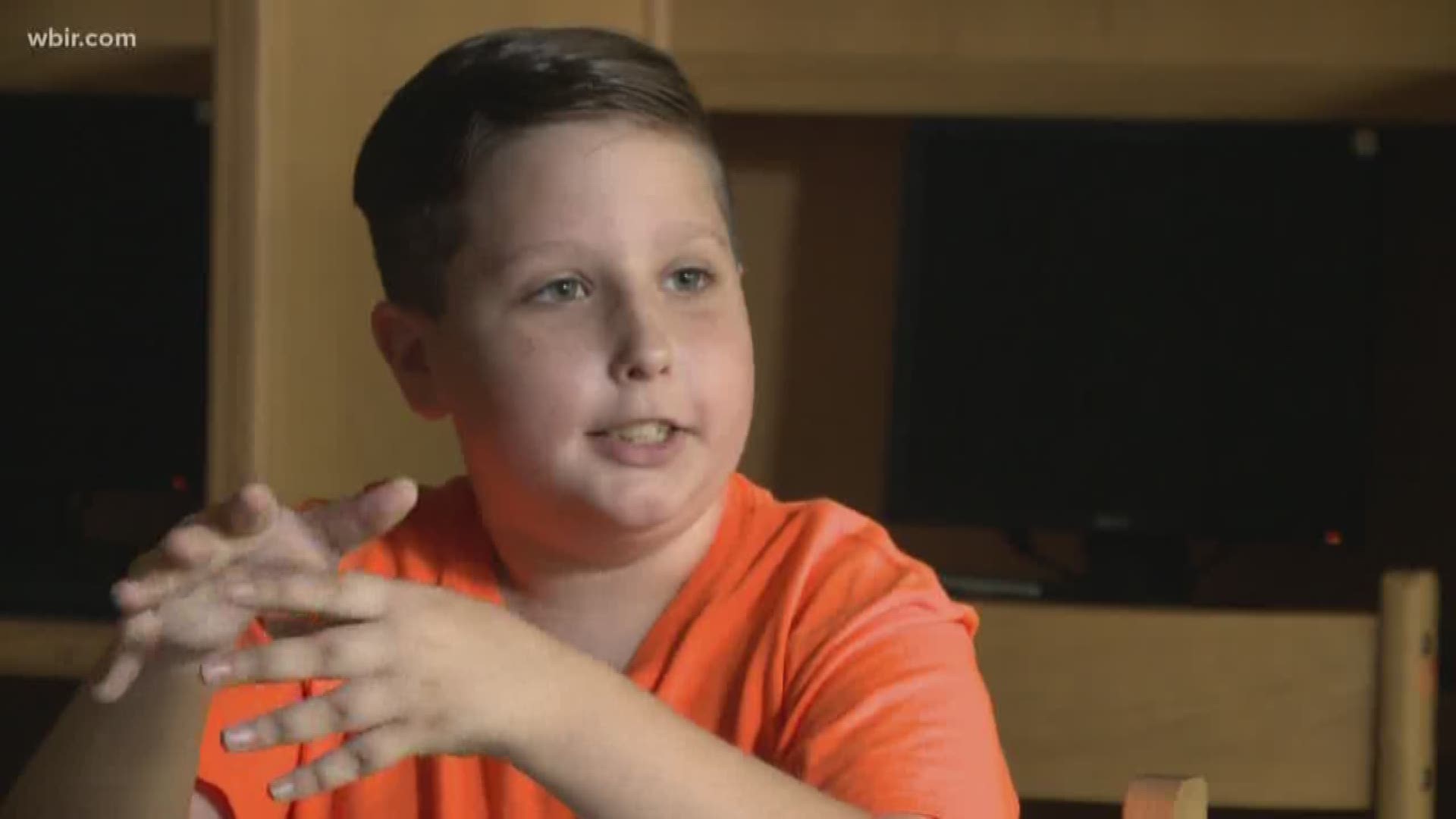 October is National Bullying Prevention Month. One East Tennessee students is making it a year round project.

The principal at Jacksboro Middle School met Isaac Jones just a few months ago but immediately got a good impression.

"Students have bad days. I have yet to see him have a bad day. He's just a great kid," 40 Gretchen Thomas said.

When he isn't enjoying lunch in the school cafeteria, he's thinking about serious stuff.

"You need to stop bullies turning into bullies before they get there," Isaac Jones said.

The sixth grade student started an anti-bullying awareness campaign he calls "Let's Get Loud About It." It's a response to his own bullying experience.

"It all started at about kindergarten or first grade," the 11-year-old said.

Isaac remembered a kid approaching him and his best friend.

He said the bullying continued, then years later, one time, he himself acted like a bully.

"You can't do that. You can't have anger built up in your body. In fifth grade I took it out on somebody and it wasn't him and you just can't do that to somebody innocent," he said.

That inspired him to take action.

He already attends Campbell County Commission meetings with his grandfather so it wasn't that big of a leap to approach the commission, the mayor, and school board members about helping with his anti-bullying campaign. They contributed money to his effort to make anti-bullying t-shirts. He and his grandfather also went to businesses to get t-shirt sponsors.

"On the front of my shirt it says speak the truth even if your voice shakes. And that's something everybody needs to do," Isaac explained.

Gretchen Thomas said, "This is this young man on his own trying to get everybody on board and involved, students, everybody. It's just an awareness for a sixth grade student to have that just kind of blows your mind."

Isaac is holding events to raise awareness and encourage people to talk about bullying.

"September first we had a movie night at Lonas Young Memorial Park and we gave out t-shirts and we watched the movie Wonder," he said.

The next step is forming an anti-bullying committee.

"We need kids that have experienced bullying, we need them to be on this committee," he said.

"Politics should be in his future. I don't know if he'll take that route or not," she said.

He's thinking about it.

"I think I need to start low. Like I just got representative in student council this year. So I am starting here and going on," he said.

He is going on to make a difference in his community.

We want to showcase students who reach beyond their schools and families to help make our community better. To nominate a student, please send an email describing them and their community service to 10Hearts@wbir.com.