10 Rising Hearts: little girl makes a big difference in the Race for the Cure

She's only in first grade but Chandler Bibee has already raised $10,000 for Komen East Tennessee 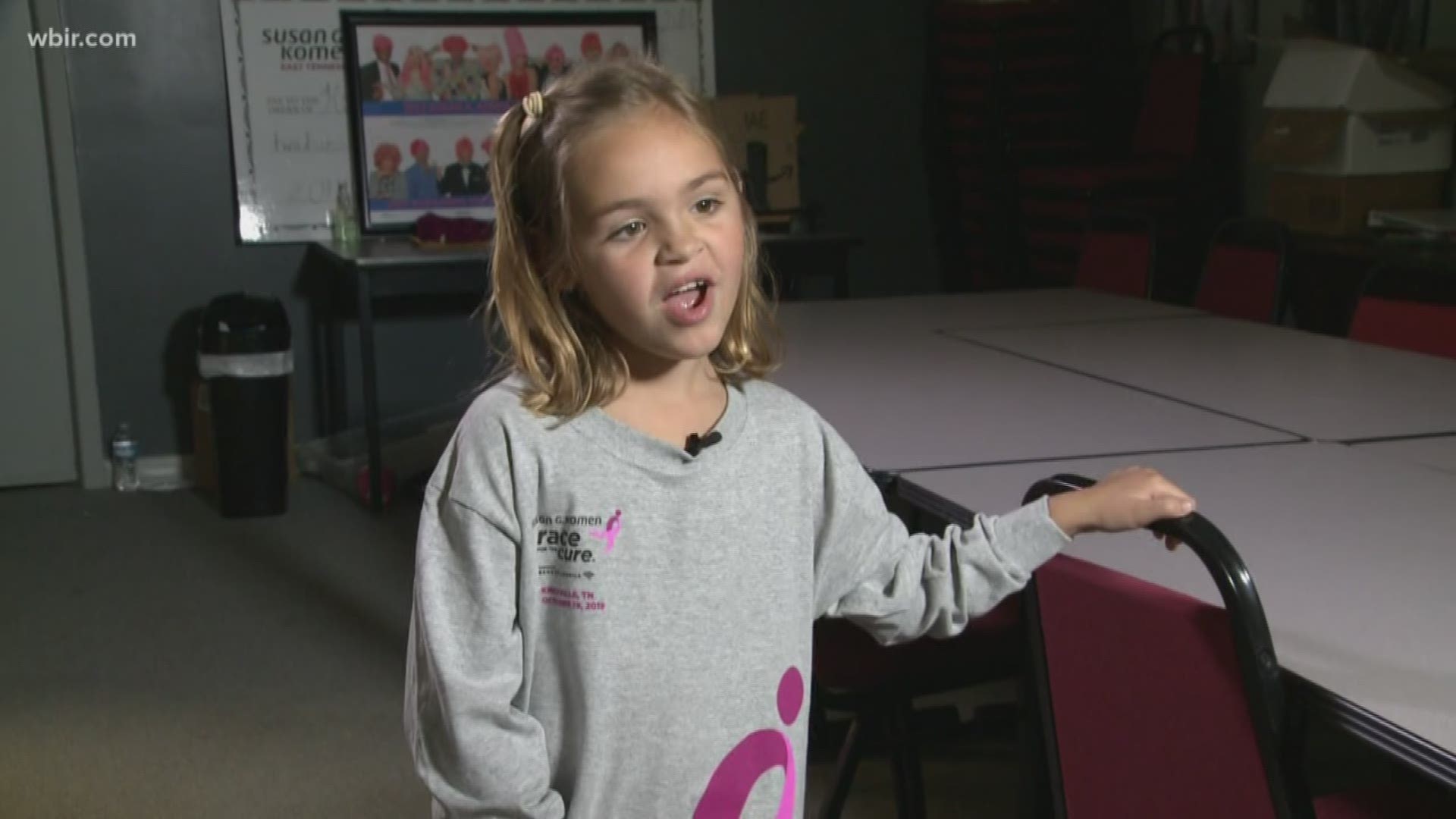 That's a cheer six-year-old Chandler Bibee does to raise money for the Race for the Cure.

Her mother, Katy Bibee, was 32 when she found a lump and was diagnosed with breast cancer.

"So I had a 5-year-old, a 3-year-old and a 3-month old," Katy Bibee said. "Going through chemotherapy and a very hard surgery is just hard but we had lots of support so we were super thankful."

Credit: Bibee Family
When Katy Bibee was diagnosed with breast cancer she had children who were 5, 3, and 3 months

Her husband started a Race for the Cure team called Katy's Krew.

"We had previously participated in Race for the cure in honor of my mom. But he was like I am going to raise as much money as I can," she said.

Credit: Bibee Family
The entire Bibee family contributes to the Race for the Cure

Komen East Tennessee is thankful for the Bibee family's commitment.

Komen East Tennessee Executive Director, Amy Dunaway said, "Their mom was diagnosed when Chandler was three months old and so they've been doing this all their lives. Race for the Cure in October, that's what they know. And it's really cool to see them come out, support their mom, and to watch them grow up over the years."

Katy Bibee is cancer-free. She's a survivor who gives back with the help of her friends and family.

The Race for the Cure is October 19, 2019.  Hundreds of of volunteers will come out to help, including Chandler and the rest of Katy's Krew.

We want to showcase students who reach beyond their schools and families to help make our community better. To nominate a student, please send an email describing them and their community service to 10Hearts@wbir.com