The state's goal was to reach a composite score of 21. This year's number hovers above 19. 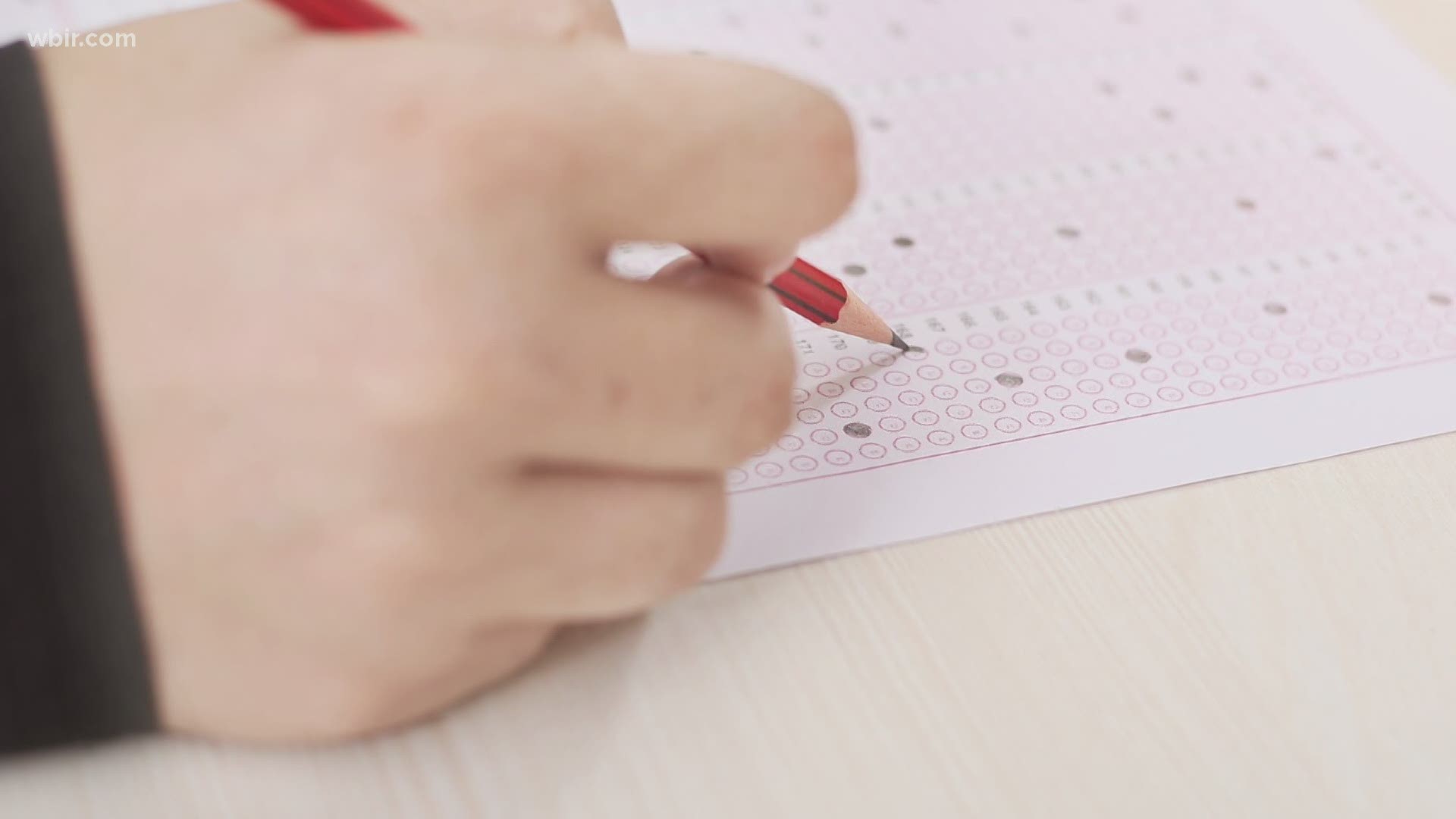 KNOXVILLE, Tenn. — The state's goal was to reach an average ACT score of 21 by 2020, but new data shows that didn't happen and education leaders believe there are many things that play into that.

The average composite score this year was 19.9, according to the Tennessee Department of Education. That is down from the record high score of 20.2 in 2018.

Leigh Anne Touzeau is with the enrollment office at Pellissippi State. She said there is a lot behind that.

"Seniors and juniors right now have had unprecedented times in high school," she said.

She said, for this reason, there's a lot to consider here, like the number of students who've taken it.

"They had a long time where they weren't testing so it takes a long time to catch up to those numbers," Touzeau said.

About 1,265 fewer students took the ACT in 2020. Tourzeau said there are a lot of reasons for that.

"A lot of schools that use the ACT. They are turning to blind admissions they are basically saying we are not going to use the ACT," she said.

Institutions across the country made this move because so many students couldn't take the test due to COVID.

"Some students may think why would I even sit through four hours of torture," she said.

While some schools help pay for the exam, there are students who have to pay and this year may have made that a little harder.

"Saves them a little bit of money too," she added.

Then there are scholarships, many of which were flexible given the circumstances. But Touzeau said we have to start thinking about the future.

"I don't know what they are going to be doing for the following years we're just going to have to wait and see," she said. "But I think eventually we will rebound and at some point even out."