The group decided to test how microgravity affects tooth decay, and what better way to do that than in outer space. 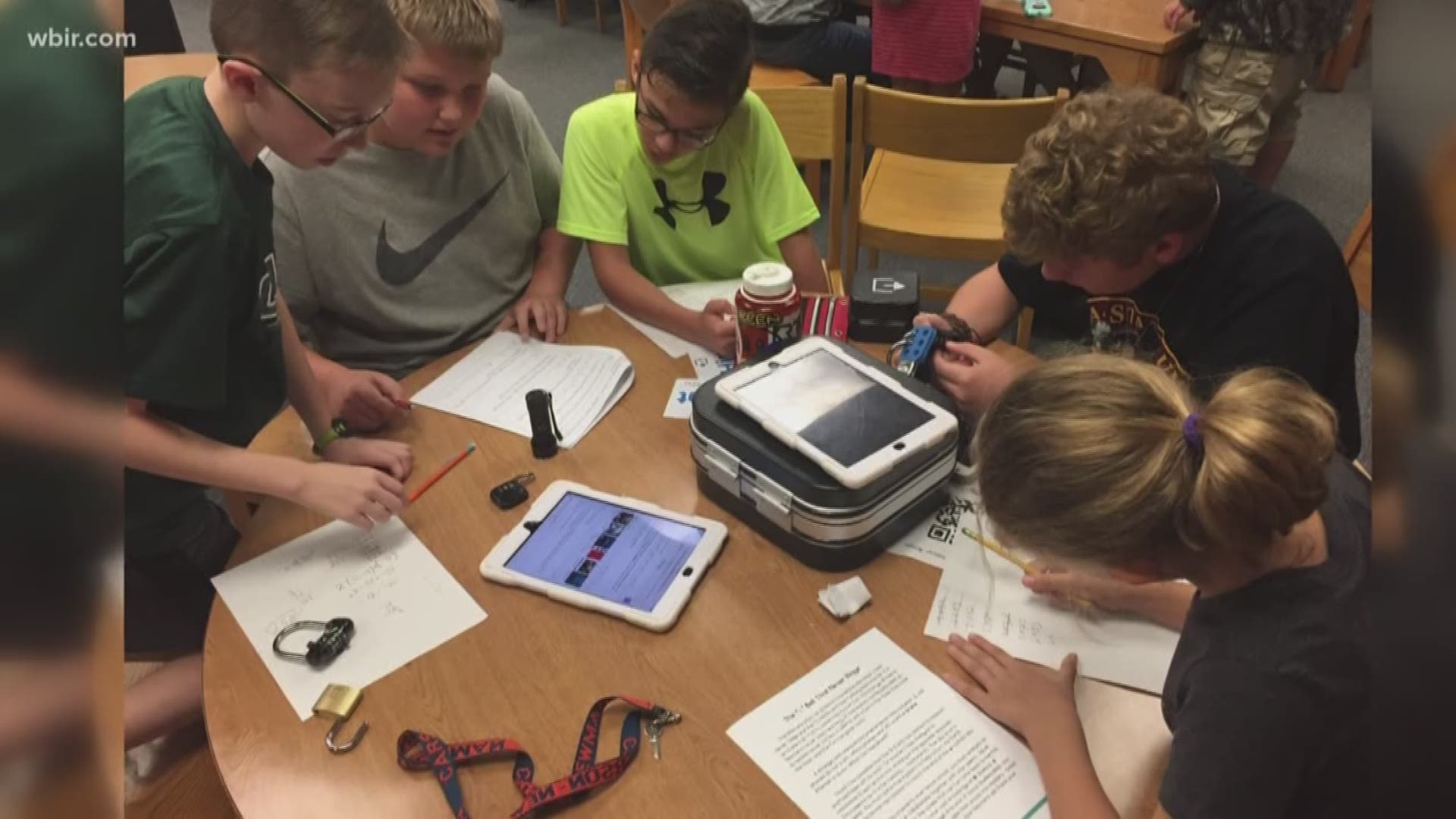 Five students from Carter Middle School unsealed a tube containing a human tooth they sent to the International Space Station on Sunday.

Back in September the group entered a competition to be a part of the Student Spaceflights Experiments Program, which lets students submit a science project to fly in low Earth orbit.

"We had to actually win the competition and then we got ours put into a rocket ship that we went and watched launch off this summer," Barnes said.

Three different teeth were included in the project. Each tooth got a name but only one was sent to outer space.

"We have Jimmy, Steven and Craig. Craig is the one who went to outer space, and Jimmy and Steven stayed here," Barnes said.

After comparing Craig and Steven, Barnes said the team was surprised at the results.

Braxton Purkey said he was speechless when the he and his team learned their project would travel among the stars.

"They announced us and I'm just so excited. You can see I didn't know what to do with my hands, I'm just flailing my arms around," Purkey said. "I think I fell at some point."

Carter Middle School is one of 34 teams chosen internationally. On Tuesday, the team plans to compare the decay of the space tooth with the second tooth they kept in the classroom.

The Student Spaceflights Experiments Program is facilitated by the National Center for Earth and Space Science Education, which is combined effort from Dream Up PBS, Nano Racks LLC, NASA and the Smithsonian.