Cyntoia Brown Long was a victim of sex trafficking when she was 16, when she killed a man who solicited her for sex. She spent years in prison before being released. 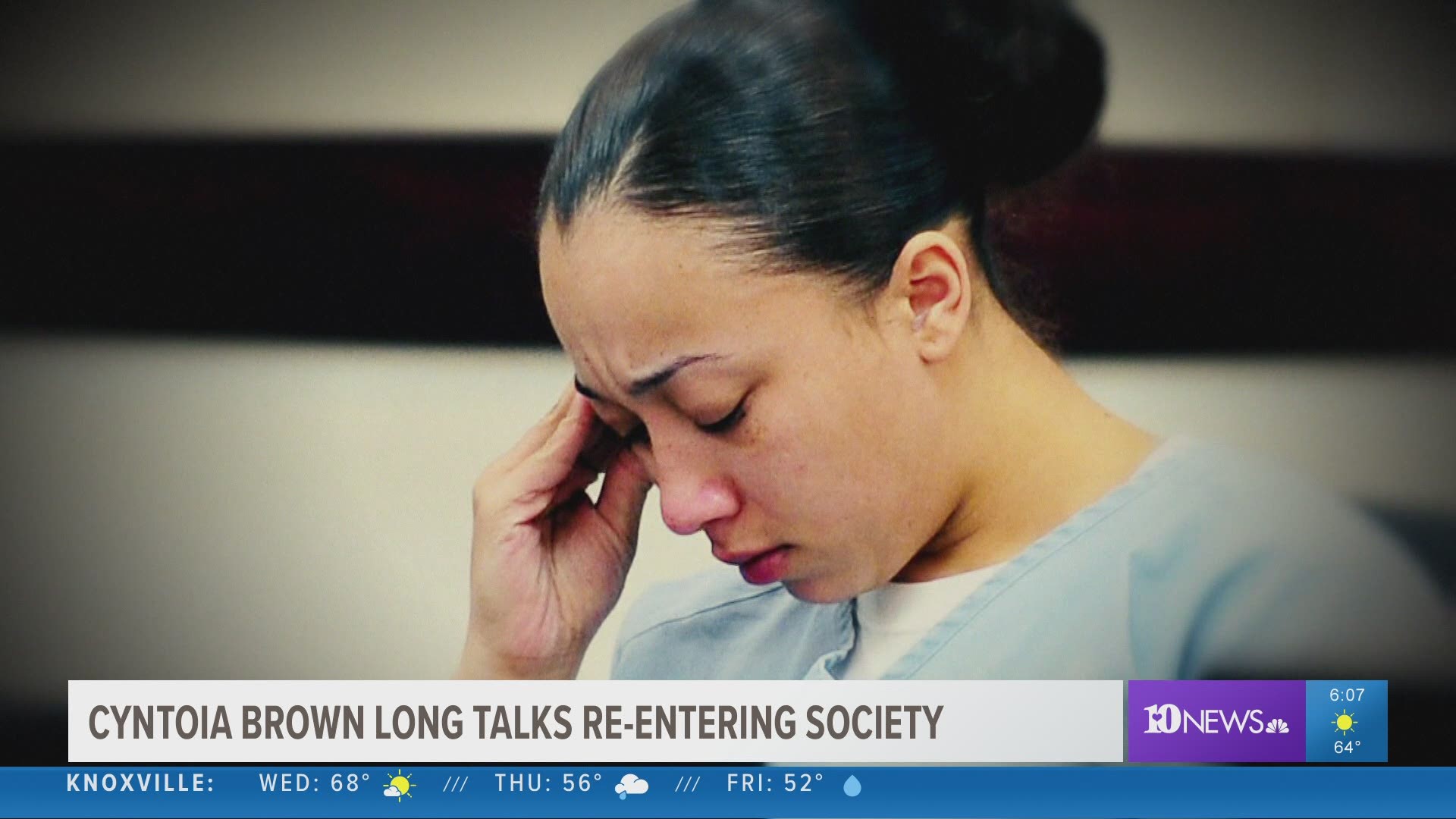 KNOXVILLE, Tenn. — The University of Tennessee College of Law virtually hosted a talk from the person at the center of a complex and controversial legal case on Tuesday.

Cyntoia Brown-Long spoke as part of the college's annual Rose Lecture. Her talk focused on re-entering society after spending years in prison. She was arrested and convicted in Tennessee in 2004, when she was 16 years old, after killing a man who solicited her for sex.

Brown-Long and her supporters argued that she acted in self-defense and was a victim of sex trafficking. While in prison, she also earned her GED, finished a bachelor's degree and mentored at-risk youth.

In 2006, she was convicted of first-degree murder and aggravated robbery by a Davidson County jury. She killed 43-year-old real estate agent Johnny Allen, who paid to have sex with her. Brown-Long spent 15 years behind bars after receiving a life sentence.

Prominent lawyers took her case, a documentary was made by PBS and Brown-Long was backed by celebrities such as Rhianna and Kim Kardashian West.

Former Governor Bill Haslam commuted her sentence in 2019, and the Tennessee House of Representatives passed legislation inspired by her case to protect victims of sex trafficking who are also minors.

She also co-wrote a memoir called "Free Cyntoia: My Search for Redemption in the American Prison System."

The talk was given through Zoom at 12 p.m. on Feb. 23. It was part of the Rethinking Reentry Symposium by the Tennessee Journal of Race, Gender and Social Justice.