About two-thirds of Knox County students will attend in-person classes. We talked to a few of them about their expectations for the school year. 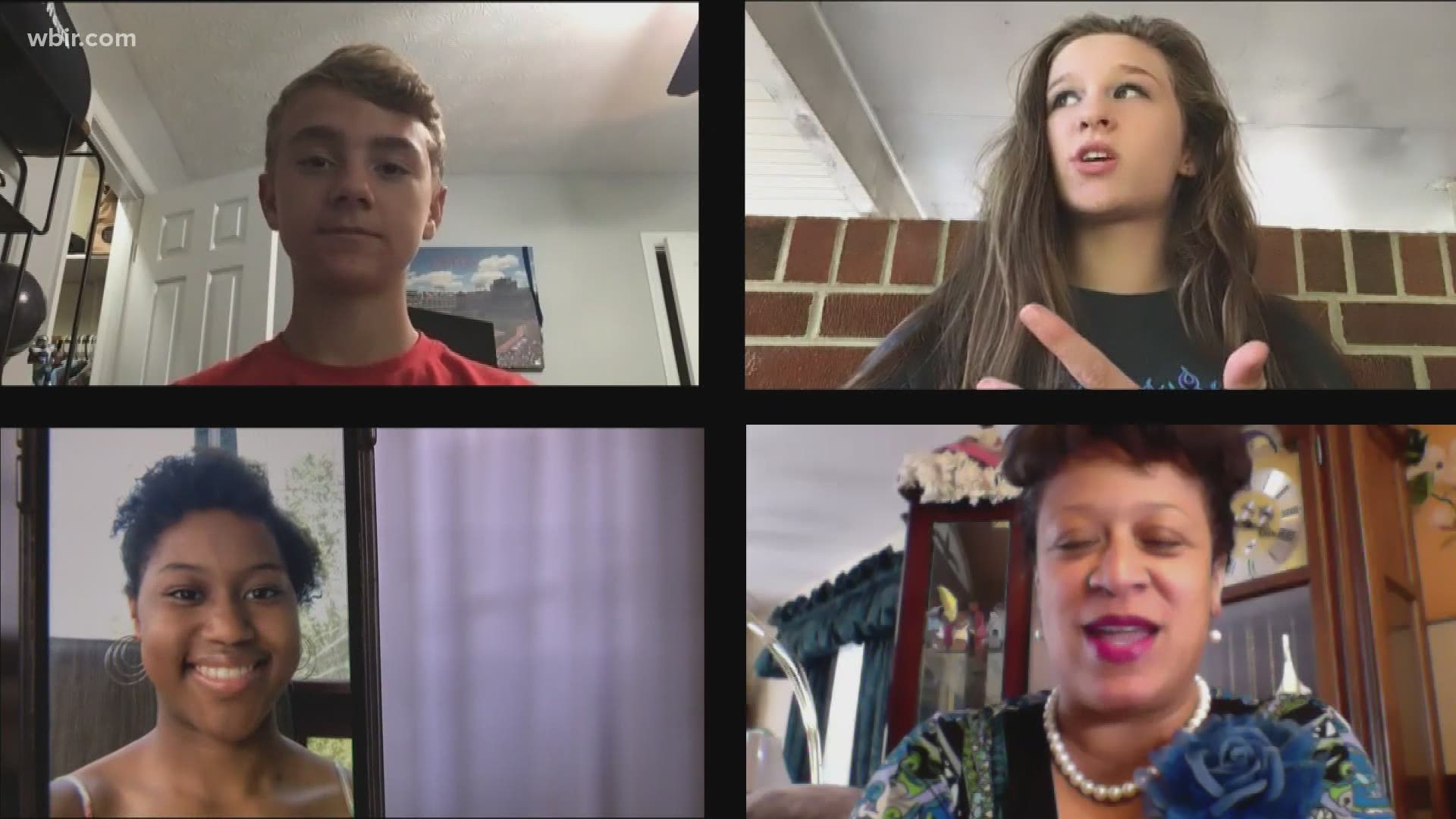 KNOX COUNTY, Tenn. — For sixth-grader Maddox Brown, the extended summer break has been relaxing. But after months without school, he's ready to go back.

"It's a good change of pace to go back to school," he said. "I'm anxious to see my friends and meet new friends, learn some new things."

"That's really fun," he said. "But it'll definitely be a new environment."

As students head back to school on Monday, there will be temperature checks and face covering requirements, per Knox County Schools. That mask requirement will take some getting used to, Brown said.

"We're going to have to wear a mask for longer than orientation, which was too long for me," he said. "I think it's going to be a little hectic, the first like half-day."

L&N STEM Academy senior Ayanna Albright hopes people adhere to the safety guidelines in place. She wants as much normalcy as possible for her final year.

"I think they've done a good job with all the guidelines and putting specific procedures in place to keep us safe," Albright said. "I just hope we can enjoy our last year of school and that everybody will stay safe and adhere to the guidelines."

For Albright, she's excited for the little things.

Anna Swart, an incoming freshman at Central High School, is ready to be around other people again.

"Quarantine has been really hard because I haven't been able to see other people and I need human interaction," she said. "I'm nervous, but mostly just really excited because I'm going to get to see some of my friends again and make some new friends."

Swart will be joining the Bobcat Company, a theater group at Central High.

"I was really shocked that I actually made it in since I'm a freshman," Swart said. "I'm just really excited for that... everybody who I've met who's involved in that company is really nice."

"They haven't seen their students since March and they really want to have this contact face-to-face," Coats said. "But they're saying that they're really scared that the cases in Knox County haven't really flat lined yet and they haven't gone down for a continuous 14 days."

Coats said that Knox County Schools has tried everything to make the classrooms as safe as possible, though there have been some concerns.

"The district decided to hand them disinfectant to clean their own rooms," Coats said. "That wasn't one of the things that teachers were really anticipating that they would have to do besides just teaching kids."

Coats said that educators are hoping for patience as they work to adjust to the new guidelines, like social distancing, face coverings and daily temperature checks.

"It doesn't matter if you're in pre-kindergarten or if you're in the 12th grade, it's going to be different," Coats said. "We love our kids and we want to teach them, but we just don't want to spread the virus anymore than what it has to be."