After 16 years in the classroom, Tracy Riggs is walking away. Riggs, who has a weak immune system, says the district isn't doing enough to protect against the virus. 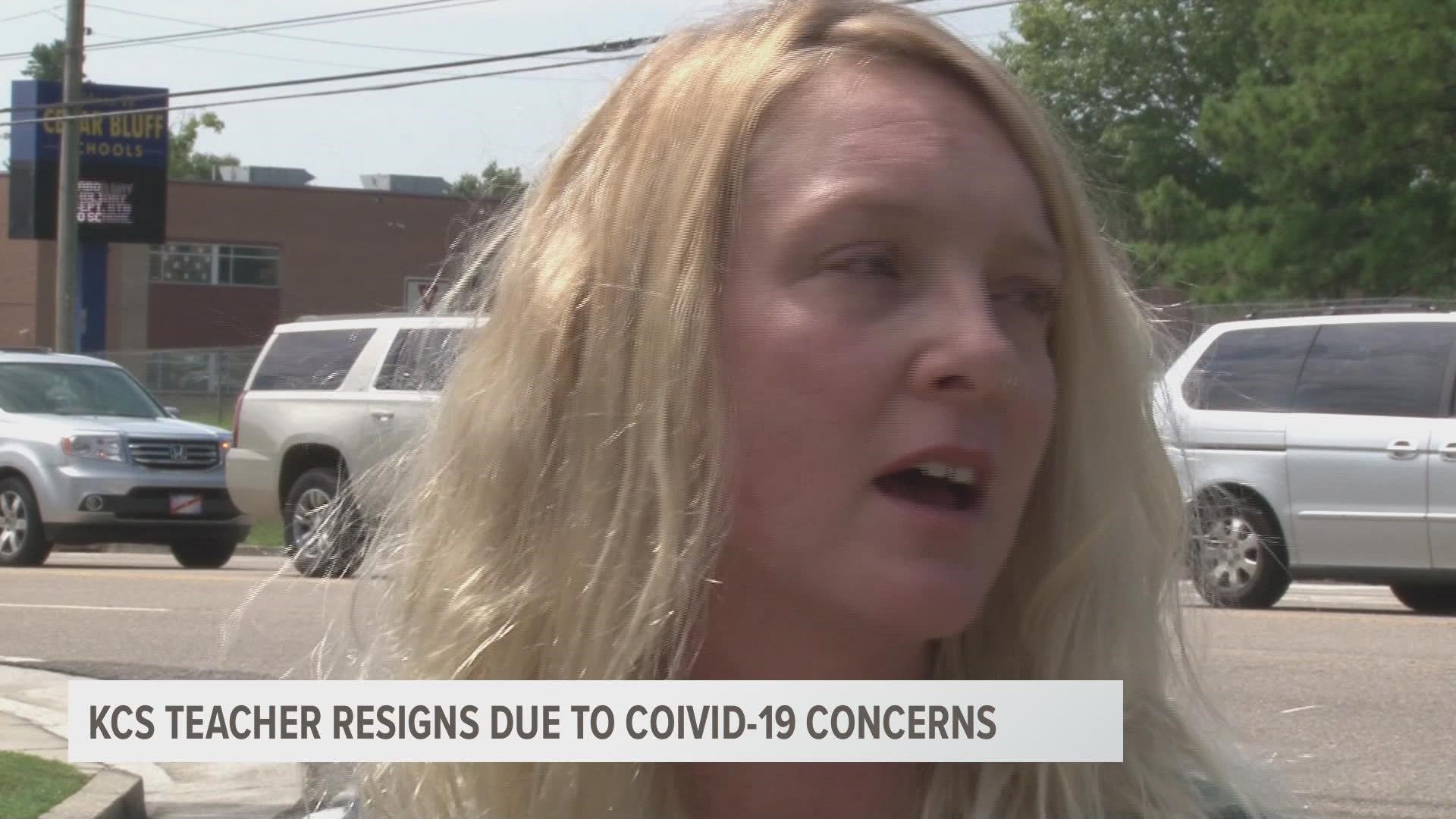 KNOXVILLE, Tenn. — After 16 years in the classroom, Tracy Riggs is walking away from her job as a teacher at Cedar Bluff Middle School. She doesn't want to move on, but said she has to resign for her own safety due to having a weakened immune system as COVID-19 spreads in classrooms.

Riggs blames Knox County school leaders, saying they failed to do more to stop the spread of the virus.

"I don't know what else I'm gonna do with my life. And that's what I'm scared about because I love teaching. But I don't think I can come back to Knox County Schools," Riggs said.

The district, which has more than 60,000 students and 8,000 staff, has seen a record number of cases that began surging shortly after the start of the semester. For Riggs, she's leaving something she's poured her life into, something she loves to do.

"I love what I do. I've taught visual art. And I can see kids light up when they come in the room," she said.

With Knox County Schools not following many COVID-19 guidelines -- such as masking -- to prevent infections in the classroom, she said the decision boils down to life or death.

"I shouldn't have to be scared to come to work. In this day and age... I shouldn't be afraid because no one's supporting me right now," Riggs said.

Her concerns are not only for herself or her fellow educators -- but her students, as well.

She calls the resignation one of the hardest things she's ever had to do, but after an exposure just days ago in the classroom -- the line was drawn.

"He had been tested for COVID, the day before came to school before his results came out. And found out he was positive right after my class," she said. "I'm resigning because nothing is happening to protect people like me, students or staff who have an immunocompromised system."

Now she said she'll fight for the ones stuck in schools she said aren't safe as new pandemic highs are recorded day-after-day across East Tennessee.

"We need to go back to what we did last year. It's not complicated," Riggs said.

We reached out to Knox County Schools for updated numbers on teacher resignations and retirements and have yet to hear back.