Families with virtual learners navigated a "roller coaster week" of technical issues, learning as they go along. 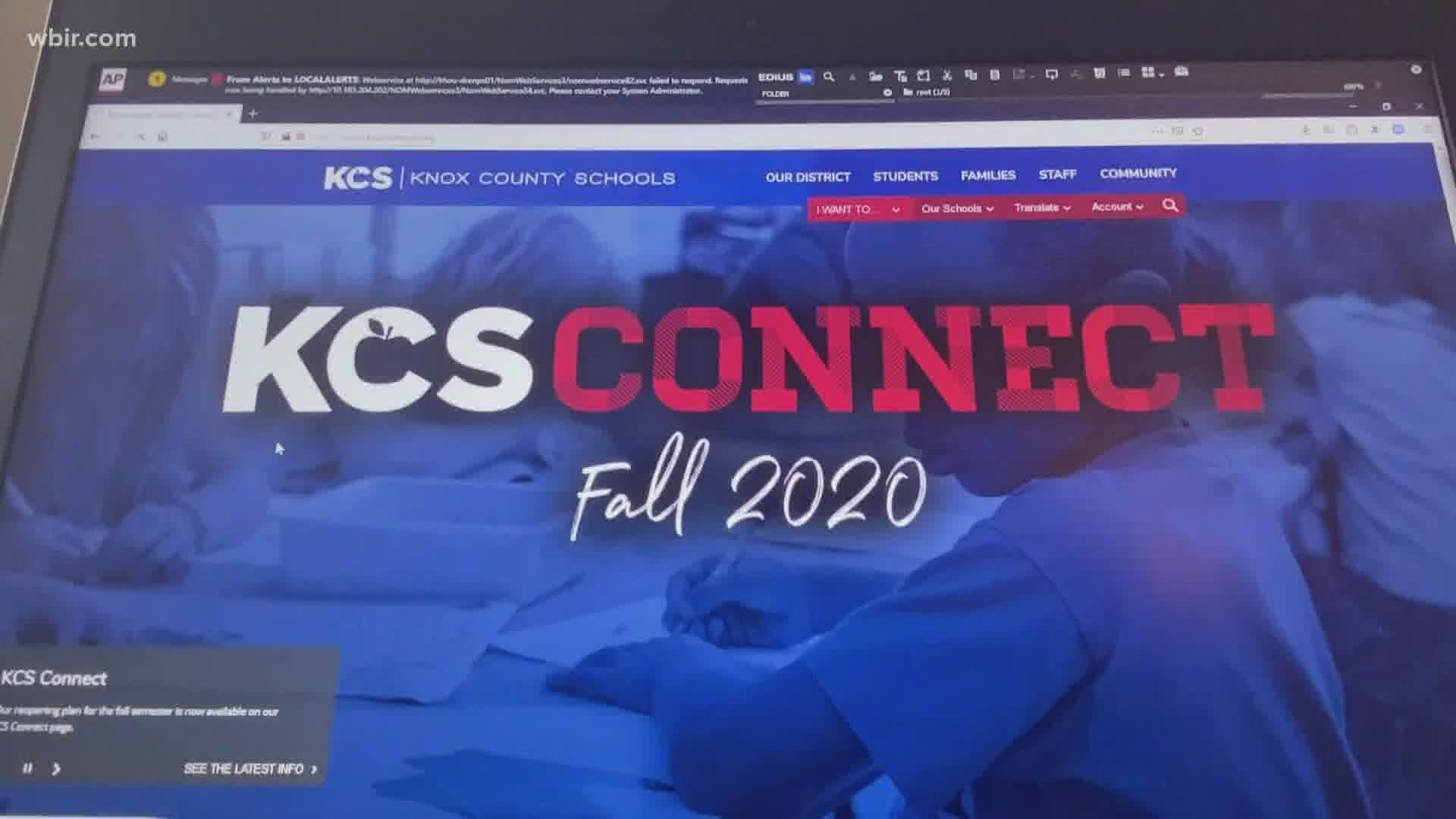 KNOXVILLE, Tenn. — It's the end of the first week of school in Knox County. Virtual learning parents said the week was like a roller coaster, full of technical difficulties and small victories.

About one in three families in the district are learning virtually this semester. The rest are going to the classroom in-person.

Knox County families, whether they are learning in-person or virtually, have had to adjust to the new and uncertain school year in a big way this week.

For virtual families, many have reported technical difficulties, but also said this was the week to figure all of that out.

Every day was all about learning how to interact with the virtual program, such as how to post comments and submit assignments.

The real curriculum starts next week for most students.

Reporters with WBIR first checked in with the Phillips family before the first day of school. After the first week was up, mom Alana Phillips said it was a week "full of allowing grace" for her household.

RELATED: 'We're as ready as we can be' | Parents prepare for nontraditional first day of school

They are a family with two virtual learners. Luke is 9 years old and Tillery is 7 years old. Alana said since she has multiple kids at home, she's balancing how she's able to help.

She mentioned that at one point in the week, Tillery had to turn in a video of her counting as high as she could. She decided to count to 100. Alana overheard her skip from 39 to 100. Instead of correcting her, she allowed her to submit the video as is, realizing that would be the reality in the classroom.

"So it's learning how to mom and do all of this, so I'm seeing myself as really tech support and almost like a teacher's aide and not the person to jump and give the right answer or correct them or things like that," Alana Phillips said.

She and other parents in her children's classes have a Facebook group where they are able to talk and ask questions.

Since there are two of them, she can't constantly be in two places at one time, so she has to adjust and adapt.

"I can sit with one of them or I can split time, but I can't be there for all of it, so you know it's having to have messages relayed from the kids and what the next steps are for their day," Alana Phillips said.

She mentioned a lighthearted time in the week when Luke came out of his room at 10:15 a.m. and declared he was done with math and it was time for lunch. Alana questioned him and he said "I don't make the schedule! It's what the teacher said!"

But, her kids are rolling with the punches and making the most of it. She said overall she would give the first-week experience a grade of 'C.'

Both kids are loving the virtual experience even though they miss their friends. Tillery has the opportunity next week to eat lunch with her friends in a virtual chat room, so they can catch up like they are at the lunch table.

Alana said she's also had to add a few steps to Luke and Tillery's morning routine. The kids now have to clean their rooms to make them more presentable during class.

RELATED: Thousands of Knox County students back in school for first time since March

Alana explained how both of her children have special requirements that need to be met through the school year. Luke has an IEP for speech therapy and Tillery has a 504. She mentioned they will have to have virtual meetings with teachers and therapists to make sure those needs are met.

She is optimistic virtual learning was the best choice for her kids this semester because of the adjustments and flexibility they now have.

Overall they're looking forward to the new week and are prepared to achieve and overcome.