Nancy Gonzalez is the first in her family to graduate from college. On Saturday, Project GRAD held a drive-thru celebration for her and other program alumni. 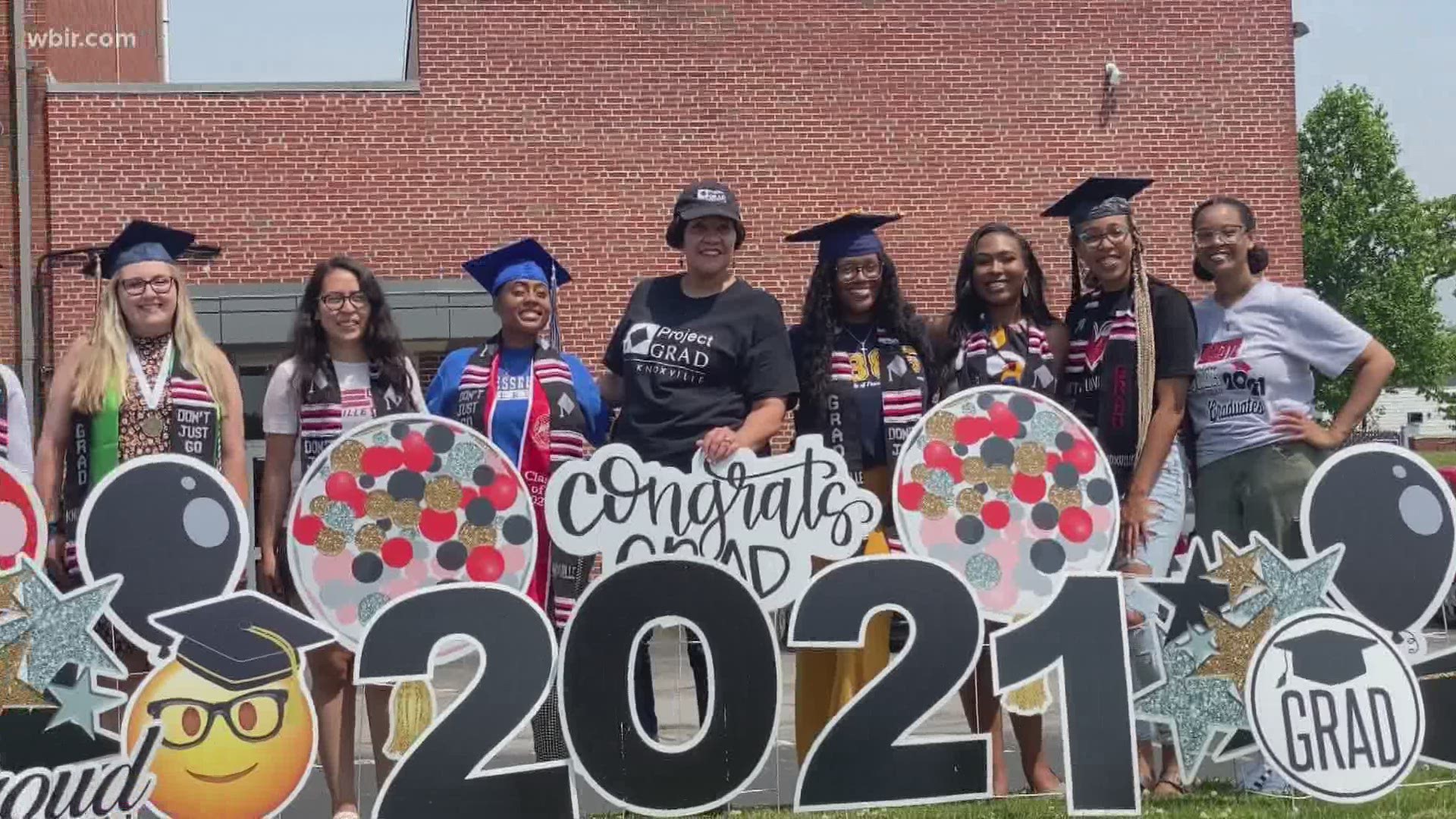 KNOXVILLE, Tenn. — Nancy Gonzalez didn't know if college was for her until she discovered Project GRAD. It's a program that connects students with the resources and support needed to attend college.

"I didn't really know I wanted to go to college until I did the summer programs," Gonzalez said. "It just helped me to open a door."

After graduating from Fulton High School, Gonzalez attended Maryville College where she received a degree in Spanish.

It's a big accomplishment for her and her family.

"I am a first generation college student and from immigrant parents so it means a lot," Gonzalez said. "[My parents] are extremely happy. They came here with nothing and they have given me everything."

On Saturday, Gonzalez celebrated her accomplishments with other Project GRAD scholars in a drive-thru parade.

RELATED: Send us your grad pics! We want to share in the celebration

The organization said they had scholars graduate from a number of schools this year, including Pellissippi State, East Tennessee State University, Lincoln Memorial University, Maryville College, Tennessee School of Beauty and the University of Tennessee.

"[Project GRAD] helped me tremendously. They checked up on me a lot," she said. "I'm just really excited to get my degree. It's kind of surreal."

RELATED: 'I just think about all the families I can help' | UTK social work alumna inspiring, helping others

Gonzalez said anyone can follow her success if they put in the work.

"It's just a matter of you wanting it really, really bad," she said. "If you're willing to do the work and put the effort into it, you will find the way to get yourself there."

Her boyfriend, Kairo Emanuel Martin, watched her do just that.

"When I met her four years ago, she was just a simple student that maybe didn't want to go farther than she was at that time," he said. "Now she's achieving something big for her family and for her as well... She's proof that everything is possible."