Newly graduated law students are petitioning the Tennessee Supreme Court to allow for "emergency diploma privilege," so they can get to work helping others. 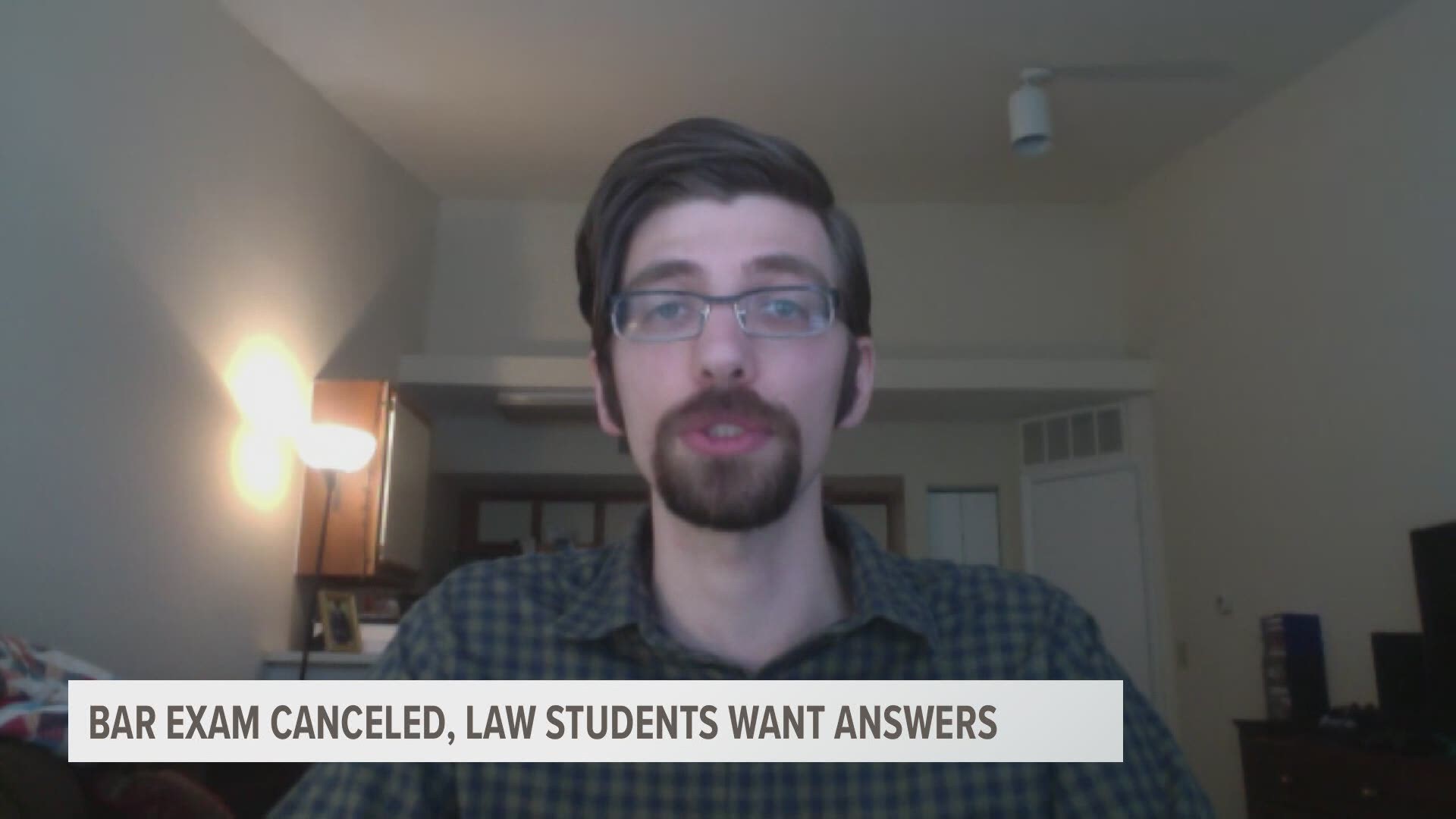 The test was originally scheduled for July 28, but around 3 weeks before the exam, the state rescheduled it for September and October.

Now, hundreds of law students across the state are pushing for change — including graduates from LMU Duncan School of Law and the University of Tennessee College of Law in Knoxville.

They're hoping the supreme court will allow new graduates a special waiver to practice law, so they can start helping the public sooner and aren't left without a job and dwindling resources.

We spoke to 6 law school graduates, who were studying nonstop for the Bar Exam since receiving their diplomas: Jake Thompson, Taylor Drinnen, Jennifer Bolt, Charlie Collins and Donald Christmas from LMU, and Brooke Spivey from UT.

"I studied for 6 to 8 hours a day, every day," Jake Thompson said, who was studying for the exam since receiving his diploma. "You take Sunday off sometimes, so that's been the last 2 months of my life."

The new graduates had been studying nonstop to prepare for the exam when they found out the Bar Exam was canceled for July. After finding out, confusion and frustration set in. They couldn't become attorneys without taking it.

"I really didn't know what to do because we had been focusing and in hardcore prep mode for the test coming up," Taylor Drinnen said, who was also studying for the exam.

Drinnen said he doesn't know whether to keep studying for the rescheduled Bar Exams, take a break or try another route. He said the state hasn't provided answers.

"I went to law school for a better life, but that better life can't start until I take and pass the Bar Exam," Jennifer Bolt said, who was also studying for the exam.

Now, students, graduates and Tennessee law school deans are advocating for an alternative to an in-person test. They said they think it's too risky during the pandemic.

Brooke Spivey, a 2020 UT School of Law graduate, filed a petition for "emergency diploma privilege" with the Tennessee Supreme Court two days before the Bar Exam was canceled.

Tennessee law school deans have since petitioned the Supreme Court to advocate for the diploma privilege, advocating for their graduates.

"It gave me the chance to advocate for myself and for my fellow classmates, so that's why I kinda stepped up to the plate," Spivey said.

The "emergency diploma privilege" would allow anyone who graduated from an ABA-accredited law school in Tennessee could become an attorney without taking the test.

"It's not just people trying to avoid an exam," Spivey explained. "If we could all take it tomorrow and start working, I think most of us would. The problem is, we can't, and the further we push it down the road, there will just be 700 people without a job sitting around.”

Spivey said over 200 new graduates from across the state reached out to her and revealed the hardships the pandemic has caused.

“I would say there are at least five students who are currently living in their car, who are homeless, and other people have immunocompromised people in their household, or they themselves have had COVID," Spivey said. "I’ve had people lose their job offers, I mean it’s just been absolutely terrible."

Until these students get answers, they will be left in limbo — financially and emotionally drained.

"Screaming from the top of the mountain, for them to just understand that there are other viable options to the Bar Exam," Donald Christmas said, who was studying for the Bar exam before it was canceled.

The Supreme Court has not made a decision about whether or not it will allow the "emergency diploma privilege."

Each of the six graduates we spoke with stressed the importance of allowing new graduates to begin work in the law field. They said new graduates may be unable to work until certified, and that more people could be left without access to legal help if the graduates aren't allowed to step in.

Newly certified attorneys are usually the ones who typically take the state cases, offering their services to people who cannot typically afford an attorney. More lawyers cycling through the system could mean more people will be able to have access to counsel.