The book shows family discussions after a fictitious police shooting of an unarmed Black man. 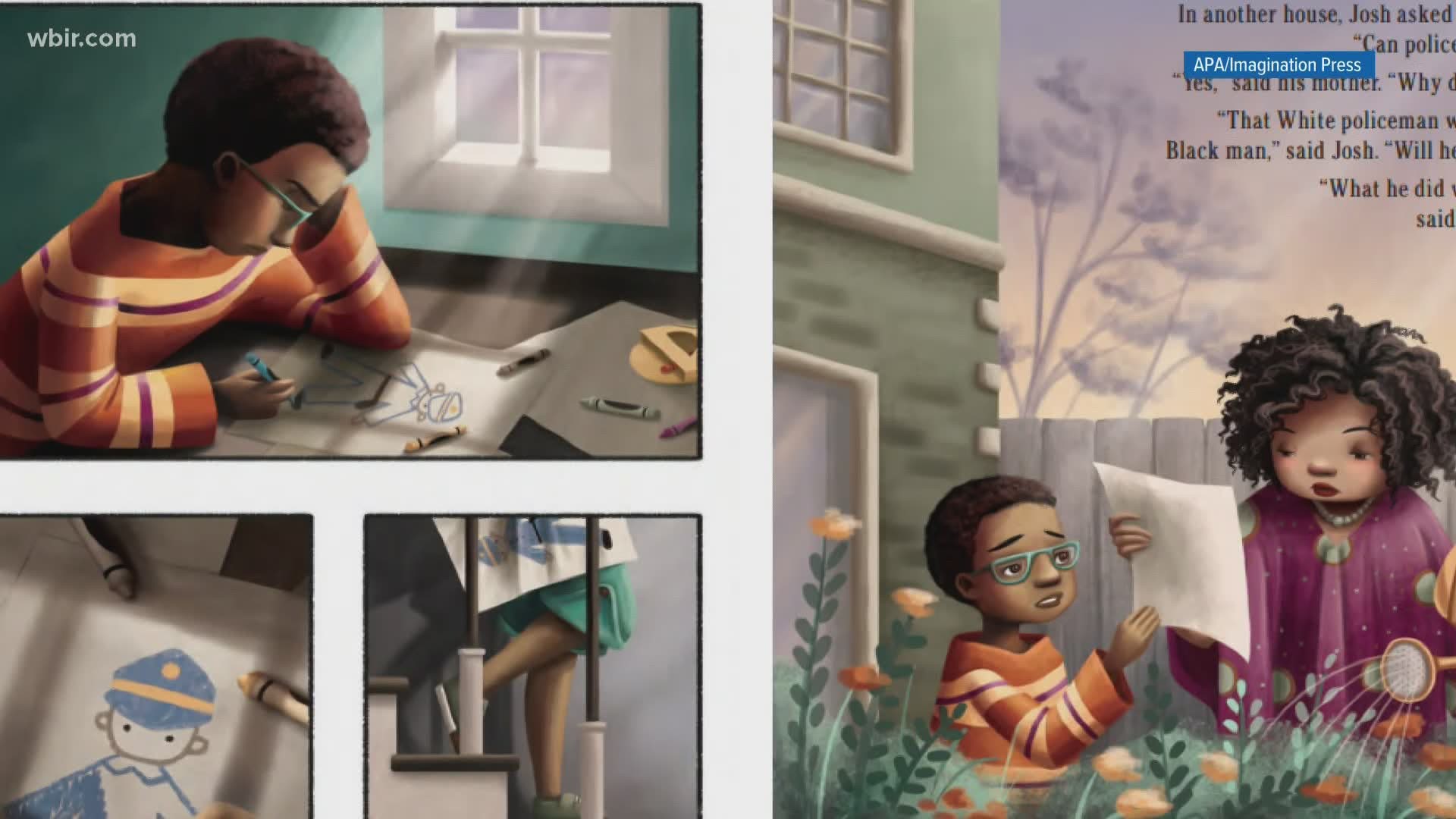 KNOXVILLE, Tenn. — The Knox County Schools superintendent said Friday the district would investigate an elementary school teacher who shared an audiobook about racial injustice with her fourth grade class.

A parent at Sterchi Elementary complained about the book, which details family discussions about racial injustice in policing after a fictitious shooting of an unarmed Black man.

It features the lines, "The cops shot him because he was Black," and, "There are many cops, Black and white, who make good choices."

The head of the Knox County Education Association said the teacher did not think the New York Times-recommended book would cause controversy.

The parent, who declined to give an interview, took particular issue with the line "Cops stick up for each other [...] and they don't like Black men."

The book was not intended to be anti-police, co-author and Emory University psychology professor Marianne Celano said.

"We wanted to write a book that would help parents and kids talk to one another about these issues and promote values of anti-racism," she said.

"The purpose of the book is not to vilify or demonize the police nor to undermine children’s confidence in them. Instead it is to point out that this disproportionate shooting of African-Americans is a mistake that is part of a pattern of being nice to white people and mean to black people—which is the simplest language we can come up with to talk about racism."

The book, "Something Happened in Our Town," has caused controversy before: the American Library Association named it one of the "most challenged" books of 2020.

It includes resources for parents and caregivers to discuss race with children ages four to eight and promotes the values of standing up to bullying and racist comments, Celano said.

In a statement, the school district said the book was not part of the approved curriculum, though education association president Tanya Coats said teachers often use supplemental learning materials.

In this case, Coats said the 10-year veteran teacher submitted a lesson plan including the audiobook to her superiors and used an online resource "vetted by the district."

"In hindsight, she was just trying to answer the questions that students had been bringing to the class," Coats said.

However, she said the material "may be a little heavy for our district," and that the teacher could have asked a school counselor to assist her with the class.

The district said its human resources department would conduct the investigation.