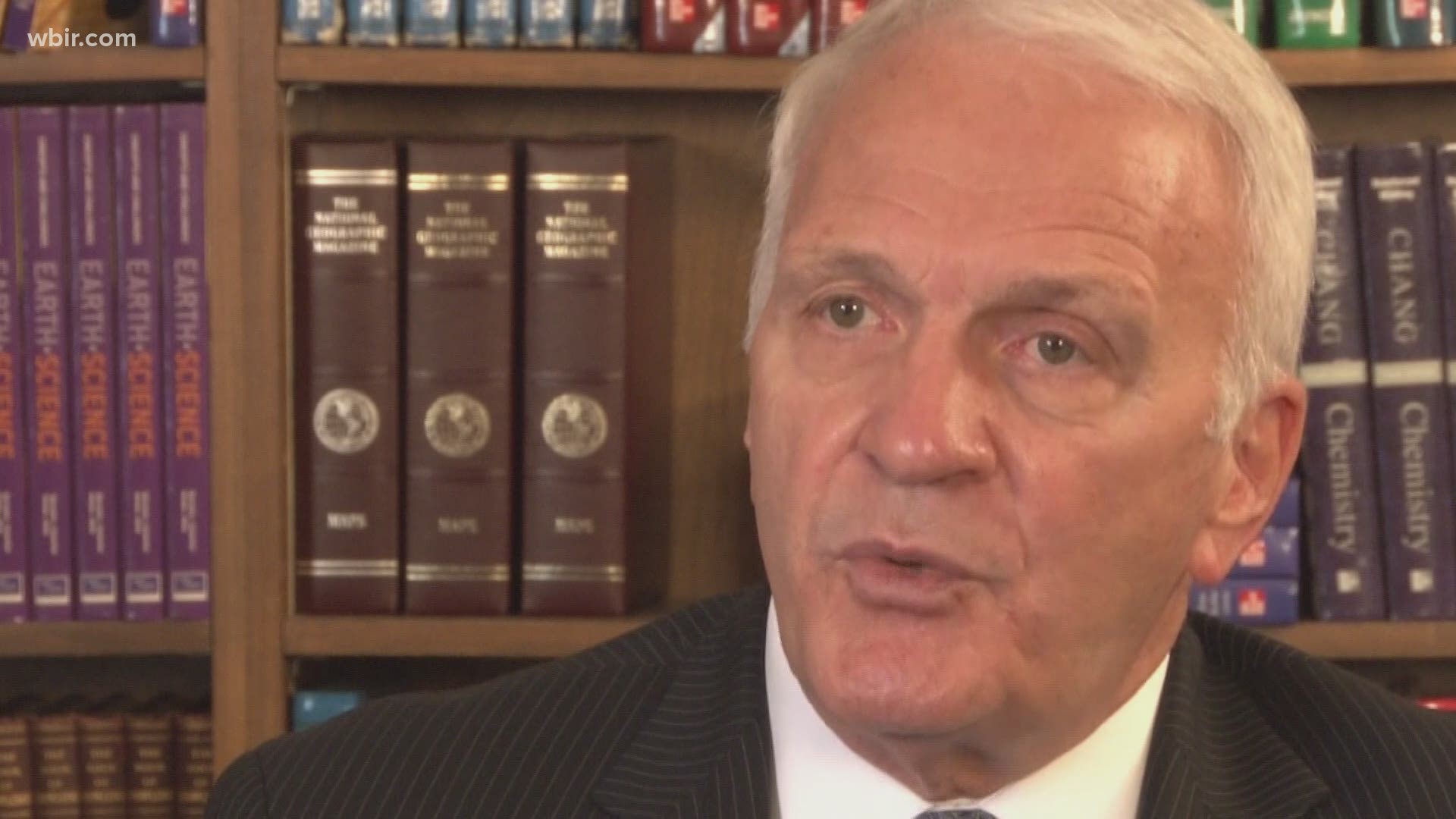 KNOXVILLE, Tenn — Parents can expect to be given more information about spring virtual learning around Fall Break of this year, KCS Superintendent Bob Thomas said.

"I'm hopeful what we're going to do around Fall Break is put out a notification to parents and say, 'hey, if you wish to enroll your child in a virtual learning program we'll give you a couple of weeks to make that decision,'" Thomas said.

In an interview with 10News on Monday, Thomas acknowledged parents were likely not given enough time before this fall semester began to comfortably make decisions about virtual learning.

"We didn't provide enough time for parents to look at the option for the virtual program, it would have been nice to maybe have modules set up to see what that looks like," he said.

Reporters also asked about the quarantine process after parents raised concerns over being quarantined more than once and what the learning loss could look like after being out of the classroom so many times.

"It's very likely ... we're trying to do what we can to prevent the spread ... but also help them go to remote learning," Thomas said.

That led to a question from a parent about the difficulty for people who work several hours per day, who say they cannot take off for 14 days not only once but multiple times.

"We realize that's a real struggle for other parents, I don't have a good solution other than to remind parents to have a plan," he said.

Parents also shared that they have had cases where they would find out about a positive case from another student before getting a notification from the school. Thomas said that sort of thing can happen.

"We are doing the best we can but there can be situations where a student can know sooner from their friends," he said.

Fall Break is October 12-16, which is around the time KCS said the information plans to be released.