The school system was able to gather a little over 3,000 completed surveys. 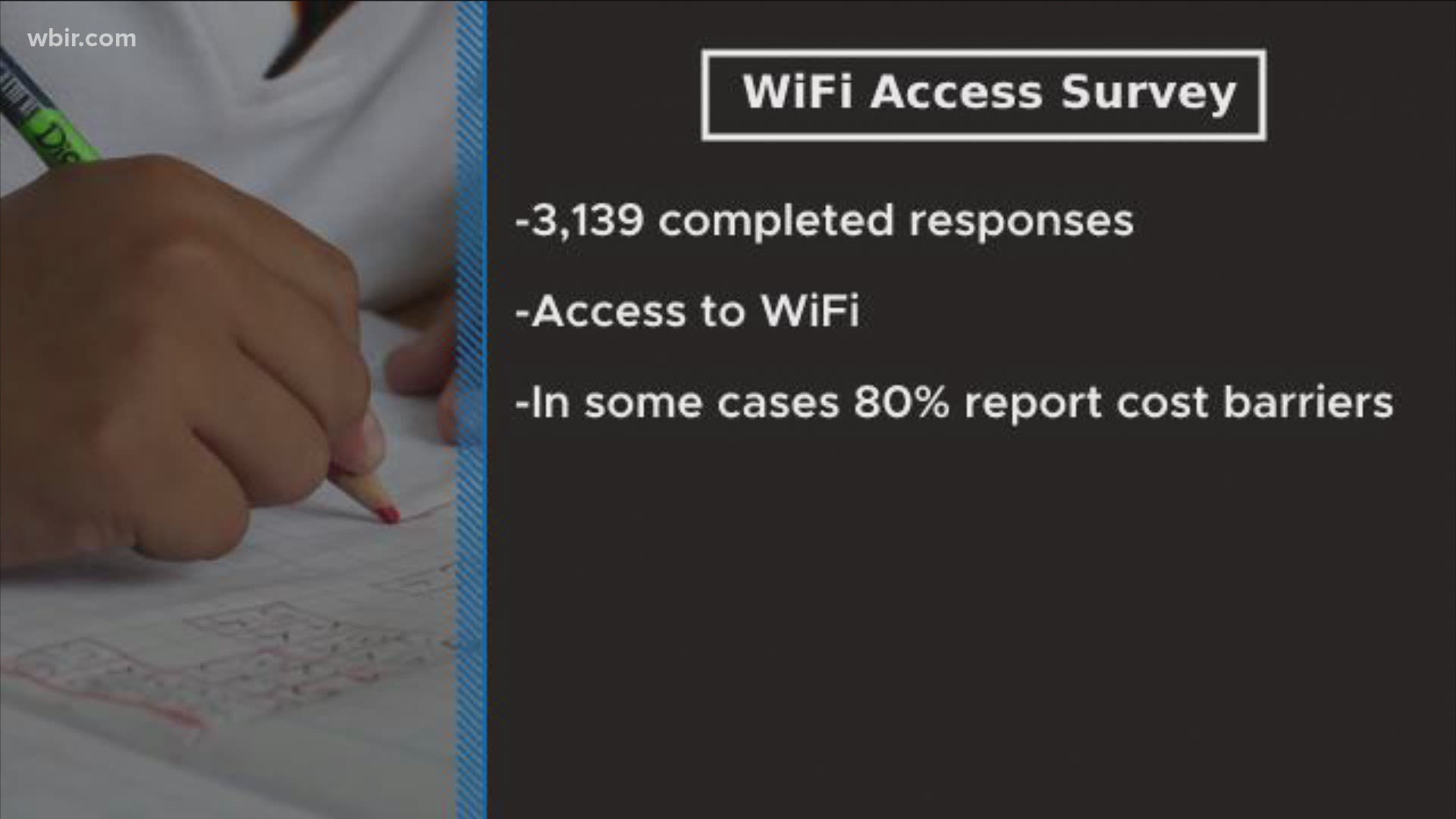 "I think it is imperative that we do bring people to the table and talk about the barriers we have," Knox County Education Association President Tanya Coates said.

The system was able to get 3,139 completed surveys while also attempting another 4,066, which were unanswered. There are at least 60,000 students in the system altogether.

The vast majority of a little over 3,000 responses show families have access with at least 82% across all nine districts reporting internet in the home. However, in district one as many as 17 percent say they don't.

KCEA President Tanya Coates said that can also include teachers across the county.

"We have educators that are parents, ones that are one paycheck away from not being able to take care of their families," she said.

When asked why 40% of families being the lowest and 83% being the highlight said costs are the biggest barrier. Others reported they don't need it, it wasn't available or other.

"We've got to have resources for everyone," Coates said.

The survey also asks if families know where to get free access. Over half said they do but in district five as many as 68% of families said they don't.

"It's one of the most important things we need to be considering," UT associate stem education professor, Elizabeth MacTavish said.

She said access is at the forefront of her mind as an educator and a parent.

"Internet accessibility is something we should all be looking at," she said.

But accessibility doesn't end with K-12.

MacTavish said college students from all over experience barriers too.

"One of my students said I don't have any problem getting that to you, would you mind waiting till this evening I would only have to make one trip to McDonald's," she said.

It is an issue she said educators and communities around the world are working to help.

"If it's this large and plays this big of a roll in student success then it deserves our focus and our attention," she said.

The survey also asked questions about internet speed and whether or not students have a device in the home.

RELATED: 'It gave me a voice' | Vine teacher advocates for more diversity in education