School bus contractors held an emergency meeting on Saturday about a federal judge's orders for Knox County Schools to institute a mask mandate. 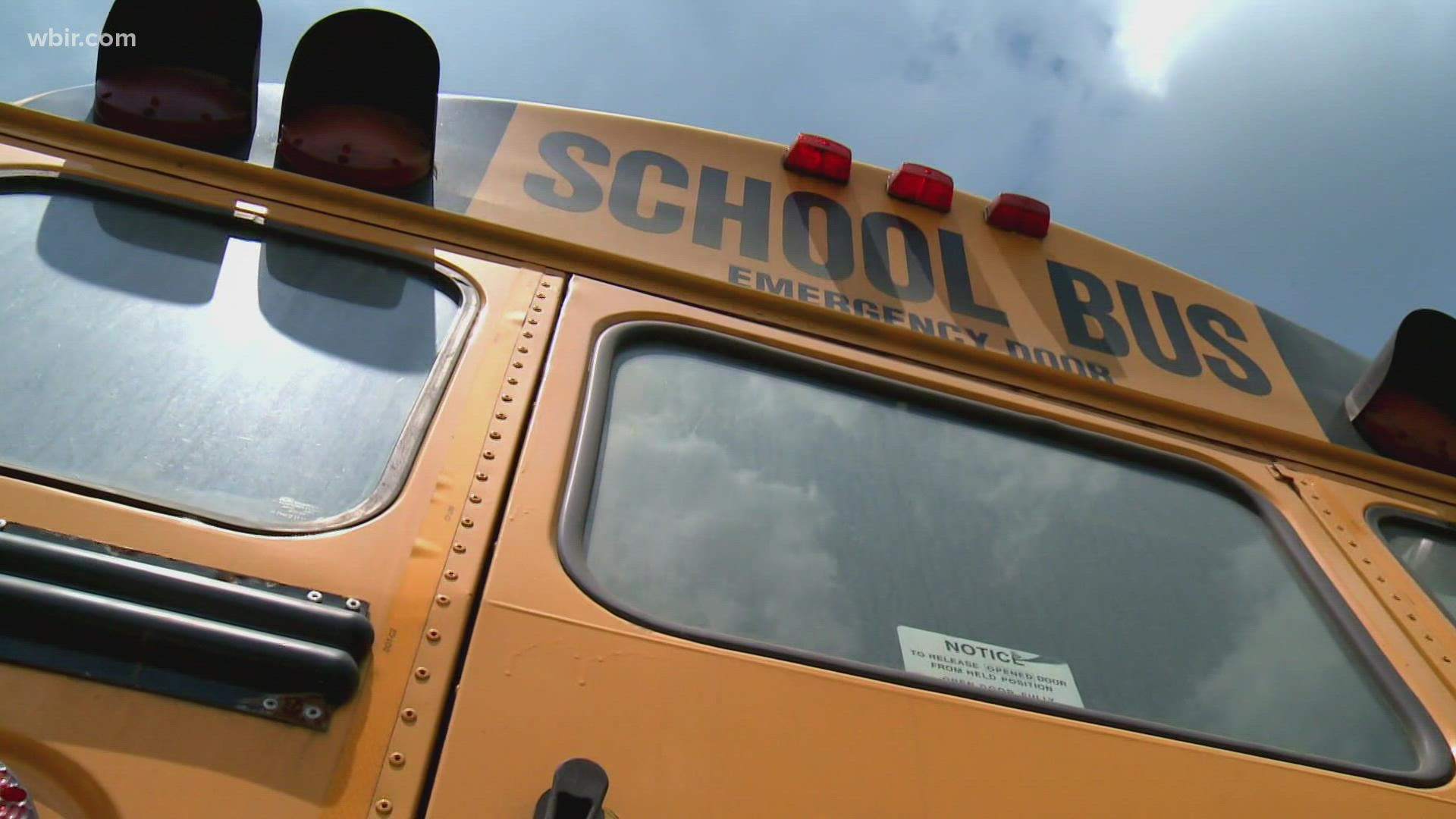 KNOXVILLE, Tenn. — School bus drivers held an emergency meeting on Saturday, where they discussed how to handle a federal judge's order requiring students to wear masks on school buses and inside of buildings.

During the meeting, school bus drivers initially voted to stop services effective Monday morning. However, officials said that attendees of the meeting felt children would not be informed about the sudden stop to services. As a result, they may be left stranded trying to go about their regular schedules.

"We don't want that. We want our kids to be safe. So that was when we came to the decision that we would run," said Tammy Williams, a bus driver. "But,we want people to know that we do have concerns."

Williams has been a bus driver for Knox County for 32 years. She attended the meeting Saturday afternoon. She is one of more than 60 private contractors that operate over 350 buses for Knox County Schools, serving thousands of students across the area.

The attendees of the emergency meeting voted to temporarily reinstate services until they receive more information about the mask mandate and how it would be enforced.

The meeting was held at Piney Grove Baptist Church.

The main frustration bus drivers face is that they are contracted workers with Knox County.

"The problem is school buses are contracted. So technically a driver is not a true employee of Knox County Schools," Williams said.

Some drivers aren't sitting well with the injunction.

"It's just hard for me to tell bus drivers, 'You've got to wear it, even though you're not an employee of Knox County Schools,'" Williams said.

Some drivers say the masks can be a distraction from driving the bus. They say it requires multitasking to drive safely and continually check to see if a student is wearing their mask.

"I mean, you can ask over and over again. And that's all we can do. We can't make them…as people want to think. And it just causes more stress," Williams said.

A Knox County Schools spokesperson released a statement about the emergency meeting. It is available in full below:

We work with bus contractors on a daily basis to provide bus service to our students. We are not asking them to do anything different than they did last year. If a student does not have a mask, we are requesting that they offer them one. Any other action would be the responsibility of Knox County Schools. We are very appreciative of our drivers and contractors and the service they provide to our students and families.

A federal judge in Greeneville ruled Friday that the Knox County Board of Education must impose a mask mandate for school children. Superintendent Bob Thomas also confirmed it on Friday, saying that starting Sept. 27 all students, employees and visitors will be required to wear a face mask while indoors or riding a school bus.

The judge said that Knox County Schools would be required to enforce the mask mandate that was in place during the 2020-2021 school year, in order to protect at-risk students from COVID-19.

"As we enter into the week on Monday, please remember to empathize with the teachers, administrators, and other school staff that are trying to fulfill their duties and enforce the order by a federal judge," said one principal. "While many have differing opinions on the matter, we will not let disagreements about COVID mitigation get in the way of pursuing our goal as a school of creating the world’s greatest thinkers and problem solvers."

The other major concern is the national bus driver shortage, which is an on-going shortage in Knox County.

"We're already down 50 drivers. And I can count between the phone calls from last night to today. We would probably be down another 50. drivers. If they have to wear a mask," Williams said.