The BOE began laying the foundation on how best to go about searching for the next KCS superintendent ahead of its next regular session in October. 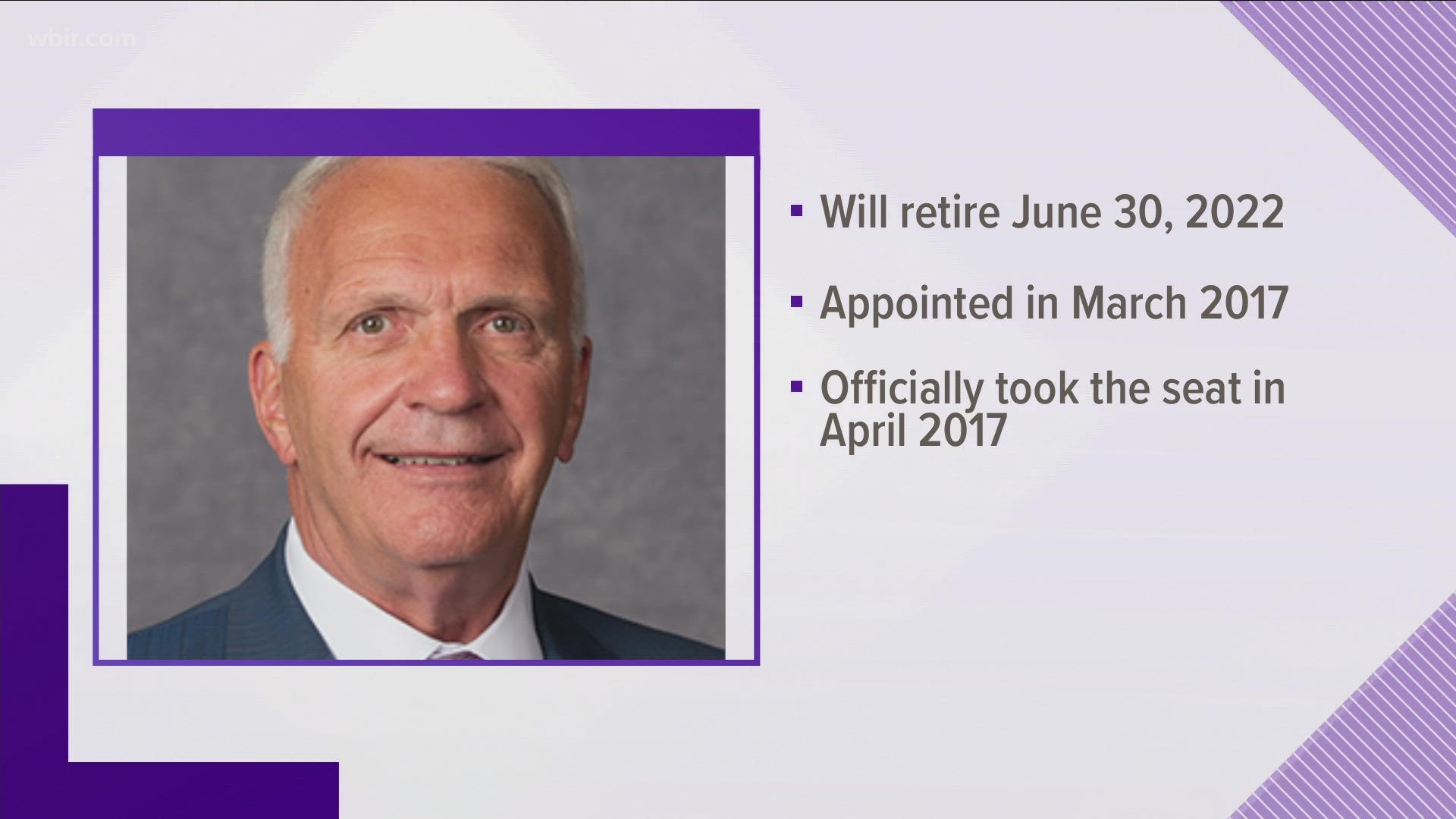 KNOXVILLE, Tenn. — Update (Sept. 29): The Knox County Board of Education met for a routine work session on September 29 for the first time since school director Bob Thomas announced he will retire in June 2022.

Thomas announced earlier in September he would be leaving the position after serving in the role since April 2017. The BOE held a two-day workshop last week to discuss the matter, and Wednesday's discussion focused on laying the foundation ahead of the search for Thomas' successor.

“This will be the most important decision I will be apart of in my time as part of the board," District Three board member Dan Watson said.

The board discussed two major points it intends to vote on to kick the process off: Bringing in an outside firm to assist in the search, and establishing a three-person committee with specific functions to ensure the search is conducted smoothly and it progress is communicated well.

The general consensus from the board was that bringing in an outside firm would be greatly beneficial, but it agreed any final decisions for the job should remain with the board.

"At the end of the day, it needs to be our decision," District Four board member Virginia Babb said.

Members discussed going with one of two options: hiring the Tennessee School Board Association (TSBA), a state non-profit that assists districts across the state with superintendent searches and other services, or contracting another outside consulting firm via a Request for Proposal (RFP).

District One board member Evetty Satterfield described going with the TSBA as somewhat of a "cookie-cutter" approach, saying it might be better for the board to go with the RFP option to hear outside opinions and tailor the search with specific goals in mind for the future of Knox County Schools.

The board voiced agreement that it wanted to ensure the Knox County community was involved in the process once it begins naming candidates, saying it liked the idea of holding roundtable sessions and bringing in other business and community partners into the mix to encourage larger community involvement.

Public speakers called on the board to ensure the vetting and hiring process remains transparent and fair.

The BOE is set to meet again on October 6 for its regular session, where it will continue the discussion and possibly vote on how to move forward with the search.

The Knox County Board of Education was scheduled to meet for a routine work session on September 29, where they will discuss agenda items before meeting again and voting on them a week later. They are also expected to discuss a federal judge's orders for the Knox County school board to impose a mask mandate.

The order specifically says that Knox County Schools would need to put the mask mandate that was established during the 2020-2021 school year into effect, to protect students with disabilities. It also enjoined leaders from a September 1 vote against implementing a mask mandate.

As part of his order, the judge said any student with autism or a tracheotomy would be exempt from a Knox County school mask mandate. Education leaders were given 48 hours to respond to the order.

Several changes to many existing Knox County Schools policies were proposed and will need to be approved on their first reading. If they are approved on the second reading during the board's next meeting, the changes will go into effect.

First, they will discuss whether to make minor details to their public forum policy. The changes would reduce the time each person has to speak to 3 minutes and will request speakers to address the board as a whole, instead of individual members.

Another proposed change would instruct the Board of education to share fiscal plans and seek input from the community at least three months before the budget is approved. To do this, the board would host community budget meetings, individual meetings with stakeholders, and notify people through social media platforms.

A change in the "homebound instruction" policy would require students to need to miss more than ten consecutive days during the school ear to be eligible for at-home learning. The new policy would also require a review team to develop a transition plan for the student to reenter school.

A small change was also proposed to allow athletics to be regulated through the Tennessee Middle School Athletic Association, instead of the administration.

Leaders are also proposing to rescind the adult apprenticeship program. Another change would move Knox County Schools accreditation standards to those of the Tennessee Department of Education, instead of the Southern Association of Colleges and Schools.

They are proposing doing away with foreign travel in a new policy saying Knox County Schools would not approve it. The change specifies that anyone who wants to take part in a foreign study program would need to do so through an outside agency.

If passed, a policy change would require students to pass a civics exam as well as other regular requirements to graduate.

The board also proposed major changes to the district's nutritional and wellness policies. If passed, the board would implement state and federal regulations related to the development, services and assessments of wellness programs.

They would also require schools to implement the CDC's Coordinated School Health approach to managing wellness programs, with a coordinator in charge of overseeing compliance with state standards.

It will serve as a resource to help implement wellness policies by developing and revising physical activity and nutrition policies. It will also make sure that all schools in the district create and implement an action plan related to the School Health Index, and that the results of those plans are reported.

The proposal would also change KCS' policy to say they would meet the nutrition needs of children within their calorie requirements while also providing options within menus. It also specifies that students will be allowed access to fresh drinking water throughout the day as well as adequate time to eat meals.

The proposal also would require elementary students to get at least 130 minutes of physical activity every school week, and specifies that educators would not be able to withhold physical activity as punishment.

Students in middle and high schools will need to get at least 90 minutes of physical activity each school week, and walking to and from class will not be considered physical activity. Physical education would also be distinct from this requirement.

Education leaders will also discuss the process for finding a new superintendent, after Bob Thomas announced that he would retire in June 2022.

The Knox County Board of education will meet at 5 p.m. on September 29 in the City-County Building.