Knox County Board of Education to discuss school security, future mask use

Board members want to talk about district agreements with law enforcement and local government to use officers in schools. Future mask use also is on the table 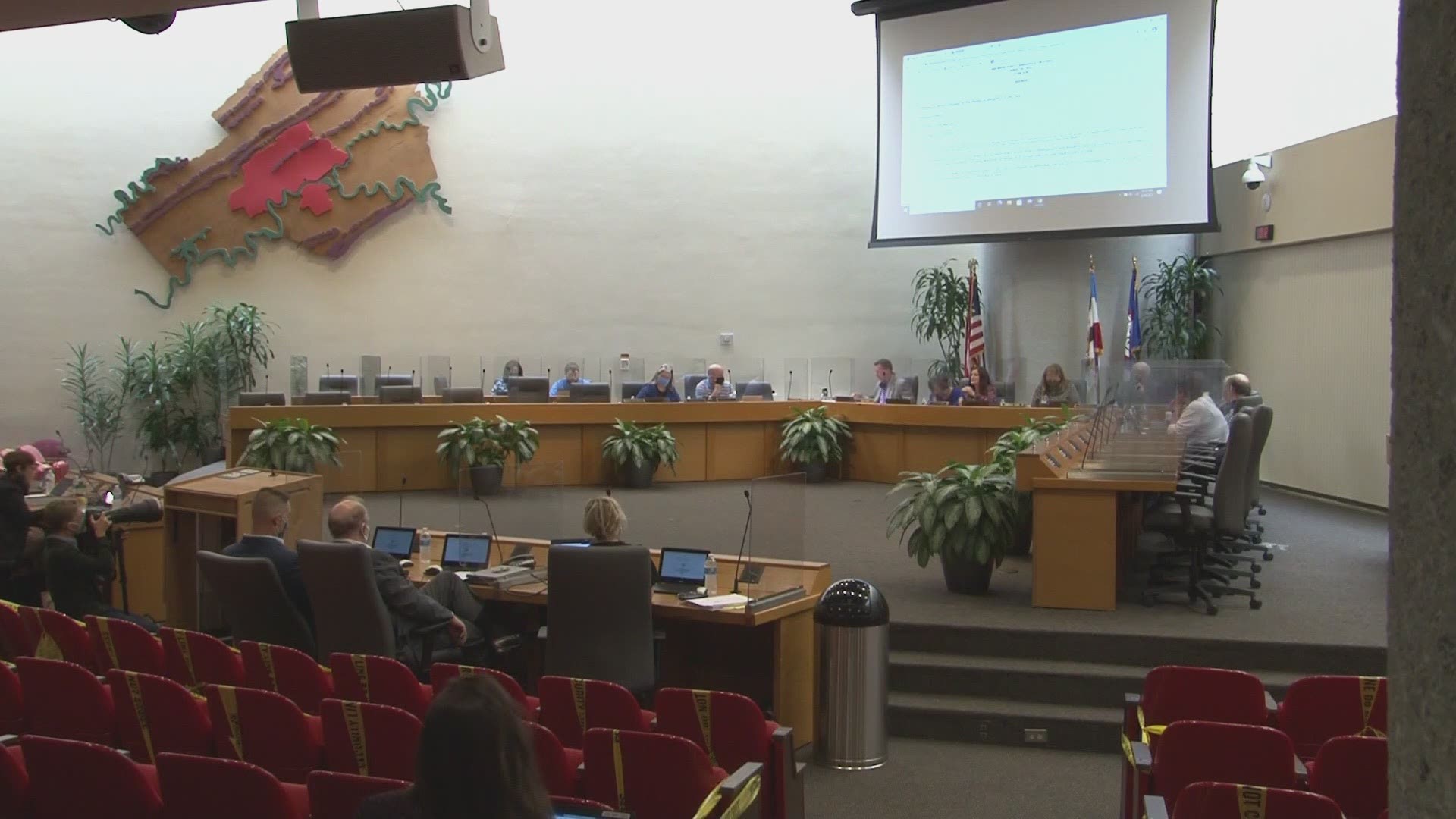 KNOX COUNTY, Tenn. — The future of school security and the future of masks will be discussed Wednesday night by Knox County school board members as they prepare for the end of a long, hard school year.

The 5 p.m. work session will be at the City County Building. The voting meeting will follow a week later.

Board members were supposed to discuss Friday what to do about the district's mask policy but couldn't agree to go forward with the agenda.

Superintendent Bob Thomas is recommending the district's requirements for students and staff to wear masks expire when school ends May 26. That would mean there'd be no mask requirement for summer school.

Further, "until August 1, 2021, the Knox County Schools will follow the current Tennessee Department of Health guidelines, which state that masks are recommended, but optional," a staff memo on the recommendation states.

Gov. Bill Lee last week announced he was lifting COVID-19-related requirements for 89 counties and advising the remaining metro counties including Knox County to lift their remaining restrictions by May 28. Knox County Mayor Glenn Jacobs quickly followed by ending the county mask requirement, although businesses can still enforce it at their discretion.

Some parents and educators have said they think it's best for Knox County Schools to keep a mask requirement. Others are ready for it to end.

They want to create a task force focused on school safety.

The goal includes reviewing the role of officers in schools and other safety protocols in place.

Board members are set to discuss a resolution to review the district's agreement with law enforcement and local government.

Knox County Schools has partnered with Knoxville Police and the Knox County Sheriff's Office since 1999.

Their plan calls for creating first, a subcommittee of three school board members to ensure this process is public.

It would select students, parents, teachers, administrators, community groups, and law enforcement officers from the city and county.

It also would also set aside $50,000 to use on reaching out to experts on school security.

Watson, the District 3 Board of Education member, drafted the resolution to involve more stakeholders in the community, "I think specifically when we talk about safety and security in our schools, we need a platform that can bring the community to the table."

Satterfield, the District 1 representative, is a co-sponsor of the resolution.

Watson continued, "So my resolution is not about making changes in the MOA. It's simply to outline a very special process to engage the community in a meaningful way."

Watson said the current Memorandum of Agreement, or MOA,  with law enforcement and local government, was approved in 2019.

He said that process took a year.

According to Watson, current and previous MOA's have never been a community-involved process. He's hoping the board will vote to change that.

Watson said, "I think the timing is right. Chief Gus Paidousis who is the head of security for Knox County Schools has publicly announced his retirement, which will happen in June. I think with the next hire, whoever that will be, they should have a say in this agreement."