The Joint Education Committee will discuss a new report that looks at performance and spending in the 5 biggest school districts in Tennessee. 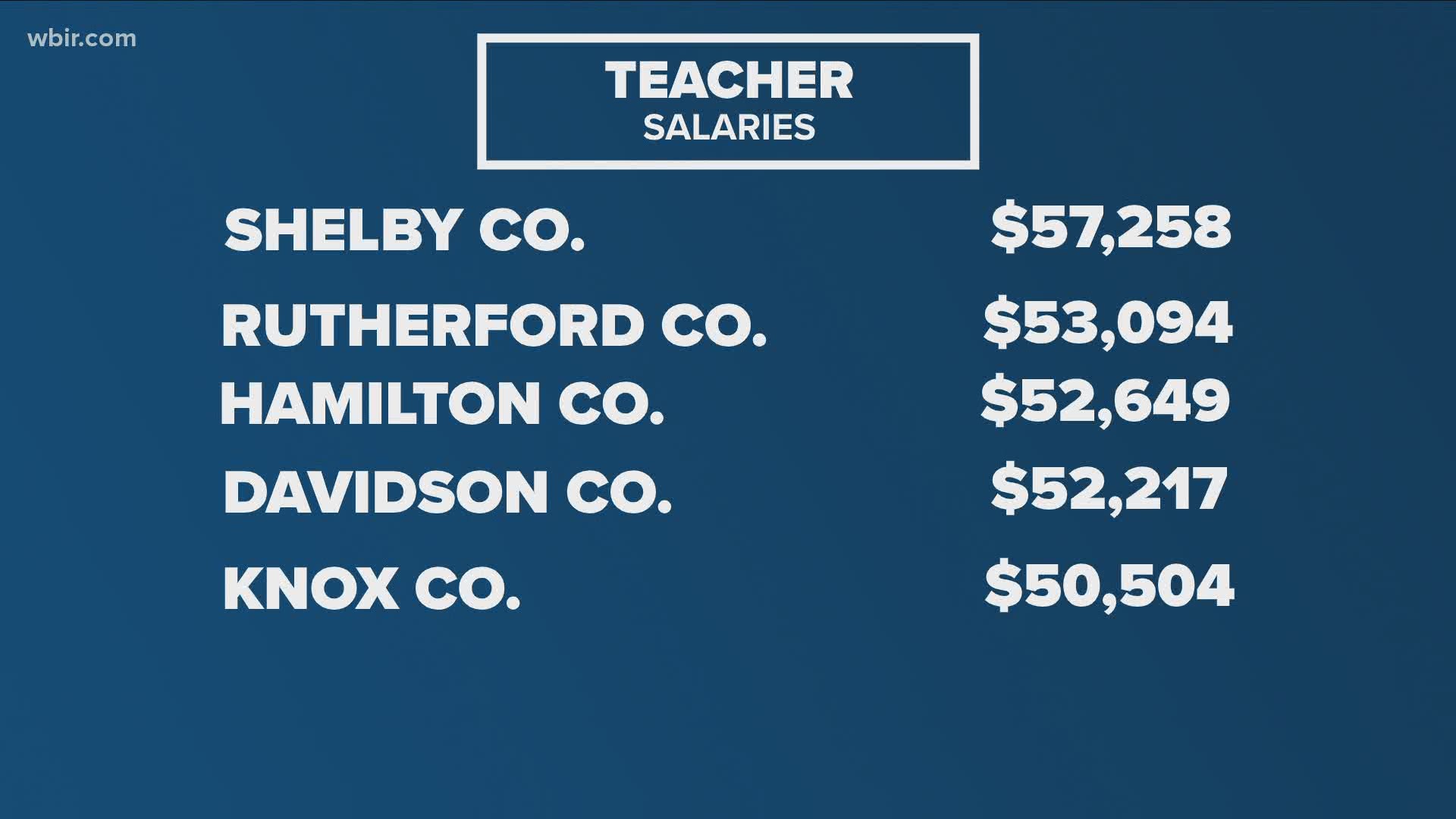 KNOXVILLE, Tenn. — A new report comparing the performance and spending the 5 largest school districts in Tennessee found that Knox County ranks fourth in spending per student.

The report compared Davidson, Shelby, Hamilton, Rutherford and Knox Counties. It found that Knox County spends around $9,871 per student, lower than the state average of $10,547.

Knox County Schools also ranked last for average salaries of classroom teachers. However, officials said this is because the county has a proportionally higher number of teachers and a lower funding level compared to other counties.

Knox County also reported 40.2 percent of students with at least a third-grade reading proficiency, higher than any other county in the report.