Officials said Jason Periard will start his new position as the Chief of Security for Knox County Schools on Aug. 1, 2021. 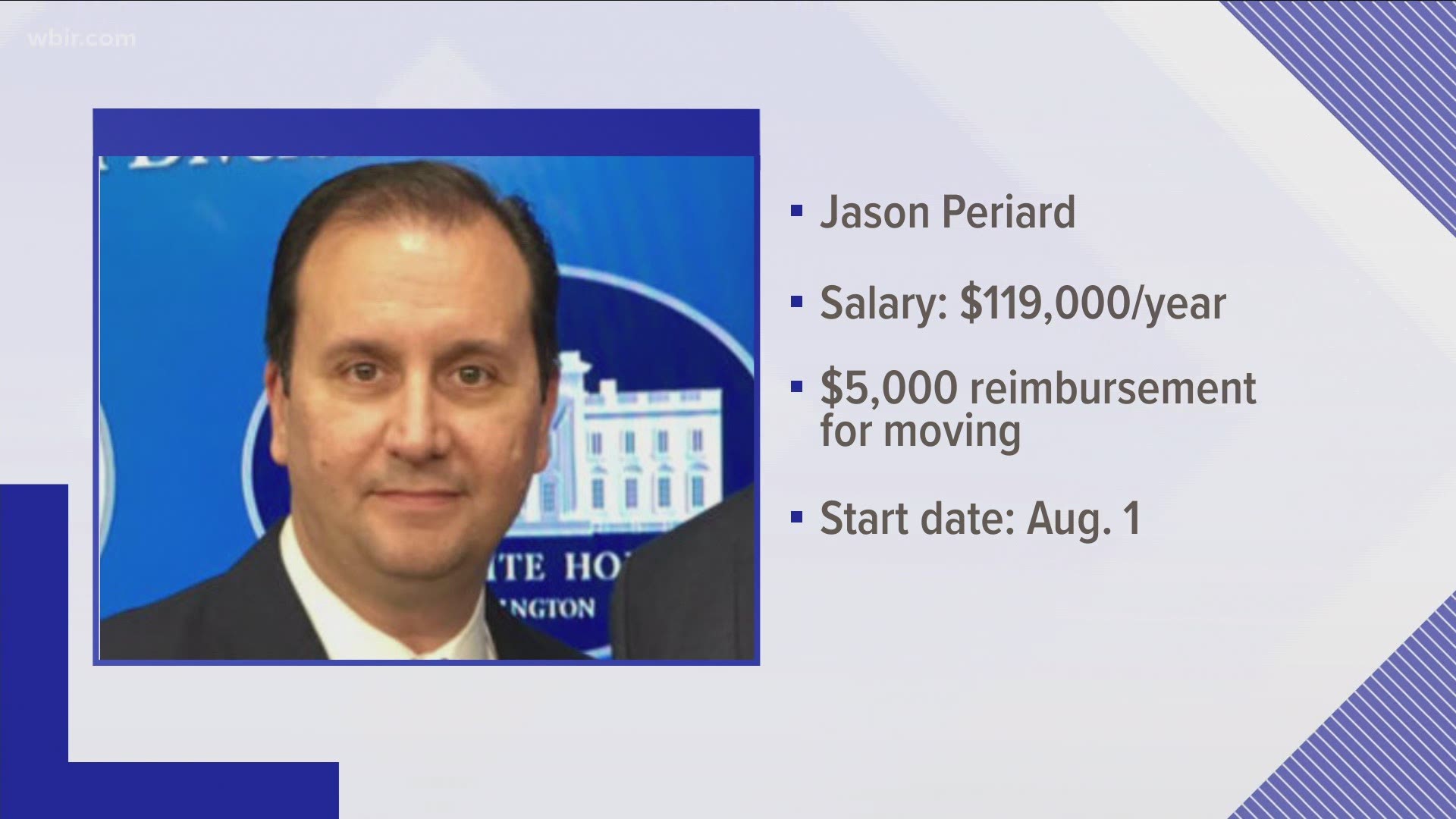 They said Jason Periard will replace the current chief of security, Gus Paidousis, who will be retiring on July 31. Periard is currently the vice president of the Community Security Initiative at the Jewish Federation of Los Angeles.

There, he helps oversee the security of more than 500 institutions, including over 100 schools. Before that, he served 21 years of active duty in the United States Marine Corps where he served in security positions throughout the world, according to officials.

He worked as a special agent for the Naval Criminal Investigative Service and as an investigations officer for the Marines.

“I am thrilled and honored for the chance to serve with Knox County Schools,” said Periard. “Safety is an essential part of the district’s educational mission, and I look forward to helping foster a vibrant environment that supports learning in each of the district’s schools.”

Superintendent Bob Thomas said that he believes Periard's experience in law enforcement, project management and program development means he is a good fit for KCS. The school district is in the midst of discussions over how to create a new security policy with the Knoxville Police Department.

Several families, teachers and students have spoken at board meetings, emphasizing that the old memorandum of agreement with police may not meet some schools' needs.

Board members voted against using a facilitator to collect community opinions on the new school security policies Wednesday night.

Thomas said earlier that he understands the urgency to create a new security plan before the next school year starts.

"I also believe that Mr. Periard’s experience in diverse, multi-cultural communities and his emphasis on earning public trust will support our district’s efforts to promote a positive culture and make all students feel welcome," Thomas said.