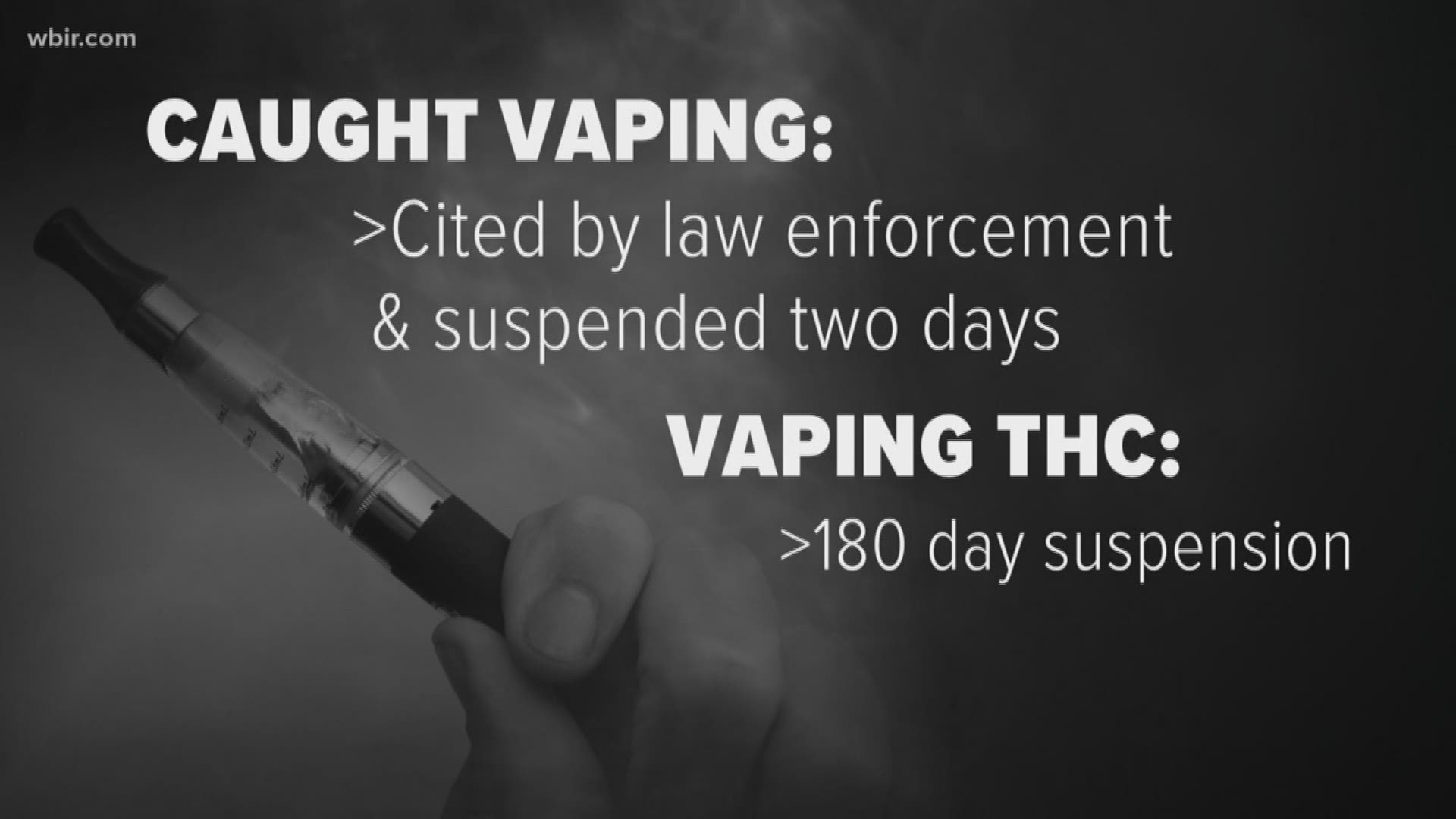 It includes a zero-tolerance policy for vaping THC, resulting in a 180-day suspension with alternative placement. It also includes fees of up to $164.

Knox County Schools executives said the new policy is meant to be preventative. It includes new resources meant to educate kids about health risks associated with vaping -- a trend they said has grown exponentially.

"Most of this is about prevention and keeping kids safe," Trent said.

The punitive parts of the policy include suspensions and fees. Students caught vaping nicotine for the first time will be cited $117 for court costs. They will receive a two-day suspension and be required to spend a day learning about nicotine dependence.

Then, Trent said, they will give a presentation or write a paper for their parent or guardian and a staff member.

Penalties are higher for second offenses. Students' court costs will be increased to $164 and they'll receive a four-day suspension. On the third offense, students face a disciplinary hearing that could result in a five-to-10-day suspension.

"It's a reflective process, one where we're engaging with the family," Trent said.

Trent said as of Dec. 19, schools reported between 350 and 360 vaping incidents this school year. He said 79 of those were at middle schools, 275 were in high schools and 39 involved THC.

The school system's new strategies include flyers, pamphlets, and other resources for students and parents, Trent said. It also includes preventative events like the Jan. 9 and Jan. 10 Youth Summit.

Trent said in the Youth Summit events, over 200 middle school students and over 200 high school students learned about vaping prevention. Those students, he said, will go back to their schools and educate their peers.

Students said they think messages against vaping can be better received if they come from classmates instead of officials or teachers.

RELATED: FDA raises minimum age to purchase tobacco from 18 to 21